78 Cracking Computer Jokes For Your Kids So many of us use computers every day, and sometimes our kids even more so!

It's easy to see why, with so much that we are able to do, whether that's talking to friends or playing games, and the ability to learn at the click of a button. So we've collected a list of 78 computing jokes, jokes on computer mice, websites, the internet, and much more.

If your kids love their computers, then these funny computer jokes will be the one thing you need to entertain the whole family.

Question And Answer Jokes About Computers

Some classic computer jokes to distract your kids from their screens.

1) What is the spider such a good computer programmer? It knows all about the web.

2) Why does the computer keep coughing? It has a virus.

3) How do you stop your laptop's charge running out? You hide its trainers.

5) How does a computer eat computer chips? With mega-bytes.

6) Why are elephants just like computers? They both have lots of memory.

7) What do you get if you cross an elephant with a computer? Bits of plastic all over the floor.

8) Why shouldn't you be scared of what you get when you cross a computer with a dog? Its bark is worse than its byte.

9) Why did the computer go to the opticians? It needed to improve its web-sight.

10) Why was the computer bad at tennis? It tried to surf the net.

11) How did the surfer break his computer? He tried to surf the web.

12) What is an alien's favourite key on a keyboard? The space bar.

13) Why did PowerPoint cross the road? To get to the other slide.

14) What do doors, pianos, and computers all have in common? They have keys.

15) Why was the computer late? It had a hard drive.

16) Who did the computer call when it was in trouble? A screen-saver.

17) How did the burglar steal the computer's things? It had left a window open.

18) How did the prisoner escape computer jail? He pressed the escape key.

20) Which of Cinderella's friends is always on her computer? Buttons.

21) Why did the keyboards break up? They weren't each other's type.

22) How do trees get on computers? They log on.

23) Why was the computer so chilly? Someone left the window open.

24) Why did the duck put his feet in the computer? He wanted webbed feet.

25) Why did the chicken cross the keyboard? To get to the other site.

26) What do you call a policeman crossed with a computer? P.C. PC

27) What does Steve Jobs like to order from McDonald's? A big Mac.

29) How did the computer escape when it was locked in the house? He got a window open.

30) How did people know Bill Gates farted at Apple HQ? There was no Windows.

31) Why was the computer proud of its son? The son was a micro-chip off the old block.

32) What's the woodcutter's favourite bit of his new computer? Logging in.

33) How many computer programmers are needed to put in a light bulb? None, it's a hardware issue.

34) What do you get when you cross a computer with a crocodile? A mega biter.

35) What do you get when you cross a computer with a freezer? Cold, hard data.

36) Why did WiFi marry the computer? They had a connection.

Have a read of these jokes - computer fans will love them!

41) I keep getting emails about canned meat, it's all Spam.

No, not those kinds of mice!

44) Why does the cat sit on the computer? To keep an eye on the mouse.

45) Why can't the boa constrictor use the computer anymore? It ate the mouse.

46) Where do the coolest mice live? In their mouse-pads.

47) What made the computer squeak? Someone stepping on its mouse.

48) Why don't elephants use computers? They're scared of its mouse.

49) What did one mouse say to the other mouse? I get a click out of you

50) What do you get if you cross a computer and a flying carpet? A mousemat

51) Why was there cheese in the keyboard? The mouse liked a snack.

Computer Jokes About The Internet

Your kids don't have to browse far to get a laugh.

52) What do you call the woman who married the internet? The wife-i.

53) How did the fisherman break his computer? When he went fishing, he tried to use the internet.

54) How did the boy break the school computer? His PE teacher told him to kick the ball in the net.

55) How did Granny get her head stuck in the computer? She wanted to put her hair in a net.

56) Why don't people like shopping on the Internet? Their shopping trolly rolls off the back of the computer.

57) Why do people not like the Internet? It has a huge e-go.

Are your kids on the computer so much you think they might be one and the same? Maybe they should ask these questions...

Ever since I was switched on!

You'd better get to the hospital right away!

I can't, my cable won't reach that far.

You're just run down, let me give you some medicine.

No, thanks. But I could do with some new batteries.

Stop letting things get on top of you.

Well, bring him in for an appointment.

I can't, I need to use him to finish my homework.

63) Doctor, doctor, can I browse the Internet on an empty stomach?

No, you should always do it on a computer.

Why would you think that?

I have a blue tooth.

We bet you haven't browsed these before.

65) Have you seen the maths website? Yes, it added a lot to my day.

66)  Have you seen the whoopee cushion website? I've only just got wind of it.

67) Have you seen the wind website? Yes, it really blew me away.

68) Have you seen the train website? Yes - it's just the ticket.

70) Have you seen the pins website? Yes, I was really bowled over.

71) Have you seen the counting sheep website? Yes, but it put me to sleep.

72) Have you seen the new hot cross bun website? Yes, it's my currant favourite!

73) Have you seen the cloud website? Yes, but it went right over my head.

74) Have you seen the history website? Yes, but not for a really long time.

75) Have you seen the science website? Yes, it was pretty explosive.

No thanks, I use Google. 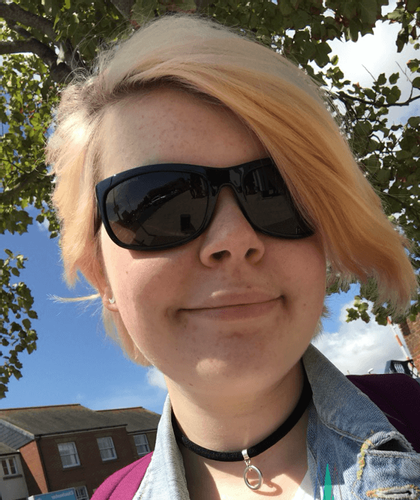 Just graduated from the University of Birmingham with an English degree, Meg has returned to West London after enjoying the sites of the West Midlands. Constantly surrounded by children from 3-12, Meg is a big kid who loves spending time with their family and finding new ways to entertain. When they're not doing that, Meg has an eclectic taste in interests that takes them around the country (and sometimes around the world), whether performing in Hayes, enjoying a Quidditch match in Oxford, watching a pro-wrestling match in Coventry, or dancing at a rock show at Brixton Academy.