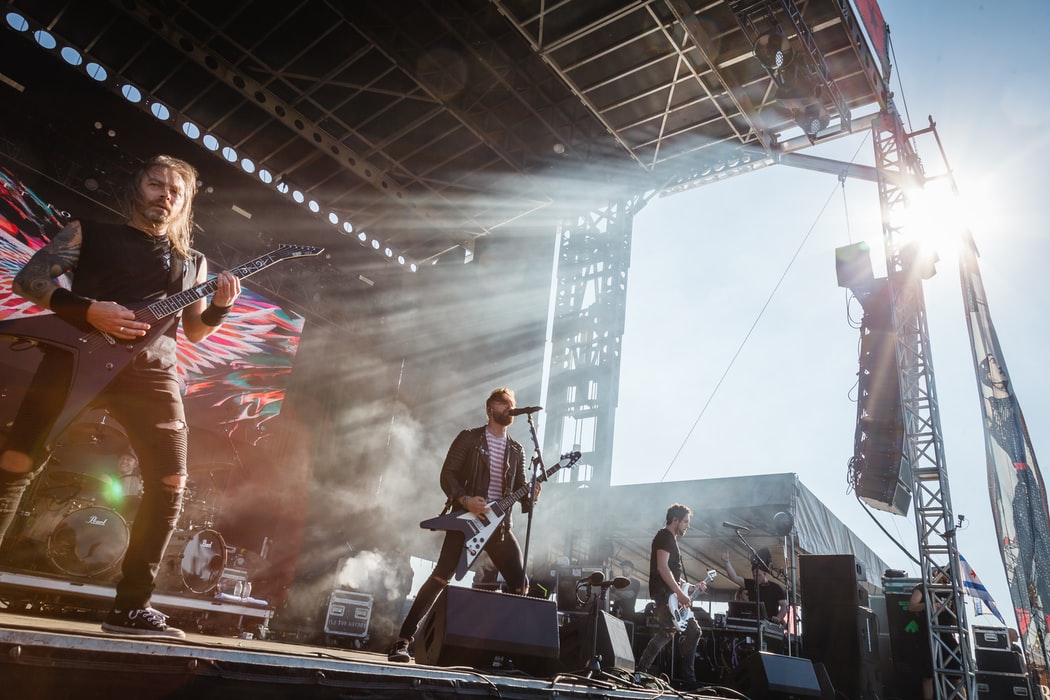 Dave Grohl is a popular American musician who is well known as the drummer of Nirvana and the lead vocalist of the band Foo Fighters.

After the death of Kurt Cobain and with Nirvana being disbanded, Grohl founded his own band Foo Fighters which is immensely popular among rock music lovers. The musical versatility of Grohl is proved by his ability to do songwriting, singing, playing the guitar and drums.

Initially, Foo Fighters started out as a one-man project, however, with the passage of time, Foo Fighters became a full-fledged popular band. So if you love rock music, play some popular tracks and go through these Dave Grohl quotes.

If you like Dave Grohl quotes, check out [Corey Taylor quotes] and rock and roll quotes.

Enlisted below are the most popular Dave Grohl quotes along with some Dave Grohl funny quotes.

2. "Once you find that inspiration, you shouldn't be afraid to follow it."

3. "I get to sit around and talk about rock’n’roll all day, then go play music with my friends and laugh...until it’s time to have a beer and get 80,000 people to sing with me.”

4. "...these kids today, they look at me like I'm Neil Young. Nirvana is the band their parents listen to."

5. "You look up to your heroes and you shouldn't be intimidated by them; you should be inspired by them."

6. "It's funny, there aren't too many musicians that also moonlight as studio engineers. There's a few - the really brilliant ones."

7. "Heavy metal would not exist without Led Zeppelin..."

8. "Any woman who's going to date a rock musician has to be prepared to repeat herself every 10 seconds. My wife asks me where we should go for dinner and it sounds like the schoolteacher from Charlie Brown."

9. "When Kurt died I was lost. I was numb. The music I had devoted my life to had now betrayed me. I had no voice. I turned off the radio. I put away my drums. I couldn’t bear to hear someone else’s voice singing about pain, or joy.”

10. "I can understand how some people might resent me for having the audacity to continue playing music, but it'd take a lot more than that to stop me from doing it. I started Foo Fighters because I didn't want to retreat."

12. "I don't think of Kurt as 'Kurt Cobain from Nirvana'. I think of him as 'Kurt'. It's something that comes back all the time. Almost every day."

14. "Every record we go into make we go in thinking we’re gonna make ‘Dark Side of the Moon’ or ‘The White Album’ but at the end of the day we end up with a Foo Fighters record there’s nothing we can do."

15. "There's something about heartbreak that makes for great music..."

16. "Because you have things like 'American Idol' and you've got radio stations that play music made entirely by computers, it's easy to forget there are bands with actual people playing actual instruments that rock."

Here are some of the most famous quotes along with Dave Grohl inspirational quotes.

17. "Through Kurt I saw the beauty of minimalism and the importance of music that's stripped down."

18. "If there's one thing I'm good at, it's gathering people together to do something fun."

19. “I guess for me punk rock is about a state of independence and if that’s Lil Pump then so be it. It’s about being free to do whatever the hell you want to do."

20. "When there's so much left to do, why spend your time focusing on things you've already done, counting trophies or telling stories about the good old days?"

21. "When you're recording to analog tape, it captures performance and you can't necessarily manipulate that in different ways. It is what it is."

22. "From one generation to the next, The Beatles will remain the most important rock band of all time."

25. "When I listen to music these days, and I hear Pro Tools and drums that sound like a machine - it kinda sucks the life out of music."

26. "I never needed much, and I never thought I’d get more than what I had. A trip to Burger King was the biggest thing in the world to me. Heaven.”

28. "When Nirvana became popular, you could very easily slip and get lost during that storm. I fortunately had really heavy anchors - old friends, family."

31. "When you're thirteen and listening to punk, the aggressive nature of music can sway you to the dark side."

32. "The most important thing for me is my family, and my health and happiness, and making sure everyone's cool."

33. "Always have the highest bar for yourself. Wake up everyday and no matter how crappy you feel, want to change something for the better. Do something that makes someone happy. Create something that inspires someone. Be someone's light when they are hopeless."

34. “I didn’t realize it [tea] had caffeine in it. After seven cups I thought I was going to have a heart attack.”

- Dave Grohl, 'Give The Drummer Some'.

In this category, you will find popular song quotes of the two bands of which Dave Grohl was a part.

37. "Come down and waste away with me

I don't have the right."

39. "Send in your skeletons

Sing as their bones go marching in again."

I've been locked inside your heart-shaped box for weeks."

This could take all night."

42. "With the lights out, it's less dangerous

Take your pictures down and shake it out."

Tarp has sprung a leak."

- Dave Grohl, Nirvana, ‘Something In The Way’.

45. "I've got another confession to make

Since I was a little boy with a toy gun.”

49. “You believe there's something else

To relieve your emptiness.”

Every direction leads me away.”

51. ‘I couldn't grow just living in the shadow

Where do you go when no one's following you?”

Here at Kidadl, we have carefully created lots of interesting family-friendly quotes for everyone to enjoy! If you liked our suggestions for Dave Grohl quotes then why not take a look at singing quotes, and Chester Bennington quotes.