45 Delightful Duck Names For Your Pet 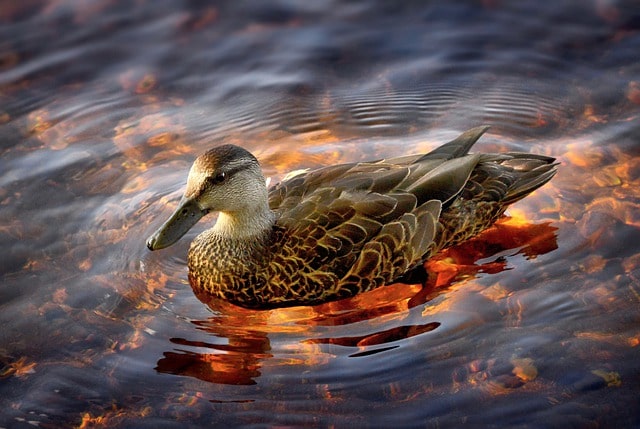 Naming a pet can be a difficult decision.

Picking a name for a pet duck is not an easy task. You will want to find a name that suits the duck and is agreeable to your entire family.

Choose names that everyone in your household can say, and won't be embarrassed to yell across the barnyard. The below list contains some serious and some funny duck names. Hopefully, one of these duck names will fit your new pet.

If you are looking to name babies rather than ducks or are simply wanting more naming inspiration, take a look at this list of the best earthy boy names and these nature inspired names.

All baby ducks (called "ducklings") are cute, but remember, your baby female duck will grow up to be an adult female duck (called a "hen"). Her fuzziness will disappear and the best name for your hen is a name that will grow with her.  Here are a few ideas.

3. Duchess - (Middle English origin) the name of a woman who holds the title to a duchy in her own right.

6. Marigold - (English Origin) the name of a flower, derived from Mary and Gold.

It is difficult to determine a duckling's gender, so here are some gender-neutral names.

9. Aqua - a bluish-green color, similar to water, before the last name Duck, sounds like "aqueduct."

11. Ducky Duck - your toddler will love this name.

12. Indigo - (Greek origin) means "from India", in English Indigo refers to a shade of dark purplish-blue, an excellent name for a blue duck.

13. Lucky Ducky - If you plan on spoiling your duck.

15. Quackers - if you adopt two, you could name them Cheese and Quackers.

16. Snowflake - a  splendid name for a white duck.

17. Waddles - this may describe the way your pet moves on land.

Funny Names For Your Male Duck

Male ducks are also known as "drakes." You can form a whole host of names by replacing "Jack" with "Quack."

19. Duck Norris - Chuck Norris fans will appreciate this one.

20. The Duckster - (the suffix -ster originates from Middle English) meaning "one who is" or "one who is associated with".

22. Moby Duck - if you are a Herman Melville fan, you might pick this name.

23. Quack Sparrow - a common name for ducks owned by Pirates of the Caribbean fans.

24. Quackin' Tarantino - this name is for a quirky, unpredictable pet.

25. Quackie Chan - a tall master of the martial arts.

26. Sir Quacks a lot - if your duck is noisy, consider this name,  derived from Sir Mix-a-Lot.

27. Webster - (the suffix -ster originates from Middle English) a nod to your duck's webbed feet.

Funny Names For Ducks Who Are Female

There are so many different names, lighten up the pond with some funny names.

28. Goose - a suitable name for a goose, but an even funnier name for a duck.

29. Mallorie Mallard - an alliterative name for a mallard.

There are many famous ducks in Donald Duck's family. This list is some of the commonly known Disney Ducks.

32. Daisy Fauntleroy Duck - The girlfriend of Donald, and aunt to April, May, and June.

34. Della - AKA Thelma, Dumbella, Donald's sister and mother of Huey, Dewey, and Louie, she becomes lost in space.

35. Dewey - Dewey is one of Donald Duck's three nephews, the identical triplet sons of his sister Della.  Also, a splendid name for a duck owned by a librarian.

37. Hortense McDuck - Mother of Donald and Della, Hortense was born in Scotland.

38. Huey - AKA Hubert Duck, one of Della's identical triplet sons.

39. Louie - AKA Louis Duck and Llewellyn Duck, the third of Della's triplet sons.

You may decide to name your duck after a famous duck. Choose wisely.

43. Duck Dodgers - Daffy as a star of a science fiction show.

44. Howard the Duck - a character in Marvel comic books.