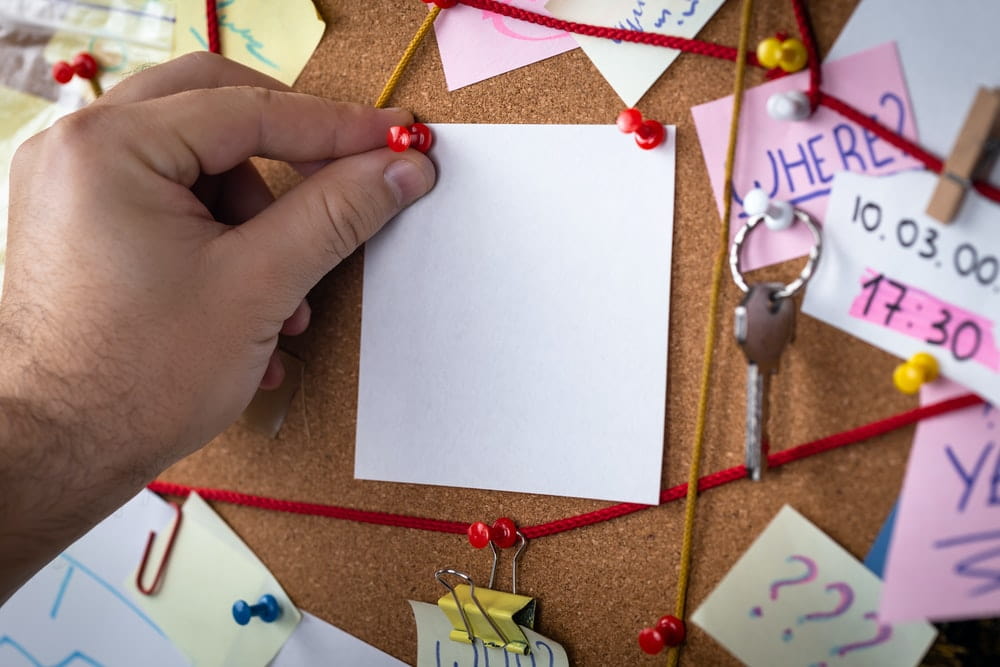 With the advent of streaming services, the popularity of true crime content is on the rise.

From podcasts to TV shows to documentaries and books, the mystery genre is the one that is loved by all. Over the past several decades, there have been some major standouts in this classic genre.

These stories play with framing and form and end with the perfect twist ending. They are well loved by all with a clue-finding and crime-solving itch. The characters in these stories have inspired thousands of other writers. If you are one of them, we have compiled a list of 102 Detective Names from detectives stories, popular books, movies, and TV shows to inspire your own character names.

A lot of people consider Sherlock Holmes to be the greatest detective of all. He is also one of the most popular ones. His attention to detail, observational skills, patience and his ability to talk to people and get information from them are some of the defining characteristics of any detective.

This list of detective names includes famous detectives, popular detectives and detectives famous for their wits. You can also check out the best hacker names and the best adventurer names for more inspiration.

1. Adrian Monk, a police consultant from the TV series ‘Monk’. One of the famous detectives.

2. Albert Campion, an aristocrat who appears in the TV show ‘Campion’. A famous detective known for his wits.

3. Alex Cross, a former FBI agent and tempered psychologist who appears in movies and several books. One of the famous detectives.

5. Barnaby Jones, from ‘Barnaby Jones’ who comes out of retirement after the murder of his son. One of the most famous detectives.

6. Boston Blackie, a reformed jewel thief who made appearances in multiple movies. A private detective.

7. Brother Cadfael, a monk from the early twelfth century in the TV series 'Cadfael'.

9. C. Auguste Dupin, an upper-class gentleman who appears in multiple novels in the mid nineteenth century.

14. Dick Barton, an ex-Commando appearing in a TV series, radio series, and multiple movies. One of the most tough detectives.

15. Dirk Gently, a famous detective known for his investigating abilities.

16. Don Corey, owner of Checkmate Inc., a detective agency based in San Francisco.

20. Ellery Queen, a mystery editor and writer of a magazine.

21. Encyclopedia Brown, one of the most famous detectives.

22. Father Brown, another of the most famous detectives.

23. Garrett, a private investigator who works with the Dead Man, his partner, in a novel series.

24. Gay Falcon, one of the famous detectives on this list.

25. Hamilton Nash, from ‘The Dain Curse’. One of the most famous detectives.

26. Hercule Poirot, a private detective famous for his wits. One of the most famous detective names.

30. Jeff Randall, from ‘Randall And Hopkirk’.

31. Jim Rockford, from ‘The Rockford Files’.

33. John Shaft, a classy and suave private investigator who appears in three movies.

35. Jonathan Creek, a creative consultant working with a magician in a TV show by the same name.

36. Joseph Rouletabille, a journalist who appears in a novel series and several movies.

39. Matt Helm, a private investigator and a retired spy in the TV show of the same name.

41. Mike Hammer, a private investigator who doesn't shy away from violence in a novel series, multiple TV series, and movies.

42. Nick Carter, a master detective in a movie and a long-running radio show of the same name.

50. Shell Scott, a six-foot-two private eye and an ex-marine in multiple novels.

Here is a list of famous female detective names.

53. Agatha Raisin, a famous detective and former public relations professional who appears in several novels and a TV series.

54. Alex Morrow, a female detective working in a dark and moody society, appears in a series of crime novels.

55. Amelia Peabody, a rich egyptologist appearing in a novel series.

57. Antoinette Conway, a cynical, tenacious, and blunt detective who appears in a novel series.

58. Barbara Havers, a sergeant working in Scotland Yard who is a poignant character in the TV show ‘The Inspector Lynley Series’.

60. Bertha Cool, an atypical widow and a professional private investigator who partners with a disbarred lawyer, appears in multiple novels.

63. Carlotta Carlyle, an ex-cop, ex-cabbie private investigator who appears in a novel series.

64. Chris Cagney, a police officer working in Manhattan who solves everything from gambling rings to murder, appears in the police procedural TV show ‘Cagney And Lacey’. This is one of the most famous detective names.

65. Claire DeWitt, a teen detective working in Brooklyn who follows the detective Jacques Silette in a novel series.

66. Clarice Starling, a strong and assertive FBI agent who appears in the books ‘Hannibal’ and ‘The Silence Of The Lambs’ and movies of the same names. One of the most famous detective names.

67. Cordelia Gray, a young woman who inherits a detective agency, appears in two novels and a TV series.

68. Dana Scully, a professional and skeptical FBI agent in all seasons of the supernatural series ‘The X-Files’ and the subsequent movies.

69. Darlene O’Hara, an NYPD detective who appears in a book series.

71. Enola Holmes, sister of the renowned Sherlock Holmes, appears in the movie of the same name and the novel series ‘The Enola Holmes Mysteries’.

73. Honey West, an ocelot owner and a detective in a novel series and a TV show by the same name.

74. Jane Marple, an amateur detective who appears in several novels and short stories.

77. Jessica Jones, the female detective and superhero of the Marvel Universe who appears in multiple comics and her own Netflix TV series. One of the most famous detective names.

78. Joan Watson, the former partner of Sherlock Holmes and a private detective in the TV show ‘Elementary’.

80. Lisbeth Salander, a private investigator and a world-renowned hacker, appears in the book ‘The Girl With The Dragon Tattoo’.

81. Madelyn ‘Maddie’ Hayes, a clever former model and the owner of a detective agency, appears in the TV show ‘Moonlighting’.

83. Mary Russell, a teenage bookworm, bumps into Sherlock Holmes and becomes his apprentice in the novel ‘The Sussex Downs’.

84. Miss Marple, an old spinster, appears in a novel series, short stories TV series, and multiple movies. She is a very popular detective character, among the most famous and popular detectives.

85. Modesty Blaise, a daring investigator with a criminal history, is featured in some short stories and multiple novels.

86. Nancy Drew, a young, high-school graduate and detective who is featured in several books, movies, and TV series.

87. Olivia Benson, a powerful, female police captain who leads the SUV squad in the TV show ‘Law And Order: SUV’.

88. Phryne Fisher, a wealthy aristocrat and detective in the novels series and the TV show ‘Miss Fisher’s Murder Mysteries’.

89. Precious Ramotswe, a female private investigator who features in multiple novels and the TV show ‘The No. 1 Ladies’ Detective Agency’.

90. Rosemary Boxer, a gardening detective in the TV show ‘Rosemary And Thyme’.

91. Sally Lockhart, a teenage girl who is a detective, she is featured in a novel series and multiple movies.

93. Sharon McCone, an investigator working at All Souls, appears as the lead protagonist in several short stories and novels.

94. Sister Fidelma, a Celtic nun, appears as a protagonist in the novel series ‘Sister Fidelma Mysteries’, set in the mid seventh century.

95. Stella Gibson, a famous detective superintendent, working for the Police Service of Northern Ireland in the TV show ‘The Fall’.

96. Stephanie Plum, a female bounty hunter who solves crimes in more than 20 novels and a movie starring Katherine Heigl.

97. Sydney Kells, the investigator in the New York detective agency and the daughter of a deceased policeman in the TV show ‘Sydney’.

99. Trixie Belden, a young private investigator who solves crimes with her friend Honey Wheeler or the group named Bob-Whites of the Glen in a series of mystery novels.

100. V.I. Warshawski, an athletic private investigator, appears in multiple novels, short stories, and a movie of the same name.

101. Velma Dinkley, a part of the Scooby gang, unmasks the baddie in several TV series and movies. One of the best detective names on the list!

Kidadl has lots of great names articles to inspire you. If you liked our suggestions for famous  detective names, then why not take a look at some different names, such as the best wizard names or the best noble names to inspire you. 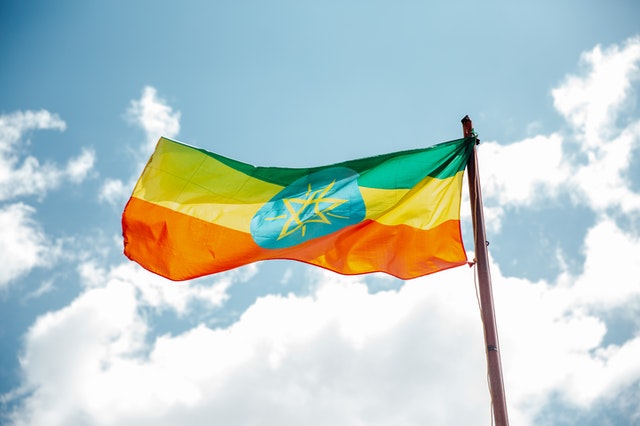 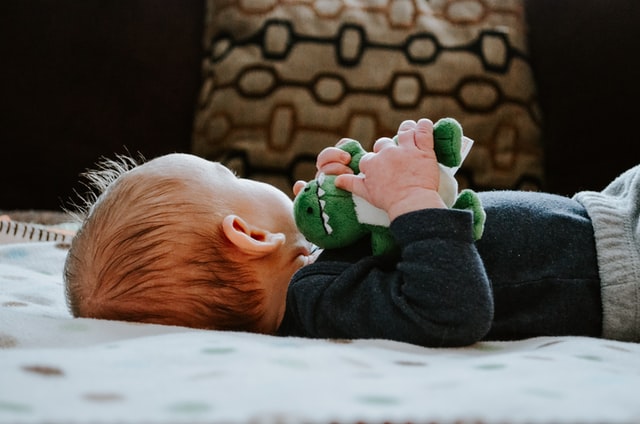 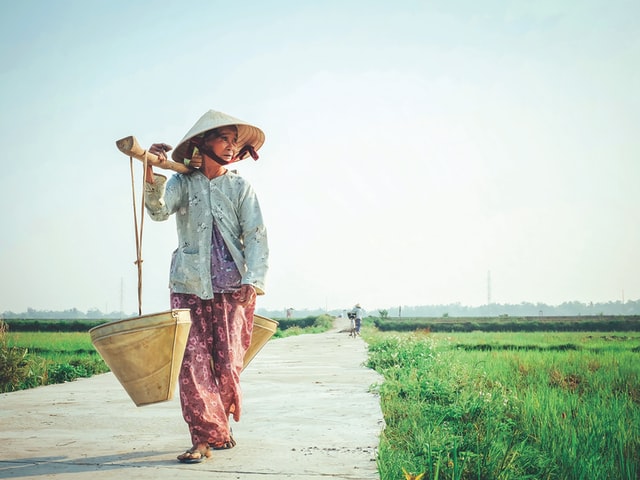