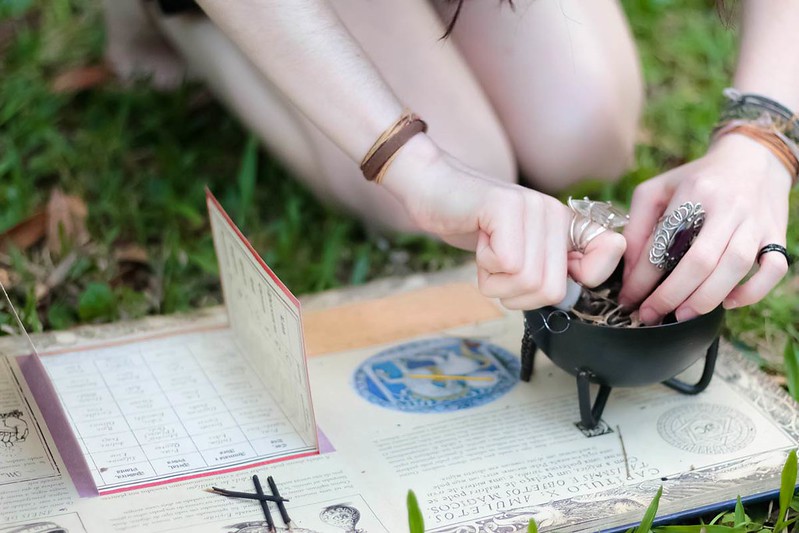 The druid is a character class that is playable in the iconic fantasy role-playing game 'Dungeons & Dragons.'

They have magical powers that are nature-themed and a unique ability to morph into various animal forms. The druids achieved their names from the pre-Christian Celtic priests who were also called druids.

Originally, they appeared in the game as non-playable characters, but in 'Advanced Dungeons & Dragons', they were one of the available standard character classes. They were clerics who stuck to a special code of conduct and maintained a Neutral alignment. In exchange, they would gain special powers and spells. However,  their choice of weaponry and armory were limited. Additionally, they could cast spells more than a magic-user and were faster in speed than clerics. They could also use both attack and healing spells. In the second edition of the game 'Advanced Dungeons & Dragons,' their role was to act as advisors to the chieftains who greatly influenced their tribesmen. In 'Dungeons & Dragons,' 3rd edition, the druids can use various forms of weaponry. However, they lose the ability to cast spells or changing into animal form if they wear metal armor, although they can have a special animal companion.

Be it by invoking all the elemental forces of nature or shape-shifting into the creatures of the animal kingdom, the druids as beings are symbolic of the resilience of nature, including its cunning and wrath. They show no vanity or arrogance and do not claim to be nature's controller, but consider themselves the extensions of nature's invincible volition.

The alternate core version of the Druid, is known as the Sentinel, as mentioned in The 'Essentials' rulebook 'Heroes of the Forgotten Kingdoms.' Here is a great list of the top 50 druid names you will be enchanted with. Unlike with a druid name generator, here you can get a meaningful name for your druid.

The female Druids were called "bandraoi" or "bandruí." However, in popular culture, they are also called "druidess." Here is a list of druidess names, AKA female druid names.

Here's a list of male druids names with beautiful meanings and various origins.

Looking for druid names inspired by mythical legends? Refer to this list of names, which is undoubtedly one of the best.

41. Acheron (Greek origin) meaning "River of sorrow or woe." Located in the underworld, the spirits have to cross Acheron to forget their life's memories, a fitting name for a dark druid.

42. Aed (Irish Origin) meaning "ruler of the underworld,"; a great mythical name for a druid from Irish legend.

43. Boreus (Greek origin) meaning "north wind." It is a beautiful mythical name for a druid especially because of their special connection with nature.

44. Cypress (Greek origin) meaning "adaptable" and "long-lived." It is a new kind of mythical name for a druid.

46. Echo (Greek origin) meaning "sound,"; a common and sonorous name for a druid, which is derived from a Greek mythological legend of a nymph.

47. Erebus (Greek origin) meaning "the land of the dead" or "the underworld'; one of the most intimidating and dark-sounding unisex names for a druid.

48. Iapetus (Latin origin) meaning "to wound" or "to pierce." It is a beautiful name derived from fro mythology and appropriate for a warrior druid.

49. Lir (Irish Origin) meaning "ruler of the sea." It is a beautiful druid name for druids with an affinity to water.

50. Nikephoros (Greek origin) meaning "to carry a bear." It is a perfect druid name especially for the ones who can transform into a bear or have a bear companion.

Kidadl has lots of great names articles to inspire you. If you liked our suggestions for Druid Names then why not take a look at Tortle Names, or for something different take a look at Greek Cat Names.