100+ Fantasy Girl Names With Meanings For Your Characters 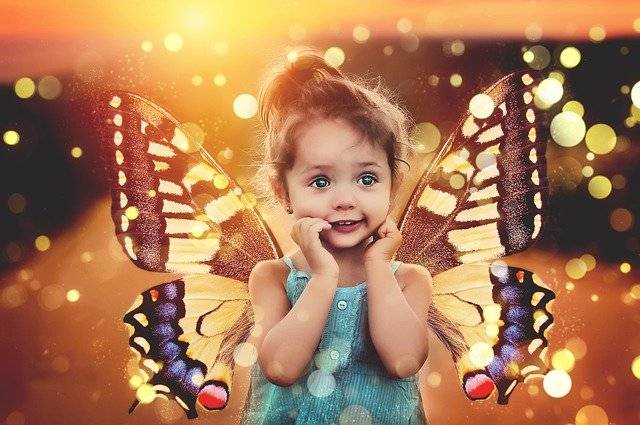 There are a plethora of female girl names from the sci-fi and fantasy worlds to choose from for your strong and unique female character.

However, it is important to choose a fantasy name that matches the character of your daughter. On top of everything, the name has to be meaningful and unique.

If you are a fantasy lover, you might want to create your own fantasy name. There are many ways to create a fantasy name. First, you need to go through some of the ancient languages like Old Norse or Ancient Greek to find the right name for your character. If you want the name of a fantasy place, you can check the characteristic of the place and then use it as a prefix or a suffix against the name of an ancient town or city name. For example, J.K. Rowling uses 'Hog' as a prefix in the Harry Potter novel, (hence, the name Hogwarts) and thus, she created the word Hogsmeade by attaching Hog with Meade. Portmanteau or smashing words together is another way to give a cool character name in your sci-fi and fantasy book series.

In many instances, a fantasy baby is given the name of characters from sci-fi and fantasy that the author deeply loved during their childhood. Such fantasy girl names derived from the sci-fi and fantasy worlds create an aura of mystery, wonder, and magic to the bearer. This list of 100+ female names from the worlds of sci-fi and fantasy as well as myths and legends will help you in your quest to find the perfect female fantasy names for your character.

For more fantastical names, take a look at Mythical Names and Celestial Names.

1.  Aerwyna (English origin) - Friend of the sea. A faery name related to sea.

7. Astraea (Greek origin) - She was the Greek Goddess of Justice.

8. Athena (Greek origin) - Name of the Greek goddess of courage, wisdom, and law and justice.

9. Bellona (Roman origin) - The goddess of war and peace.

11. Cassandra (Greek origin) - Daughter of the King and Queen of Troy known for her beauty.

14. Clio (Greek origin) - Daughter of Mnemosyne and Zeus and the Greek muse of History.

16. Carme (Greek origin) - Name of Demeter's assistant who helps her in the time of harvest.

17. Daphne (Greek origin) - She was the daughter of the river God.

18. Danae (Greek origin) - Princess of Argos and the mother of Perseus.

24. Erato (Greek origin) - One of the nine muses of Greek lyric poetry.

25. Europa (Greek origin) - A Phoenician princess who was abducted by Zeus.

27. Freya (Nordic origin) - The Goddess of beauty, love, fertility, and war and death.

28. Gaia (Greek origin) - The mother Goddess of the earth.

29. Hecate (Greek origin) - The Goddess of witchcraft and magic.

30. Helen (Greek origin) - She was the daughter of Zeus and Leda.

31. Hera (Greek origin) - Queen of Gods and Goddesses.  Hera is also synonymous with being powerful.

32. Inanna (Mesopotamian origin) - The Goddess of fertility, love, and war.

35. Juno (Roman origin) - The Goddess of marriage and women.

37. Nona (Roman origin) - A Goddess whose name means "ninth". She is called upon by pregnant Roman women in their ninth month for protection.

47. Rosmerta (Greek origin) - The Goddess of abundance and fertility.

48. Sága (Nordic origin) - The Goddess of wisdom and poetry.

49. Sól (Nordic origin) - The personification of the sun.

50. Thalia (Greek origin) - Another word for the Greek grace "abundance".

Fantasy Girl Names From The Sci-fi And Fantasy Universe

55. Aerendel (Greek origin) - A deity with obscure powers, who might also be deified as the pole star. Tolkien named his character Eärendil after this deity.

59. Arrietty (Greek origin) - From Hayao Miyazaki's Ghibli film of the same name. It means "Ruler of the house".

66. Eowyn (Fictional origin) - Eowyn is the name of a character in 'Lord of the Rings' by Tolkien. It is one of the unique names created by Tolkien himself.

67. Luna (Roman origin) - Name of Luna Lovegood who is one of the important characters in J.K Rowling's 'Harry Potter' series. It is also the name of the Moon Goddess.

68. Porpentina (Archaic origin) - A titular female character from 'Fantastic Beasts and Where to Find Them'.

70. Ender (Turkish origin) - Originally the name of a boy from the sci-fi novel 'Ender's Game'. It also makes up for a good name for a girl.

72. Eretria (Greek origin) - A leading character in 'The Shannara Chronicles'.

76. Isabeau (Hebrew origin) - Name of the lead in the movie 'Ladyhawke'.

78. Kara (Welsh origin) - The name refers to Kara Danvers who is 'Supergirl'.

82. Mazarine (French origin) - Named after Mazarine Ford who acted as Alison Ford in the film 'Reflector'.

83. Minerva (Roman origin) - One of the most important characters in J.K Rowling's 'Harry Potter Saga' who is a transfiguration professor and head of Gryffindor, Minerva McGonagall. It refers to the "Goddess of war and wisdom".

85. Nessa (Latin origin) - She was among the last queens of Tolkien's universe 'Arda', who is famed for her agility and is often accompanied by deer.

86. Nienna (Fictional origin) - Tolkien's fictional universe 'Arda'. She is the Lady of Mercy who constantly cries for the world's evils and her tears bringing hope and healing.

90. Rosalind (Old German origin) - Name of the protagonist in William Shakespeare’s 'As You Like It'.

92. Sansa (Sanskrit origin) - Sansa Stark, the elder sister of Arya Stark in 'The Game Of Thrones'.

93. Seraphine (French origin) - meaning "the burning ones". It is also the name of a Dryad quest giver in the 'World of Warcraft'. One of the fascinating girl names.

98. Vána (Cambodian origin) - One of the most beautiful divine queens from Tolkien's world, Yavanna younger sister. One of the unique girl names.

99. Violet (English origin) - From 'A Series of Unfortunate Events'.

103. Zazie (Hebrew origin) - Named after the character Zazie from Raymond Queneau's 'In The Metro'.

104. Zyla (Polish origin) - A name derived from 'World of Warcraft' referring to a Blood Elf.

Kidadl has lots of great names articles to inspire you. If you liked our suggestions for Fantasy Girl Names then why not take a look at Names Meaning Dragon, or for something different take a look at Arthurian Names.