90+ Fish Puns That Are Fin-Tastic 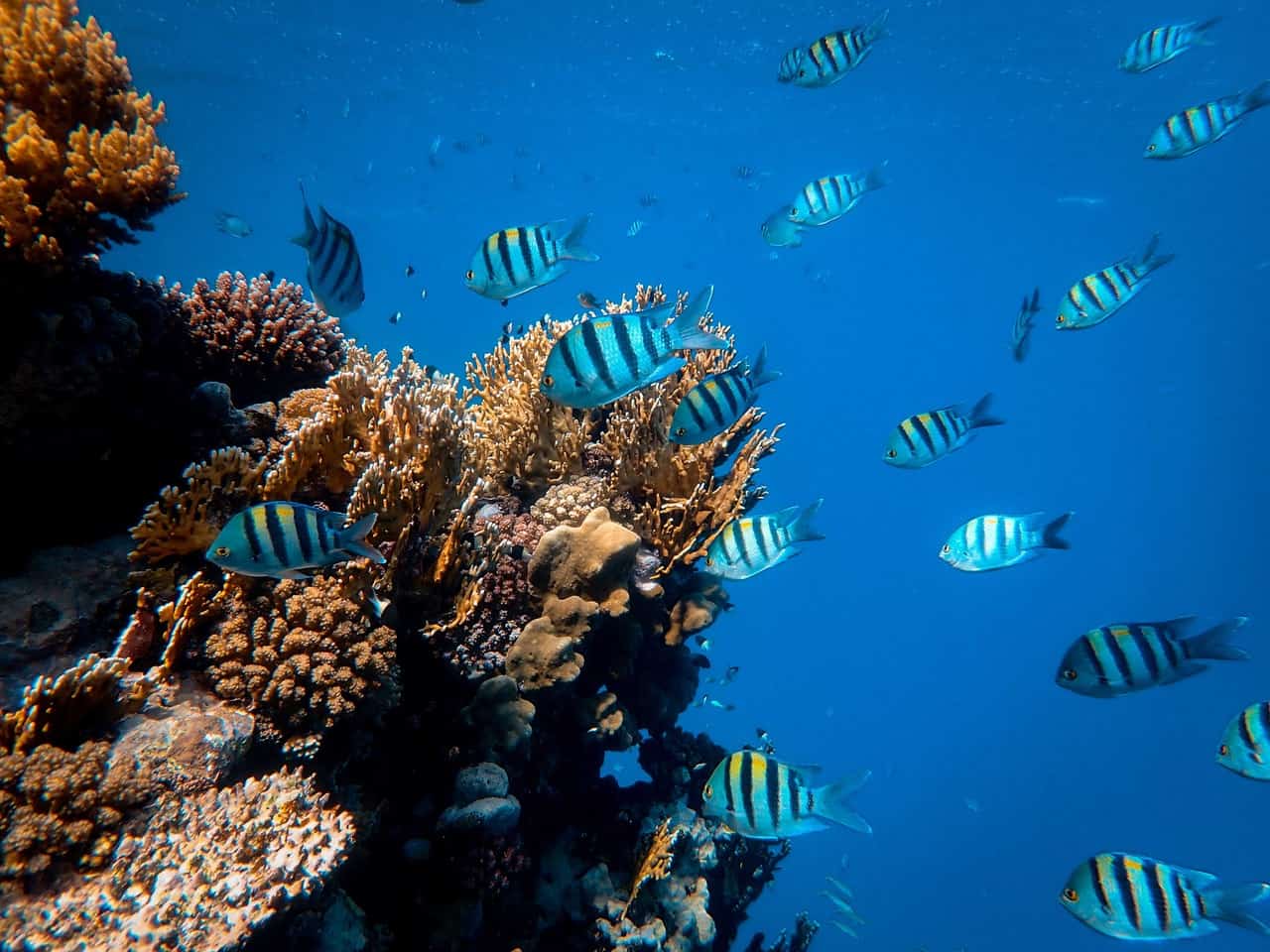 There are so many different kinds of fishes in the world, making way for just too many fish jokes.

Are you that crazy kind of fish lover who just can't think about anything but fishes? Then fish puns are just perfect for you!

Have ever visited an aquarium and stopped around to admire the beautiful and different colors of fishes? Well, did you know this fish world can be hilarious too? So if you like fishing, or are a fisherman, or like going to a seafood restaurant, or even just want to hear some hilarious fishing puns, then this is the right place for you. We've collected everything funny about fishes, and you will find some extremely fishy puns.

There are so many species of fish out there, which include tuna, koi, goldfish, starfish, flounder, minnow, halibut, salmon, and clams. And with more variety comes more puns, which are double the fun! And these fish-based jokes maybe even better than the regular pet jokes. So have a look at this specially curated list of some cool and trendy fish puns.

For more funny puns and jokes, take a look at these octopus puns and beach jokes, right here on Kidadl.

Here the puns are as fishy as it gets and bound to tickle some funny bones. Presenting to you the list of some of the funniest and hysterical fish puns that we hope you'll love.

1. Yesterday, a sofish-isticated fish was reported in heaven. It must be an Angelfish.

2. The comedians decided to in-dolphinitely scale back to fish puns as they had become very popular.

3. In the fish test, all the fishes got bad grades - they were below sea level.

4. Did you know McDonald's opened up a new store underwater? They named their meal of the day Big Mackerels.

5. In the fish court, the judge and jury announced their decision as "We, the jury, find this site gill-ty of too many fish puns!

6. If you want to get pool fish puns, then your bait is finished!

7. The protagonist of this fish movie is a super star-fish.

8. The teenage fish was suspended from the school as he was talking on his shell phone in lessons.

9. During winter evenings, in order to keep warm, the fish started to wear a shoal.

10. The baby fish was trying to gill-t his mother to get her a plankton.

11. Apologies for my awful attempt at fishing for laughs.

12. Most of the fishermen were stingy because their work made them shell-fish.

13. DJ's aren't allowed to work at fish markets as they were often found dropping the bass.

14. The shopkeeper had to throw all the clams out as they were past their shell-by-date.

15. In the fish mass, all the fishes would pray to Cod Almighty.

16. When the fish comedian started off with his fishy jokes, the irritated audience shouted, "For Cod's hake, don't sea more fish puns?"

17. The first space fish was launched today, he flew into trouter space.

18. Fishes cannot play music that well because you can tuna guitar but you can't tune a fish.

19. Always guard your wallet when going through schools of fish if you do not want to be pike-pocketed.

20. Hey cod! If you keep pestering me I'm going to get a haddock.

21. One fish decided to start a charity as he was eely good at findraising.

22. When you catch one fish but could have caught a tuna - the loss of opportunity is called an Oppor-tuna-ty Cost.

23. "Omega 3 is offishoily the best supplement". declared the fish scientists.

24. When the fish felt jealous of his rich friend, he said to himself, "No, I'm betta than this!"

25. The work case of the fish was called a b-reef-case.

26. A fishes that live here are causing a ruckus. They are giving me a haddock!

27. You better not get tanked or else you will feel my wrasse!

28. When the teenager tried to leave the school, papa fish said, "That's an a-trout-ious statement!"

30. After a party the fish bid adieu to the guests by saying "Tanks for coming!"

31. Some fish had to live at the bottom of the ocean. Because they are dropped out of school.

32. The fish had a habit of never taking any responsibility as according to him it was salmon else's fault.

If you're looking for a smart fish pun for your fish blog post or Instagram then this is the correct list for you. Here we present you the list of some of the well put-together and best fish puns that are super clever.

33. The wife told her husband that she wanted to go up near the surface to bask in the sun. The husband said, "This is not the time or plaice for such a risky action."

34. The fishes were very easy to weigh because they had their own scales.

36. One fish greeted another during Christmas, "I fish you Merry Christmas!"

37. Hey miss sofish-isticated, look how we all are swimming along nicely!

38. My dad loved to fish. But eventually, he had to retire since his net income was too low.

39. The fish introduced herself "I'm a bass-ic fish" to every classmate in a fish school.

40. "With friends like them, no one requires anemones." said the hurt fish.

41. The old fish left the school and went his way. He wanted to be a monkfish.

42. The brother fish did not want to stay at home because his sister had married his nemosis.

43. Today I am going to see a singing fish once in the Choral Reef.

44. The plot twist of the 'Fish in the Sea' story at the end, it really got fin-teresting.

46. Have you seen a lazy fish in school; she always stays at C.

47. If fishes had a love language that would be like "I'll love you for a krill-ion and more years".

48. "I think it's time for me to scale back," thought the fisherman as he was too much into fish puns.

49. At the time of crises, the kingfish said to every fish, "Let's all just clam down, shell we!"

50. You don't have to be a brain sturgeon to come up with a fish pun.

If you are a food lover who happens to eat and binge on fishes quite a lot then this list of puns is what you would relate to the most. We present to you the list of some of the best seafood-related fish puns:

51. Something tastes funny that'd be the clownfish!

52. Most fish will tell you they love their food cold, and their bait a little worm.

53. My grandmother Eleanor gave me her fin-tastic seafood recipes but nobody wants to try my banana shark-e.

54. Holy Shrimp! The Scampi said to the frightened fish when ready to be served.

55. If you cod to merge a fish and a banker, you might have a loan shark!

56. If you find the fisherman stealing any fish, let minnow immediately.

57. Seafood is often considered healthy as they are really good for the mussels.

58. The fish comedian was so good at landing his jokes that he was kraken up the audience.

59. The shark had to make a ton of fish-eye soup as that would see her through the week.

60. Mayor Mackerel loved to speak to his constituen-sea.

61. The husband was hooked to his wife. He loved her from his sole.

62. The perfect gift a son fish could give his fish father is a barbecue gill!

63. The seafood best served in saunas is steamed mussels.

64. The chef was found to be very busy in a seafood restaurant as he had a lox on his plate.

65. The shark is on a seafood diet. She only eats when she see seafood.

66. You might know that the government never trust seafood places, because they are always a bait fishy.

67. You have to speak up a little if you want to make elderly fish listen to you. They are often hard of herring.

68. An octopus got an indomitable laugh because it was triple tail-tickled.

If you have a fish pet at your place and are trying to find some cool fish pun name for them then this list is made for you. We present to you the list of some unique and fintastic pun names for your fishes inspired by pop culture:

72. Betta White (From Betty While)

Here at Kidadl, we have carefully created lots of great family-friendly puns for everyone to enjoy! If you liked our suggestions for fish puns then why not take a look at ocean jokes, or for something different, take a look at tree puns and jokes. 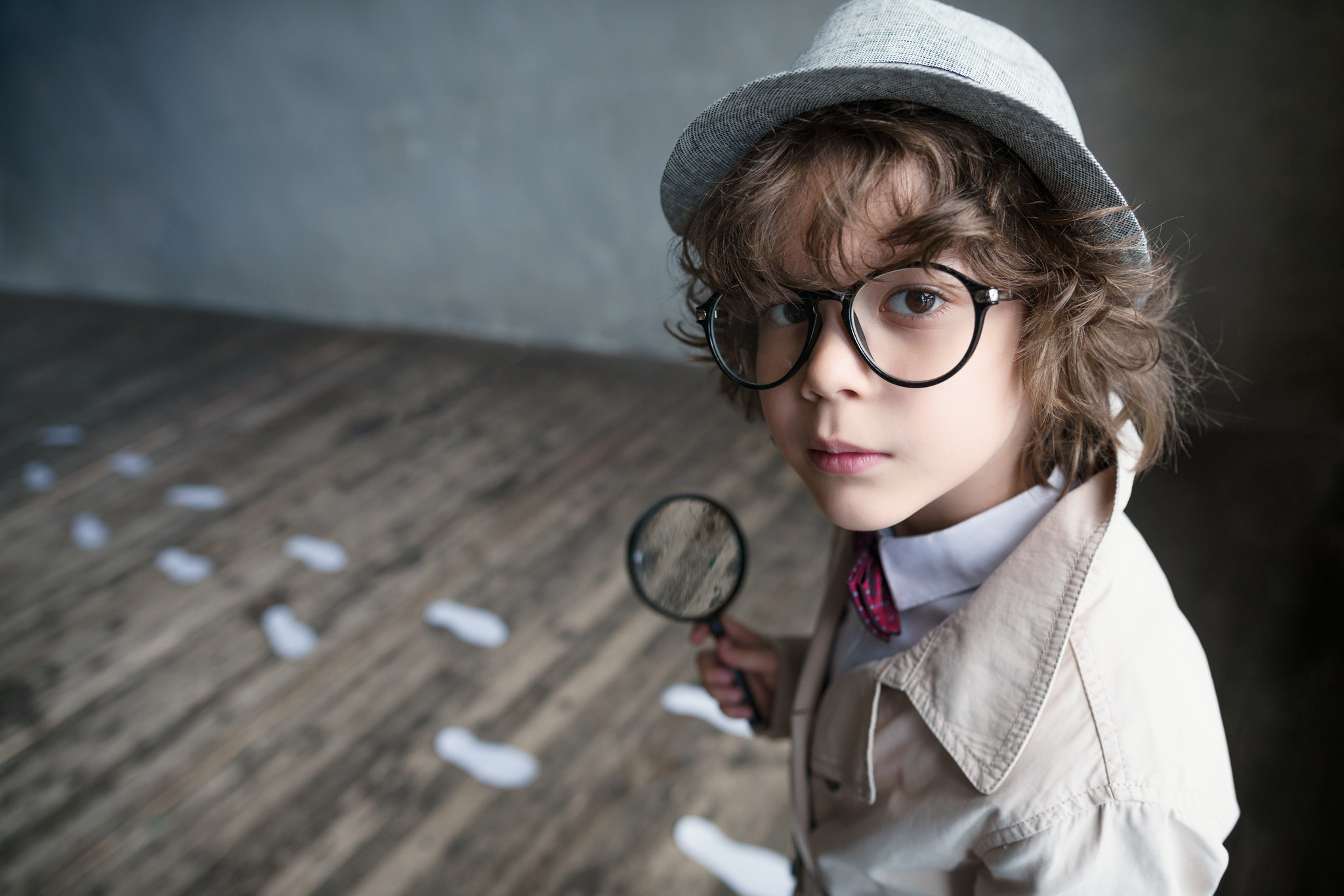 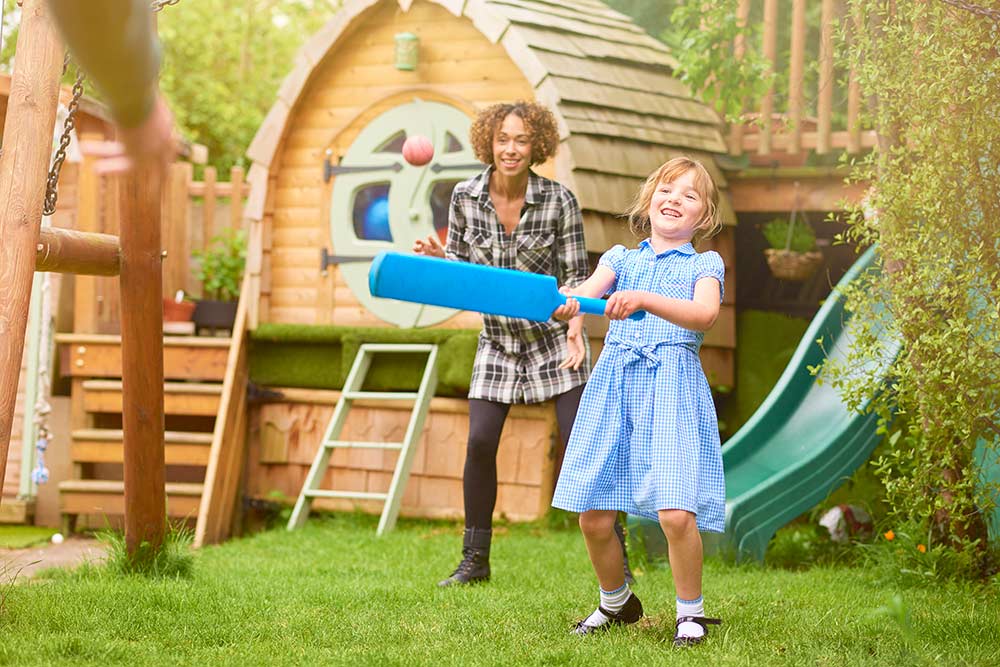 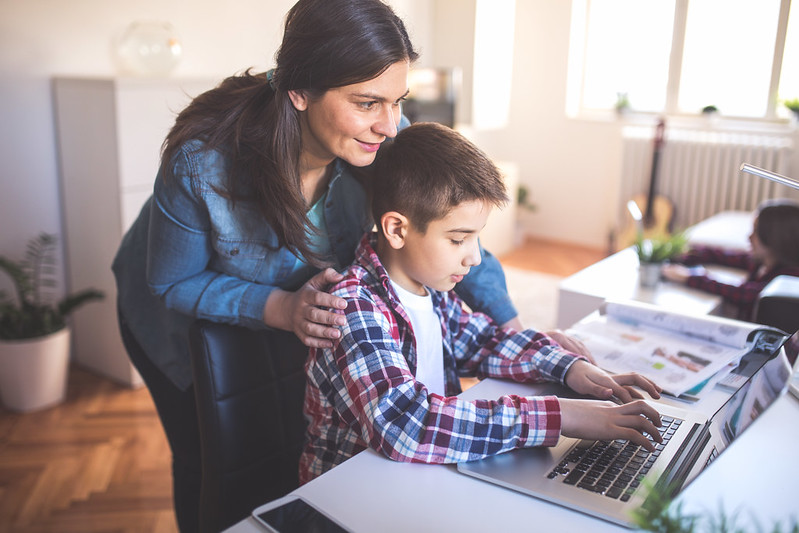 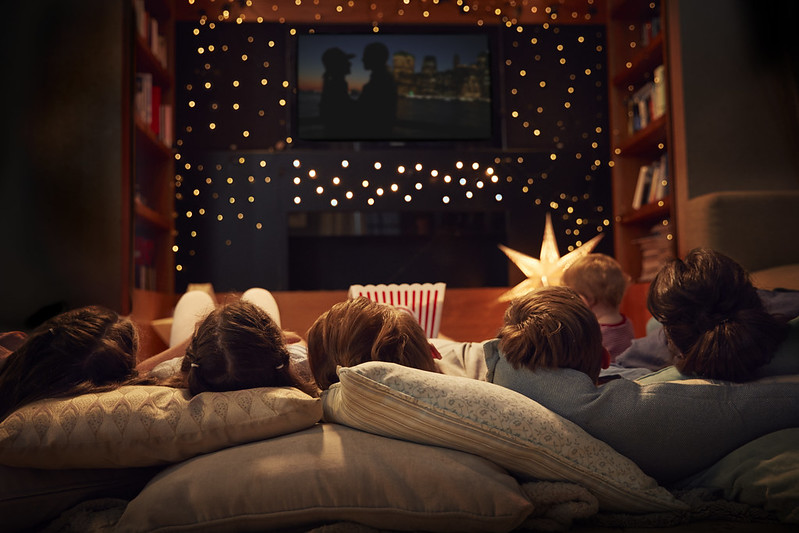 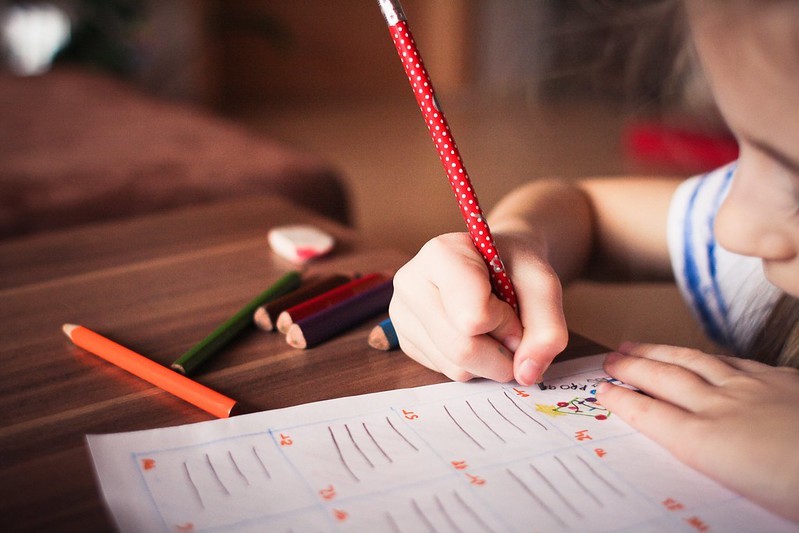