50+ Fun Facts About Spring For Kids 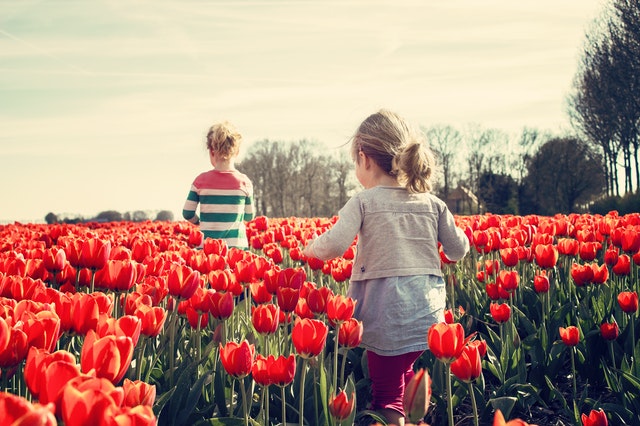 Spring, the season of new beginnings and new life.

Why not start the season with some spring season facts? If you've ever wondered when the first day of the season is then keep reading.

We've got tons of information all about the spring season and everything that goes on during springtime. Did you know that different parts of the world celebrate spring in different ways? The characteristics of spring change depending on where you are in the world, but it is usually a time of new beginnings. We'll give you all the information on why spring is called the vernal equinox as well as some great facts about spring flowers and holidays.

And if you can't get enough of learning about spring, why not check out these facts about Palm Sunday and learn all there is to know about corn too?

Get to know all sorts of things about spring that you didn't know before! These interesting facts about spring will give you all you need to know to be the authority on the subject.

1. The Earth takes around one year to orbit the sun, we go through all four seasons in this time.

2. Spring is one of the four seasons. It happens after winter and ends before summer.

3. Spring Equinox is the first day of spring. Most years it begins on 20 or 21 March, but occasionally it is on 19 March too. Spring always begins in late March in the United States.

4. The date that it starts changes because the Earth doesn't take exactly 365 days to rotate around the sun.

5. We call the first day of spring the Spring Equinox or the Vernal Equniox.

6. 'Vernal' from Vernal Equinox is the Latin word for "spring".

7.  'Equinox' from Vernal Equinox is Latin for "equal night".

8. The word season comes from the Latin word 'sationem', which means "seed time" or "sowing."

9. The Vernal Equinox is the midway point between mid-winter and mid-summer.

With the weather getting warmer and new flowers everywhere for those in the Northern hemisphere, springtime is one of the best times of year. These fun spring facts for kids are a great way to bring in the season.

10. Lots of animals have babies in March and April, during springtime.

11. Pope Gregory XIII created the Gregorian calendar in 1582, which most of the world uses to know the date.

12. If he hadn't created this calendar, then every 128 years spring would be a full day earlier. This would mean that right now it would be in the middle of winter.

13. If you are born in the month of March, your birth flower will be the daffodil.

14.  In Colorado's Rocky Mountains, springtime starts three weeks earlier now than it did in 1970.

15. The Zodiac signs that belong in the springtime are Aries, Taurus and Gemini.

16. There is a myth that you can balance an egg on its pointy end during Spring Equinox. Unfortunately, we have tested this one and it's not true!

17. The saying "April showers brings May flowers" is a common springtime phrase, it references the fact that there is often a lot of rain in April and flowers bloom in May.

18. There's a condition called "spring fever" which includes restlessness and daydreaming and is said to be caused by the arrival of the spring season.

19. Honeybees are most likely to swarm in the spring. Even though it sounds scary, they are actually at their friendliest when they are swarming.

20. Tornadoes are most common in the springtime.

21. Before the 14th century, Spring was simply called Lent. It was renamed because plants were springing up from the ground.

22. In the Southern hemisphere, Spring ends around 22 December.

23. You can develop hay fever at any time in your life, not just when you are a kid.

If you've ever wondered about the scientific reason for the season of spring, then these interesting facts about springtime are going to answer all of your questions.

24. In the North Pole, when spring starts so does a whole six months of daylight with no darkness.

25. In the South Pole the complete opposite happens and when spring starts, so does six months of darkness with no visible sun.

26. The spring and fall equinoxes are the only two times in the entire year that the sun rises in the exact eastern point and sets at the exact western point.

28. The first flowers of springtime are usually lilacs, lilies, daffodils, dandelions and irises.

30. Even though it is often thought of as a warm part of the year, in the United Kingdom it not uncommon for snow to fall in March or even April.

What Happens In Spring?

32. In India, Holi the festival of colors falls in the spring.

33. Nobody knows for sure, but it is thought that April Fools' Day began in France in the 16th century when New Year's Day changed from 1 April to 1 January. Anyone who still celebrated it on 1 April was called an April Fool.

34. Lots of animals have babies in the spring, like birds, ducks and cows.

35. Animals who hibernate wake up in the spring, like bears.

36. May Day, which is also known as Labor Day happens in spring.

37. During the spring, birds sing a lot more because they are trying to attract mates.

38. Christians celebrate Easter in the spring, which is a holiday that celebrates the resurrection of Jesus Christ.

39. Easter happens on different dates because it falls on the first Sunday after the first full moon that happens after the Spring Equinox.

40. Easter eggs are decorated and gifted to celebrate Easter.

41. In Poland, people burn an effigy (a big model of a person) and throw it into the river on the first day of spring.

42. Jewish people celebrate Passover in spring, and call it, The Spring Holiday.

What Does Spring Mean?

So what exactly does Spring mean? This information about spring is going to tell you what it represents in all things art and culture and even in myths in the Northern hemisphere and the Southern hemisphere.

43. Spring is the symbol of rebirth and renewal, and marks a new beginning.

44. In the city of Chichen Itza in Mexico, Mayans celebrate the sun creating a shadow that looks like a snake on the first day of spring. They call it "the return of the Sun Serpent."

45. The month of March is named after the Roman God of war, Mars.

47. In China, spring happens at the same time as the Chinese New Year.

48. There is a Greek myth that the beginning of spring happens at the same time that Persephone returns. She was the Greek Goddess of plants and fertility.

49. Women in Sicily make a pilgrimage where they travel to The Garden of Adonis at the beginning of spring. They plant seeds and decorate the garden with ribbons.

50. Egyptians built the Great Sphinx sculpture so that it faces the sun when it rises on the first day of spring.

51. Romans believed that the goddess Flora was the Goddess of spring.

Here at Kidadl, we have carefully created lots of interesting family-friendly facts for everyone to enjoy! If you liked our fun facts about spring for kids then why not take a look at some great facts about flowers or these awesome dandelion facts?