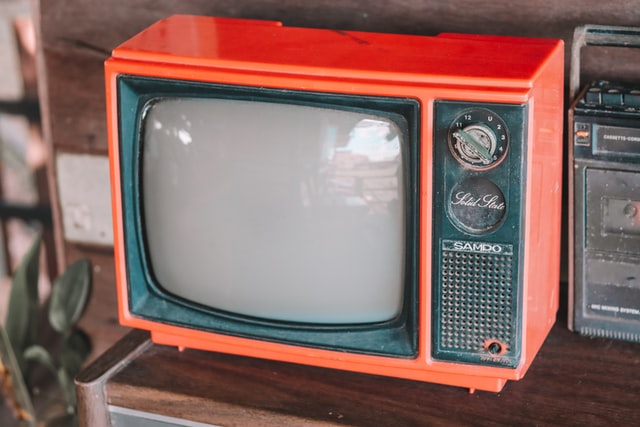 The character of Andrew Maxwell Dwyer is played by actor Chris Pratt, however, he did not in reality sing the songs for his character.

'Parks and Recreation' was on the verge of cancellation several times until the makers of the show voluntarily decided to end the show at Season 7. The comedy series was filmed in Southern California and aired on NBC.

Also, check out our ['Parks and Rec' quotes] and [Leslie Knope quotes].

1. "I take my shirt off because the bad feelings make me feel sweaty."

2. "They're old people. They eat, they sleep, they complain. Oh my God, I wanna be an old person."

6. "Chris gave me this great job as a weekend security guard at City Hall. Only one problem: It's a terrible job."

8. "Ron: Andrew, are you aware that your bathroom faucet is leaking?

Andy: Are you kidding me? I just stuffed a sock in it yesterday. What else do they want me to do?!"

10. "I tried to make ramen in the coffee pot and I broke everything."

11. "I once threw beer at a swan and then it attacked my niece Rebecca."

12. "Okay, something is different about my computer. It's gone!"

14. "I feel like you were mad at me yesterday, and I don't know why, so I made a list of everything I did and I'm going to try not to do any of them again."

15. "Leslie, I typed your symptoms into the thing up here, and it says you could have network connectivity problems."

16. "I'm gonna say that there is at least a chance that I didn't think this through completely."

17. "That is the coolest sentence I have ever heard anybody talk."

19. "If you rearrange the letters of Peru, you could spell Europe."

23. "April is the best. But she’s 20. When April was born, I was already in the third grade, which means if we were friends back then, I would have been hanging out with a baby. I don’t know anything about infant care. My god, I could have killed her."

Andy: Dude, shut up! That is awesomesauce!"

25. "What about Germany? They've never been the bad guys."

26. "I don't recognize us without me because I'm the only one that matters."

28. "Thought the power was flickering out. Turns out, I have was just blinking."

29. "You are the greatest wife ever. I wish I could marry you all over again. Let's get divorced."

30. "Andy: I want Ann back and she says she really needs a guy with a lot of money!

Andy: Well, I can't really do her voice."

These are inspirational and funny Andy Dwyer quotes.

35. "Did you know that the food you eat becomes energy? Boom! That's spaghetti. Nachos. That's a cookie."

36. "I definitely have more lions than any other country in the whole world right now."

37. "Just remember, every time you look up at the moon, I, too, will be looking at a moon. Not the same moon, obviously. That's impossible."

38. "Everything hurts. Running is impossible."

39. "I'm fine. It's just that life is pointless and nothing matters and I'm always tired ."

40. "When I was a baby my head was so big scientists did experiments on me."

41. "When life gives you lemons, make lemonade. I read that one on a can of lemonade. I like to think it applies to life."

42. "This is so awesome. We are like Robin Hood. We steal from the club and give to ourselves."

44. "I cannot emphasize enough how little I was thinking."

45. "I got so bored, I started thinking about existence. 'Do I matter? Do any of us? Is there a master plan in the works, a grand design?' Just dumb stuff like that."

47. "Unless he's in trouble, there's only one man for the job. Bert Macklin, FBI. You thought I was dead? So did the president's enemies."

48. "Hello, strange person who I have never met before. Who are you?"

49. "Burt Macklin, FBI. The best damn agent they had until I was framed for a crime I didn't commit. Stealing the President's rubies."

50. "I don't know what the problem is, Sergeant. Just drain the ocean."

Ann: I will buy lunch, you can have as many burgers as you want.

Andy: Welcome to the FBI."

54. "40 years undercover. I never even met my family. And this is all I have to show for it? Totally worth it."

55. "Looks like this Siberian Husky is going to be Russian off to jail."

56. "The name is Special Agent Burt Macklin. Tell me who you are, who you work for, and don't bother trying to lie to me because I'm amazing."

57. "Andy: Oh, Ron. Burt Macklin, FBI, does not need anyone to help him escape a measly shed.

Ron Swanson: How long have you been in there?

- 'A Parks and Recreational Special', Episode 126.

59. "My name is Burt Macklin. I investigate stinky feet for the FBI ."

60. "Would you like some boiling hot coffee in your face?"

Here at Kidadl, we have carefully created lots of interesting family-friendly quotes for everyone to enjoy! If you liked our suggestions for Andy Dwyer Quotes then why not take a look at [Ron Swanson quotes], or [April Ludgate quotes].