81 Funny Band Names To Inspire You 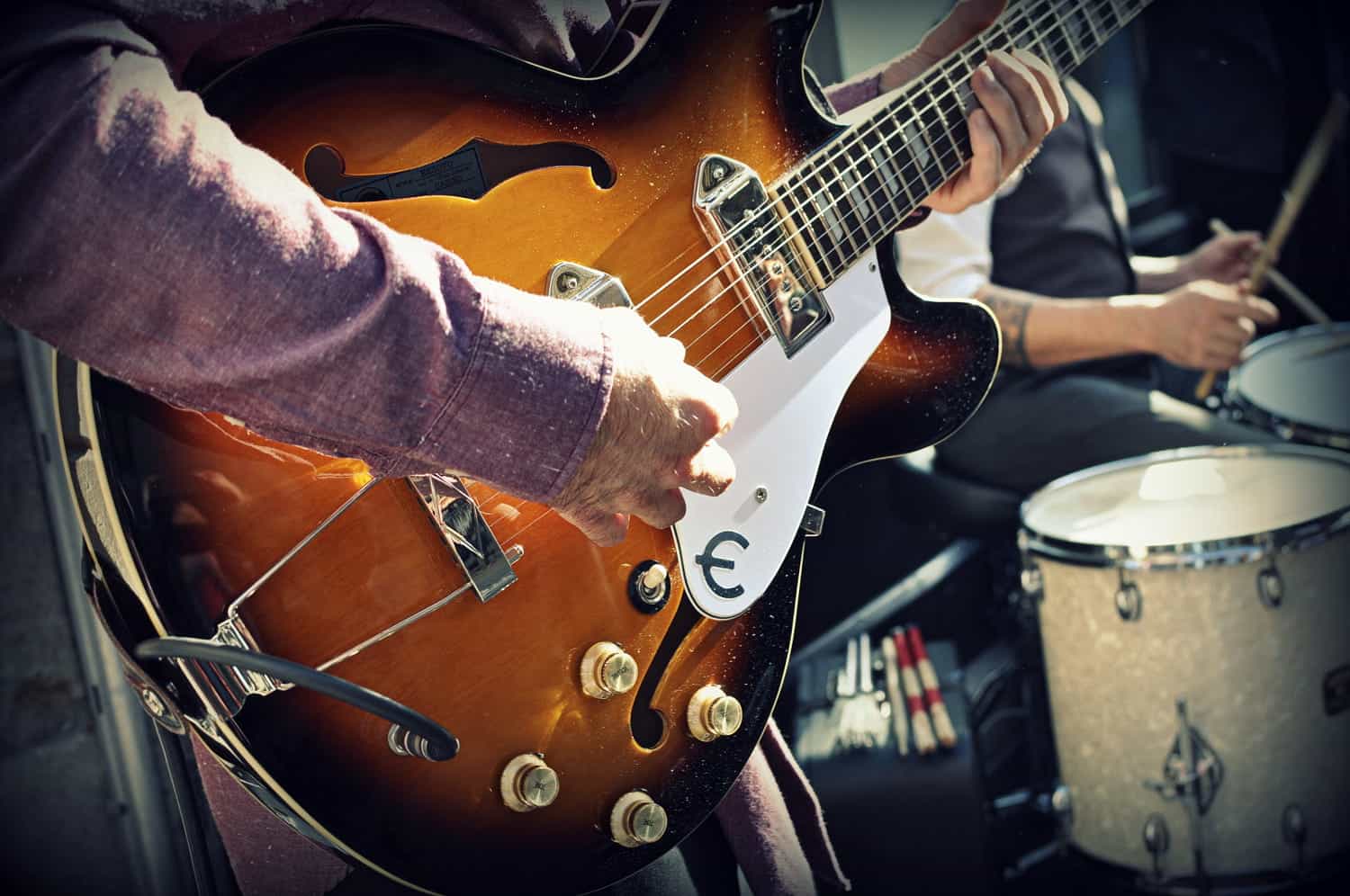 History has witnessed some of the most iconic and hilarious band names.

There are tons of band types, of which the major four types are mentioned here. Band music is immortal; it was then, now, and will be forever!

The word ‘band’ comes from a French word ‘bande’ which means “troop”. A lot of people confuse band music with orchestras. People playing in a music band use instruments like the guitar, drums and brass instruments. While, on the other hand, people playing in an orchestra use bowed stringed instruments. Band music has been in this world since the 15th century and is said to have originated in Germany.

Before we start our list, you can look at some more music related articles, like these musical baby names that will strike a chord and these broadway musical names that are show stoppers.

Below are some good band names for your boy band that aren't taken.

1) Abracadaver, made from the term ‘Abracadabra’. You should definitely name your band this.

2) Above Average Band (English Origin), derived from a band based in Coventry, England. One of the funny names for bands.

3) Above The Clouds, for a group that takes to you cloud nine.

4) Broadzilla (Michigan Origin), derived from a small rock band from Michigan with the same name.

6) Crosseyed Chicken, derived from a kid’s cartoon book. One of the funny bands' names.

7) Downy Mildew, referring to types of microbes that are found in plants.

9) Experimental BBQ, a funny made up name perfect for alternative rock bands.

10) Fix My Head, derived from a song by a metal band group called ‘KNT’.

12) Half Man, Half Biscuit (English Origin), derived from an English rock band.

13) InterSpecies, derived from the dictionary term ‘interspecies’, meaning “existing or occurring between species”.

15) Lawnsmell (Sydney Origin), derived from a small punk-influenced band from the late '90s.

16) Men With Instruments, a humorous creation which can be a potential funny band name.

17) No Way Sis (Scottish Origin), derived from a Scottish band from the late '90s.

19) Social Experiment, a cool band name for sure.

20) They Might Be Giants (American Origin), derived from an American rock band which was formed in 1982.

In this list are some interesting name suggestions for your girl band.

21) All Girl Den, a clever name for your girl band name. One of the cool names for a band.

24) Dazzle Babes, dazzle meaning “to blind temporarily”. The perfect combination of words for your glamorous band.

25) Dream Team, when your band is the dream team. This is the most common band name as it is just so good!

27) Freedom Gals, ‘gal’ is slang or a short form for a girl or a young woman.

28) Girls Of The Century, derived from the famous book ‘The Century Girls’.

29) Girls On The Thrones, inspired by the famous show ‘Game Of Thrones’.

30) Goddesses Of Rock, goddess meaning “a female deity” and rock is a type of band music.

31) Hypnotize, the word means “capturing the whole attention of someone”.

32) Ladies Of Charm, those who are charming are polite and welcoming people who get on with everyone they meet.

33) Lasses Of Eden, lasses meaning “a girl or a young woman” and Eden is considered to be the mythical garden where Adam & Eve met.

34) Miss Rockers, Miss is a term to address a woman, and rockers are people who perform rock music.

35) Nation Of Girls, another name supporting female empowerment. Ideal for a girl band.

36) Team Magic, for a band that truly creates magic.

37) The Mesmerizing Club, mesmerizing meaning “capturing someone’s complete attention as if by magic”.

38) The Rebels, rebel means “an opposition or resistance of someone”, there is also a movie called ‘The Rebels’ released in 2019.

39) Wonder Women, Wonder Woman is a fictional female character from the DC universe.

Rock music emerged in the '50s and by the end of the 20th century was the world’s most dominant form of music. Below are some interesting name suggestions for your rock band,

41) Afraid Of Figs (Seattle Origin), derived from the band from Seattle which has the same name.

42) Alien Ant Farm (American Origin), derived from the American rock band that was formed in 1996.

43) Barefoot Hockey Goalie (US Origin), derived from the US based rock band.

44) Bigzilla The Band, this funny band name would be great for a rock band if you are looking for bands with 'The' in the name.

45) Crispy Ambulance (English Origin), is a post-punk band that plays rock music, it was established in 1977.

47) Elephant Disco, perfect for a band whose loud music will get everyone stamping their feet.

48) Fly Spinach Fly, derived from a small band with the same name.

49) Goldfish Don’t Bounce, derived from a small band which was founded in the late '90s by some high school teenagers.

50) Heart Beats, for a band whose music makes your heart beat a bit faster.

51) Identity Crisis, crisis meaning “a time of difficulty or danger”.

52) Just Plain Cheese, if you are about to start a rock band and also if you love to eat cheese, this name would be perfect.

53) Lung Lads, for those who sing powerfully from their lungs.

58) Shoot The Mime, mime meaning “a theatrical technique which is done to portray emotions without any words”.

60) This Is Serious Mum (Australian Origin), they are Australian based rock band, their band is also called as ‘TISM’ for a short form.

Punk refers to a "young troublemaker", so punk music bands are usually comprised of teenagers. Here we list some interesting name suggestions for your punk band.

63) Burning Razor, razor meaning “an instrument which has a sharp blade”.

66) Captain Cardiac And The Coronaries (Californian Origin), derived from a Los Angeles based rock band.

67) Children Of The Vending Machine, another humorous made up name.

69) Haircuts That Kill (Belgium Origin), is a heavy metal band formed in 2005. Their music is very famous amongst the young.

70) Inferior Mustache, perfect for a band lead by someone trying to grow a great mustache.

73) Peace Love And Pitbulls (Dutch Origin), derived from a Swedish rock band from the late '90s.

74) Plasma Kids, this is a cool name that is suitable for punk bands.

75) Screaming Brocolli (New Jersey Origin), derived from a band from NYC. Known for their screaming, obviously.

76) Social Revenge Army, this made up name can also be well suited for a teenager punk band.

77) Sonic Noise System, sonic noise or sonic boom is associated with an object when it travels in the air faster than the speed of sound.

80) Symphony Makers, for bands that can great a great symphony.

81) Zero Hour,  for bands that can play all night long.

Kidadl has some great articles for names that you should check out. If you liked our list of funny band names then check out these punk names for your cute little rocker and these funky 1970s names for your disco baby.