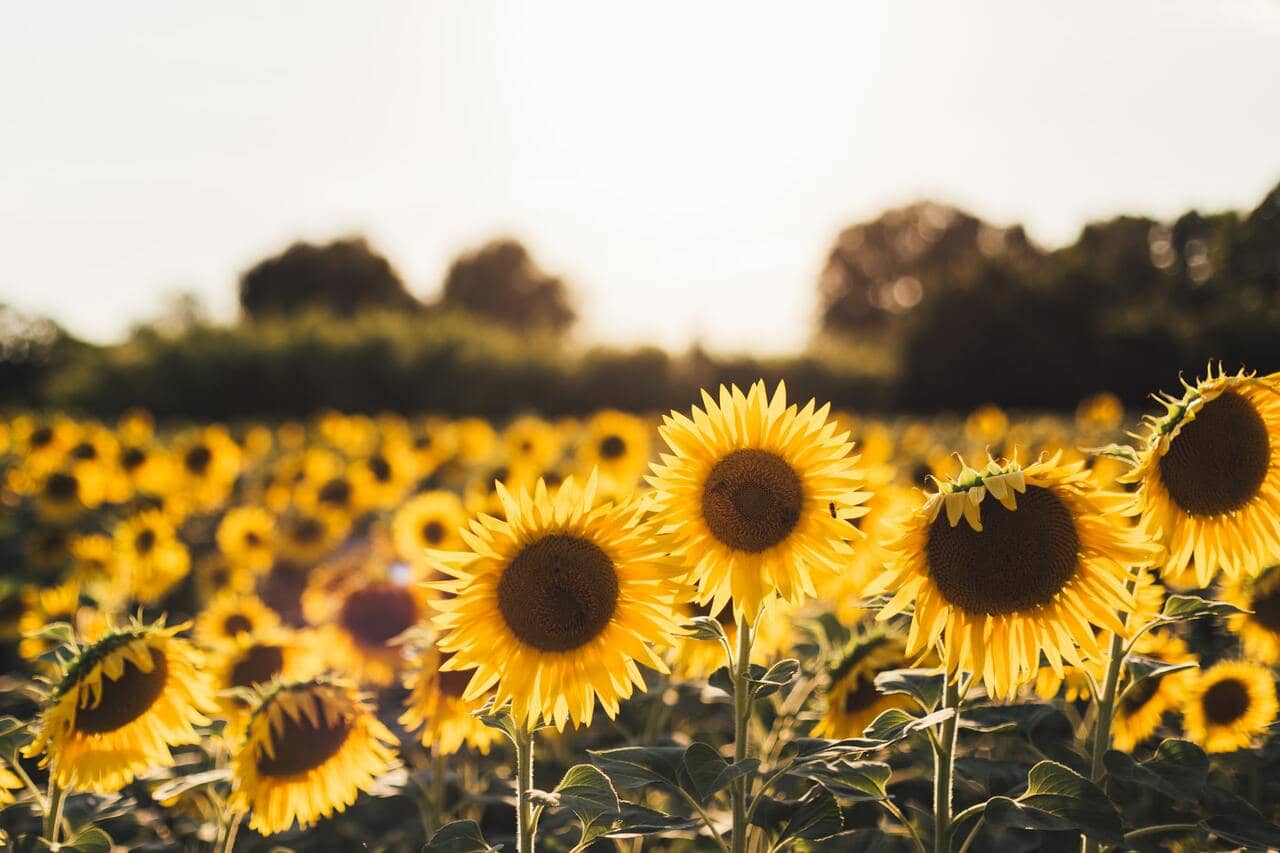 Kansas, with a population of just under 3 million and an area of 82,278 square miles, may seem like nothing but wide-open prairie, but the truth is very different.

All American states are famous for something, whether it's facts about Oregon's leprechaun colony or facts about Idaho's potatoes, and Kansas is no different. With a whole string of world firsts to its name as well as the town 34th American president Dwight D Eisenhower chose to call home, Kansas has a lot going for it.

The Sunflower State may be best known for its wheat, but there's more to it than that.

1. The state motto is 'Ad astra per aspera', meaning 'to the stars through difficulties'.

2. Kansas is named after Native American tribe the Kaws, or Kansa, meaning 'people of the south wind'.

4. It might sound like Kansas' state capital should be Kansas City, but it's really a place n Topeka.

6. Kansas' nicknames include the Sunflower State and the Wheat State.

7. Kansas' Smith County is home to the geographic center of the United States.

10. Meade's Ranch in Kansas is the Geodetic Center of North America - the point every state line and land boundary is measured from.

Amazing geographic facts that make Kansas unique in the world.

11. The real windiest city in the United States is Dodge City, with average wind speeds of 14 miles per hour.

12. In 2003, geographers got so sick of people describing Kansas as 'flatter than a pancake', they made a digital model of a pancake to compare the two. Apparently, Kansas really is flatter.

13. Kansas' pancake mix is full of bubbles. At last count, the state had over 500 caves.

14. Despite its reputation, Kansas is actually only the seventh-flattest state in the United States.

15. The Flint Hills area of Kansas has the largest remaining area of tallgrass prairie in the world.

16. Kansas gets so many tornadoes every year, it's earned itself the nickname Tornado Alley.

17. Kansas' lowest point is the Verdigris River at 679ft above sea level. Appropriately, its highest point is Mount Sunflower at 4,039ft.

20. The first-ever tornado rated EF5 destroyed 95% of the city of Greensburg, Kansas in 2007. Resourceful residents took the chance to rebuild it as one of America's greenest cities.

Kansas may be known as the birthplace of the Civil War, but there's much more to it than that.

21. Kansas is thought to have first been inhabited during the last Ice Age, over 12,000 years ago

23. The first European in Kansas was Francisco de Vasquez Coronado. He came over from Spain in 1541 looking for legendary cities of gold.

24. Settlers to Kansas from northern and southern states fought over whether slavery should be legal in the new territory. The Kansas-Nebraska Act passed to stop them in 1854 was partly responsible for the Civil War.

25. Although Dodge City was famous for its lawlessness, it was only really lawless for its first year. After that, it wasn't much worse than any other Old West town.

27. By 1912, women in Kansas had full voting rights, twelve years before the 19th Amendment.

28. Kansas was the first state to ratify the 15th Amendment, giving Black men the right to vote.

29. The Supreme Court case which ended segregation in public schools, Brown vs Board of Education, started as a lawsuit in Topeka.

From wheat to White Castle, there are a lot of interesting things to learn about the Jayhawker State.

31. In a year, Kansas grows enough wheat to bake 36 billion loaves of bread - more than anywhere else in the United States.

32. Sumner County, Kansas is called the Wheat Capital of the World because of the amount of wheat it produces.

33. Some Kansans today call themselves Jayhawkers, an old name for bands of robbers, because so many of them joined up in the Civil War to fight slavery.

34. Kansas was home to the world's first Pizza Hut. It was opened in Wichita in 1958 by two Wichita State University students.

35. Wichita was also home to the first-ever White Castle burger restaurant, opened in 1921.

36. Another Wichita breakthrough, the United States' first airplane factory opened there in 1919.

37. Charles Wilson and William Purvis invented the helicopter in Kansas.

38. Jackrabbits, an animal species native to Kansas, are really a type of hare.

39. Milan is only 25 miles north-west of Rome. In Sumner County, Kansas, that is - the Italian cities are 300 miles apart.

40. Kansas is the prairie chicken capital of North America. It's got more wild grouse than anywhere else on the continent.

People may know Kansas for the Wizard of Oz, but there are stranger things than magic in this state.

41. In 1928, a tornado blew through Kansas so powerfully that it plucked feathers off chickens on its way past.

42. The First United Methodist Church in Hutchinson is partly made of grasshoppers. There was a grasshopper plague during construction, and a lot of the insects ended up mixed into the building materials.

43. Kansas City state capital Topeka has a law against singing the alphabet while walking in the street at night.

44. A hailstone weighing one and a half pounds was found after a storm in Coffeyville, Kansas.

46. Cawker City, Kansas has a rivalry with Darwin, Minnesota over which is home to the world's largest ball of twine. The Kansas one already weighed a whopping 5,000 pounds when it was made in the 1950s.

47. You can go and visit Dorothy's house from 'The Wizard Of Oz'. It's in Liberal and even has a tornado simulation room.

48. The World's Largest Easel stands in Kansas. It's 8 feet tall and, appropriately for the Sunflower State, displays a huge 24x32 foot copy of a Van Gogh painting featuring sunflowers.

49. Kansas may be dry and dusty now, but millions of years ago it was all underwater. Most of Kansas formed the bed of an ancient sea, and scientists are still finding fossils of shells, corals and sea creatures.

50. Legend says it was once illegal to serve cherry pie with ice cream in Kansas, but the University of Kansas School of Law says this is just a myth.

These famous people are all related to Kansas.

51. Despite being born in Denison, Texas, 34th President Dwight D. Eisenhower spent most of his childhood in Abilene and thought of it as his hometown.

52. Amelia Earhart, the first woman to be granted a pilot’s license by the National Aeronautics Association and to fly solo across the Atlantic Ocean, was from Atchison, Kansas.

53. Actor Harrison Ford may be from Kansas City, Missouri, but he comes to Wichita, Kansas every year to get his plane serviced.

54. Hattie McDaniel, the first black woman to win an Academy Award, is from Wichita.

55. Rock band Kansas, famous for hits like Dust In The Wind and Carry On Wayward Son, really is from Kansas. They formed in Topeka in 1970.

57. Famous Kansas lawman Wyatt Earp really did make sure violence didn't break out in Dodge City. He sorted things out between two warring sides before a shot was fired.

59. Laura Ingalls Wilder's Little House on the Prairie series of books documenting her upbringing on the plains is set in Kansas.

60. Kansas was famously Dorothy's home in Frank L. Baum's 'The Wizard of Oz'.

Here at Kidadl, we have carefully created lots of interesting family-friendly facts for everyone to enjoy! If you liked our suggestions for Funny Facts About Kansas then why not take a look at funny facts about Kentucky, or fun facts about Colorado?