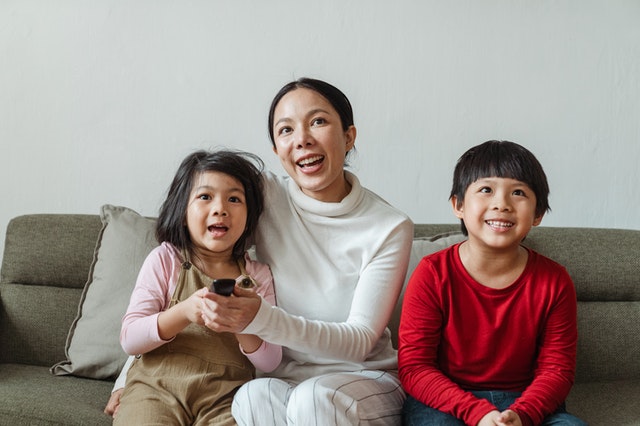 We have put together this list of characters from 'PJ Masks' who are known for fighting evil and saving the day, which one if your favorite?

If you love this list of 'PJ Masks' character names, you should also check out these Backyardigans names and these The Chipettes Names In One Handy List.

Names Of The Main Characters From 'PJ Masks'

Like every show, this kids' show has a few important main characters who star alongside the second leads and the all important villains. Gekko, Catboy, Owlette and Romeo are the main characters of the TV show. If you want to know more about them, then keep on reading.

1. Catboy, is the leader of the 'PJ Masks' superhero team and is known for his agility, swiftness and his great hearing. Catboy from 'PJ Masks' wears the blue 'PJ Masks' outfit, he can tread lightly but he is afraid of water.

2. Gekko, is the alter ego of Greg, the protagonist character from the TV show 'PJ Masks'. Gekko from 'PJ Masks' is super strong and can scale walls. He is the youngest member of the superhero team.

3. Owlette, is the alter ego of Amaya, the another lead character on the TV show 'PJ Masks'. She can fly and see great distances. Owlette from 'PJ Masks' is the only female on the 'PJ Masks' superhero team.

4. PJ Robot, PJ Robot is the robotic sidekick of Romeo, the TV show's villain. He infiltrates the 'PJ Masks' heroes' headquarters (which are often referred to as HQ). PJ Robot joins the superhero teams later on in the show.

5. Romeo, is the main antagonist in the television series. Romeo from 'PJ Masks' is proficient in robotics and is an evil mad scientist, who wants the whole world to love him.

These 'PJ Masks' characters names are from characters that, whilst they are not the main characters, play an important role in 'PJ Masks'.

5. An Yu, debuted during the third season of the television show. She is considered as the protector of Mystery Mountain. She is a dragon who passes herself as a human. With her magic flute, she can interact with objects around her.

6. Armadylan, is the alter ego of Dylan, a supporting protagonist character on the show. He has super strength and has the same powers as Gekko.

7. Cameron, is a rival of the main character of 'PJ Masks' and goes to the same school as him. Though he doesn't have any known power, he loves playing sports and is very good at it.

8. Daisy, is one of the night ninja character. She possesses the power of 'ninja's fingers', meaning she can move any object. She is also proficient in martial arts and acrobatics.

9. Fly Bots, are flying robotic acolytes designed by Romeo. These robots serve as the guards of the Flying Factory. These robots work on the command of Romeo.

10. Howler, is one of the three Wolfy Kids on the television show. He has a supersonic howl, he is quite agile and can leap on tall objects. He is also quick on his hands and feet. He also once stole Owlette's feathers giving him her flying ability.

11. Kevin, is one of the anti-heroes and one of the three Wolfy Kids in the show. Just like Howler, he also possesses the same powers. The Wolfy Kids are powerful 'PJ Masks' villains.

12. Luna Girl, is also known simple as Luna on the show. Luna Girl from 'PJ Masks' is the secondary antagonist and one of the nighttime villains. Luna Moths are her sidekicks and they follow her every command.

13. Master Fang, is a protagonist who is also a role model for Greg and Connor, however, Amaya doesn't seem to like him much. He carries a sword.

14. Munki-gu, is one of the neutral characters. He is a monkey, who was trapped in a stone for a thousand years.

15. Newton Star, is one of the supporting characters, who is a scientist and a nighttime hero. He is an ally of the 'PJ Masks' superhero team.

16. Octobella, is an antagonist and one of the nighttime villains. She is a humanoid octopus girl who can create powerful whirlpools, turn transparent and become invisible.

17. Pigeon, the pigeons are recurring characters making minor appearances. They are known to be the spirit animals of the 'PJ Masks' superhero team.

18. Rip, is the leader of the Wolfy Kids. She is one of the leading villains on the show. She is known for her sonic wave howl, her super strength and her enhanced speed.

19. Robette, is one of the inventions of Romeo, the main villain on the show. However, later on in the show Robette decides to no longer follow Romeo and the character develops an understanding of herself. She wants to dominate the entire world on her own.

20. Steven, is one of the recurring background characters on the series and a friend of the superheroes.

Names Of One Off Characters

These one off 'PJ Masks' names are names of any character who appeared just once throughout the series. Do you recognise any of these lesser known 'PJ Mask' characters' names?

21. Dark Owl, is voiced by Addison Holley and is an evil version of Owlette. She possesses the same powers as Owlette.

22. Lionel, is a minor character who is an energetic, spunky and super fast lizard. He thinks of himself as a dog rather than a reptile or gekko!

23. Marie, is Cameron's sister. She was introduced in the fourth season but has been mentioned in many previous episodes. She is voiced by actress Millie Davis.

24. Moths, are the antagonists on the show and the sidekicks of Luna Girl. They are considered to be the only friends of the female antagonist Luna Girl.

25. Motsuki, is an insectoid and Luna Girl's sister. She is also known as Henchman Moth.

26. Night Ninja, Night Ninjas are nighttime villains. The Night Ninjas try to avoid as much as fighting possible personally, and instead they send their henchmen, the Ninjalinos, to do their fighting for them. The Ninjalinos are small ninjas who possess the same power as Ninjas.

27. Night Panther, is voiced by Jacob Ursomarzo. He is the evil version of Catboy. He possesses the same powers as Catboy. The only difference between thmn is that Catboy's stripes are called Super Cat Stripes and Night Panther's are called Night Panther Stripes.

28. Pharaoh Boy, is voiced by Logan Nicholson. He is the newest character, introduced to the show in season four. He is said to have appeared from a portal that was discovered in the museum.

29. Santa Claus, this Santa Claus is not your regular Christmas cheer idol. He is a minor supporting character who appears on the Disney Junior television series 'PJ Masks'. He appeared in an episode when Romeo decides to ruin Christmas for everyone because his name was on the naughty list.

30. Splat Monster, is also known as the Teeny Weeny Ninjalino. This Night Ninja spy stumbles into a pool of 'mystical splat' when searching a cavern on Mystery Mountain.

Kidadl has lots of great name articles to inspire you. If you liked our suggestions for all of the 'PJ Mask' names, then why not take a look at something different like these '101 Dalmatians' names, or these super funny Pokemon names?