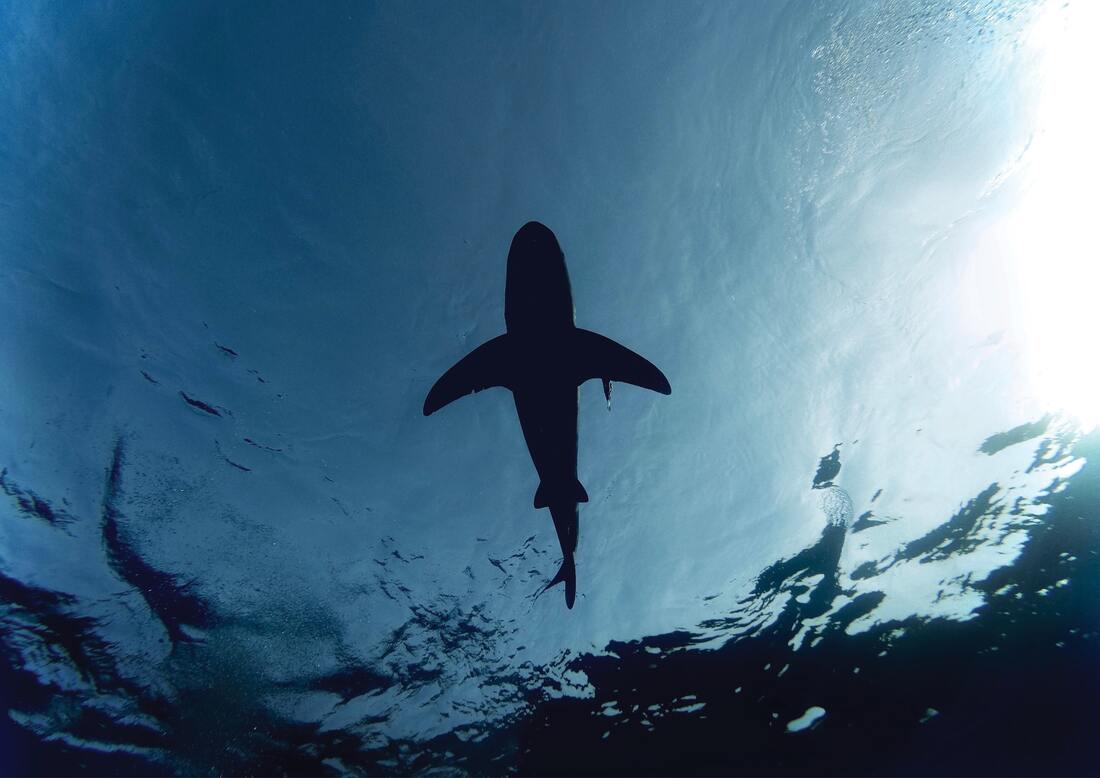 Here at Kidadl, we're passionate about the environment and learning all about the animals that are such an important part of it.

If you would like to encourage your children to discover new and amazing things (and learn something yourself along the way!) then why not share these fascinating Nicaragua facts and Spinosaurus facts with them? Or if you're looking for a topic with a bit of extra bite, and you'd like to find out more about a little-known and endangered tropical shark species, then this collection of glyphis shark facts is for you.

River sharks are some of the rarest sharks in the world, and not a whole lot is known about them - find out what we do know with these shark facts.

2. Glyphis is a genus in the Carcharhinidae family.

4. Known species of glyphis sharks have been found in parts of South Asia and Sout-East Asia, Papua New Guinea and Australia.

6. They are all rare and endangered sharks.

7. Each species has a similar appearance, including a broad body either brown or gray in color, prominent dorsal fin, little eyes and sharp teeth.

8. Bull sharks are sometimes confused with glyphis river sharks because they are able to survive in some freshwater habitats, but they are not of the glyphis genus and are not true freshwater sharks.

9. Whilst bull sharks are aggressive, glyphis river sharks are not dangerous and mostly try to stay far away from humans.

11. Commercial and illegal net fishing, the building of dams, mining and water programs are just some of the threats from humans to glyphis river sharks.

12. Glyphis hastalis, a species of river shark from Great Britain that is now extinct, was related to the modern-day Ganges and speartooth sharks.

Coming from as far away as Papua New Guinea and Australia, the northern river shark is a fascinating, but endangered species.

14. The northern river shark is also known as the New Guinea river shark.

15. It is found in tidal rivers, estuaries and coastal waters in Northern Australia and Papua New Guinea.

16. This species can be found in the Adelaide River and in Alligator River within the Kakadu National Park, in the Northern Territory of Australia.

18. Immature, or young, sharks will sometimes stray into fresh and brackish (salty, but not as salty as the sea) water.

19. The northern river shark has a stocky grey body with a high back and broad dorsal fins and measures up to 2.5 meters, or 8.2 feet, long.

20. Northern river sharks are piscivorous, meaning they are carnivores with a diet consisting mainly of small fish.

21. Northern river sharks are viviparous, meaning the females grow embryos inside of their bodies instead of laying eggs.

23. Northern river sharks have been declared critically endangered by the International Union for Conservation of Nature, as they face threats from commercial and recreational fishing, as well as habitat degradation, meaning their natural habitat can no longer support them.

24. With slender teeth, small eyes and a very high density of 'ampullae of Lorenzini', special sensing organs, they have adapted to live and hunt in their environment.

25. There are thought to be fewer than 250 adult northern river sharks left in the world.

26. This shark was discovered in Australia, fairly recently in 1986, and only 36 specimens have been recorded there since its discovery.

27. Its closest relative in Australia is the speartooth shark and although they look very similar, they can be distinguished by the location of the 'waterline', the point on the body where the darker upper body color starts to change to the lighter lower body colour.

28. The development of a multi-species recovery plan including this shark has been developed by the Australian federal government, and it has granted special protection to the species to try and preserve it.

Discover the hidden secrets of this species of extremely rare sharks.

30. The Ganges shark is critically endangered; it is very rare and not much is known about it.

31. It is found in the Ganges River, the Padma River (the main distributary of the Ganges), and the Brahmaputra River in Bangladesh and India.

32. The Ganges shark is often confused with the much more common bull shark which also lives in the Ganges River.

34. It has a broadly rounded snout with a long mouth that extends back and up towards its small eyes.

35. It has internal nictitating eyelids, otherwise known as a third eyelid that draws across from the side.

The speartooth shark might sound scary, but it's pretty harmless - and there's lots to learn about this fascinating species.

39. The speartooth shark is an extremely rare species with a small population and restricted range.

40. Speartooth sharks live in the reaches of large tropical rivers in Northern Australia and New Guinea, but also live in coastal marine waters, despite being a river shark.

41. The speartooth shark can be found in the Bizant River in Australia, as well as the Alligator River within the Kakadu National Park, in the Northern Territory of Australia.

42. The speartooth shark is gray in color and also has a short and broad snout and little eyes, as well as a relatively large second dorsal fin and a black patch beneath each pectoral fin.

43. Speartooth sharks teeth are large, triangular and serrated on the upper jaw; on the lower jaw they are narrow and spear-like and are only serrated near the tip.

45. Speartooth sharks eat bony fish that live near the sea bed and crustaceans, like crabs, prawns and krill.

46. Speartooth sharks are adapted for hunting in the near darkness of the deep water in which they live.

47. Speartooth sharks have also been declared critically endangered by the International Union for Conservation of Nature, because of threats from commercial and recreational fishing and habitat degradation.

48. Speartooth sharks seem to be naturally quite inactive and use the tides to move around so as to conserve energy.

49. The speartooth shark was first discovered in 1839.

50. There is thought to be a global speartooth shark population of less than 2500.

51. In 2015, an adult speartooth shark was identified, captured, tagged for monitoring and released again for the first time.

Not much is known about this elusive species of glyphis shark, that lives far away in South-East Asia.

53. This species of shark is otherwise known as the Irrawady River Shark.

54. It lives in tropical rivers close to the bottom of mangroves, small trees that grow in coastal saline or brackish water.

55. This species of shark lives in and around Myanmar (Burma) in the Irrawaddy River, one of the countries largest and most important commercial waterways.

56. Just like other species of the glyphis shark, it is gray in color and thick-bodied with a short rounded snout, small eyes and a broad first top dorsal fin.

57. This species of shark is rare and low numbers combined with habitat destruction mean they have also been declared critically endangered by the International Union for Conservation of Nature.

Here at Kidadl, we have carefully created lots of interesting family-friendly facts for everyone to enjoy! If you liked our suggestions for glyphis shark facts for kids, then why not take a look at these asthenosphere facts, or Mackinac Bridge facts?

Q. What Came Before Dinosaurs? A. These Permian Monsters, At Horniman Museum
Matt Brown
No items found.