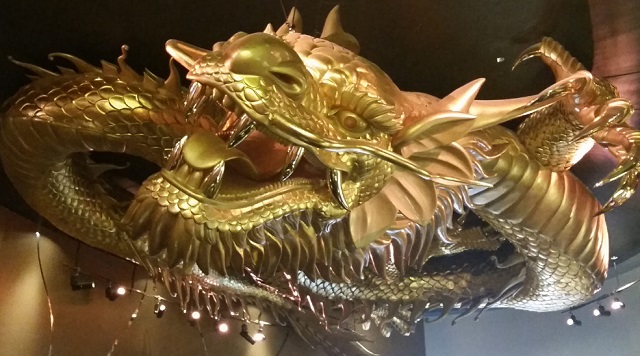 Gold dragons are kind, protectors, bringer of justice, and stand for righteousness. They stand for everything good. However, if you are evil or doing wrong, then they are your worst nightmare.

They will stop at nothing to destroy their enemies or anyone evil. Some of these graceful and magical creatures can transform into humanoid creatures allowing them to easily hide amongst humans.

Because of their telepathic abilities, they can easily parlay and negotiate, without stooping to fights or anger. It is also said by some that these dragons smell like vanilla.

These old and gold dragons are the symbol of light and play a major role in politics and lands management in the realm they live in. Their true name is often unknown, but if you are looking for more human and cute character names or your gold dragon, then keep on reading. You can also read silver dragons names and green dragons names.

Name for dragons can be made up or derived from mythology. Some of the names of these lists include major characters that either appeared in movies, TV shows, or books.

1. Akhekh (M) is a fantastical beast with a long serpentine body from Egyptian mythology.

2. Anqa (F) is a mysterious dragon from Arabian mythology.

3. Drakon (M) is the Colchian Dragon from the mythological fantasy film ‘Jason and the Argonauts’

4. Druk (M/F) is the Thunder Dragon, which is a symbol of Bhutan.

5. Fafnir (M) is the dragon son of Dwarf King Hreidmar.

6. Festus (F) is a machine dragon from the 'Percy Jackson' fantasy novels.

7. Kur (F) is the first primordial dragon from ancient Sumerian.

8. Faranth (M) he is the last gold dragon hatched in Pernese history.

9. Glaedr (F) is an old, golden, and wise dragon from the novel series 'Inheritance Cycle' by Christopher Paolini.

10. Python (M) is a Greek dragon, who is depicted as the earth dragon. He was slain by Apollo.

11. Ramoth (F), the golden dragon from the 'Dragonriders Of Pern' series by Anne McCaffrey.

12. Slathborg, an evil dragon with a large hoard of gold from the book 'Slathborg's Gold' by Mark Forman.

13. Smaug (M), a greedy and wicked golden-red dragon from the 'The Hobbit' series by J.R.R. Tolkien.

14. Stoor Worm (M) is an evil monster from Orcadian mythology.

15. Typhon(M), in Greek mythology, he is the most feared dragon and last son of Gaia, goddess of the land.

17. Tintaglia (F), a female gold dragon, believed to be the last of her kind. A great name for a dragon.

18. Villentretenmerth (M) a golden dragon, possibly the only of his kind.

20. Vritra  (M) Mentioned in the ancient Aryan Vedic texts as the main adversary of the Indra

Dragons Names That Mean Gold From Around The World

Names that mean gold are super cool gold dragon and dragoness names. Dragons are the epitome of goodness, honor, and justice. They fight evil alongside their worthy allies to make sure that the future is bright. Check out some of the coolest dragon names that mean gold from around the world below, such cool dragon names will make your character stand apart from the rest.

21. Aurelio (M) (Italian origin) means "the golden one". Such names for dragons represent their human form as well.

31. Golden (M/F) (Latin origin) means "precious metal". Such names of dragons are made for the golden creature.

Kidadl has lots of great names articles to inspire you. If you liked our suggestions for gold dragon names then why not take a look at black dragon names or ice dragon names.