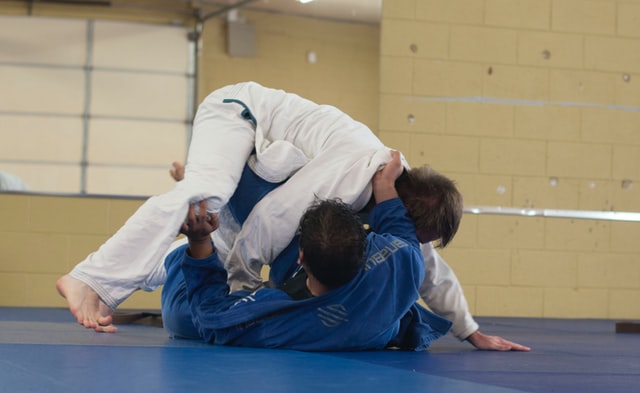 Jiu-jitsu is one of the forms of modern martial arts with ancient roots.

It was originally developed for Japanese Samurai in combat scenarios. Brazilian jiu-jitsu is a predominantly ground-based form of martial arts and is primarily used as a sport.

Marcelo Garcia, Marcio Feitosa and Lucas Lepri are some of the famous jiu-jitsu artists. Many notable sporting events have made this art form commercially successful. Here are some of the best jiu-jitsu quotes from notable people to inspire you.

If you like this article about jiu-jitsu quotes, you may also want to check our other quotes articles taekwondo quotes and [martial arts quotes].

Here are some of the best ones and a few Gracie jiu-jitsu quotes.

1. "I’ve drilled them so many times, my body just reacts now. I can go out and let instinct take over."

2. “In the fight, only one person can be comfortable. Your job is to transfer the comfortable from your opponent to you.”

4. “The most interesting aspect of Jiu-Jitsu is…of course the techniques are great…but the sensibility of the opponent, sense of touch, the weight, the momentum, the transition from one movement to another."

5. "Jiu-jitsu is the gentle art. It's the art where a small man or woman is going to prove to you, no matter how strong you are, no matter how mad you get, that you're going to have to accept defeat. That's what Brazilian Jiu-jitsu is."

6. "Before a big tournament, I stick to the stuff I’ve been doing and just drill it to death. If you’re thinking about what to do next, your competitor is already moving to his next move. It’s best to just react and let your body take over."

7. "Look he carry all of my weight. That’s another theory of Jiu-Jitsu. When I rest I should put him to work so I don’t get tired and he get tired. He spend energy.”

8. "Jiu-jitsu is personal efficiency to protect the weaker, which anyone can do. It is the force of leverage against brute force."

9. "You go down practicing the art of Jiu-Jitsu. And the art is: how do I control and submit my opponent and survive using the least amount of attributes."

11. “I wasn't always a champion. In fact, I did not win any tournament until I was a Black Belt”

13. “The best thing about Jiu-Jitsu is the honor it provides.”

15. "The most significant victories are the ones we accomplish within ourselves."

17. "Anyone who is serious about Jiu-Jitsu should know that the ability to defeat an opponent is nothing more than a metaphor for the ultimate combat"

18. "To be good at Jiu-Jitsu it’s all about believing and training, there isn’t that much else you can do.”

19. “Jiu-Jitsu is basic training for life. We are training not to learn how to fight, but how to live.”

20. “Fighting is not a physical thing, it is a spiritual thing”

Here are the funniest ones from the lot.

22. "A black belt only covers two inches of your body. You have to cover the rest."

23. "Spend more time in a Jiu-Jitsu gi than in street clothes."

24. “Jiu-jitsu is very competitive. The winner can brag, the loser can keep quiet”

25. "The idea of Jiu-Jitsu is to give the little guy a chance to beat the big guy."

27. "There's more philosophy in Jiu-Jitsu mats than in any Ivy League school in America."

28. "A boxer is like a lion, the greatest predator on land, but you throw him in the shark tank and he's just another meal."

29. "The pine fought the storm and broke. The willow yielded to the wind and snow and did not break. Practice Jiu-Jitsu in just this way."

30. "When you do Jiu-Jitsu, you won't look at a bigger guy and say oh no, you'll look and say how interesting!"

32. “Jiu-Jitsu is not the art of hitting, it’s the art of not getting hit”

Here are some of the Brazilian jiu-jitsu quotes to motivate you.

33. “I drill techniques – my main techniques, my A move, my A Game sweep, the guard pass and sub I hit the most, over and over again."

34. "I've been training Brazilian Jiu-Jitsu all my life. Boxing, kickboxing. I'm definitely not a fighter, but I defend my honor."

35. "For me, I learned from Jiu-Jitsu and martial arts to be humble and to go forward in life in a positive way."

36. "You can not anticipate what is going to happen. You must allow yourself to be in a zero point; a neutral point. Be relaxed and connected with the variations. ”

37. “The rule is to train, train and train some more. Train until the lamb becomes the lion.”

38. “There is no losing in Jiu-Jitsu. You either win or you learn.”

39. "When I started out, Jiu-Jitsu was really an elite thing in Brazil, and there was some prejudice towards poorer kids, so I had to learn things on my own."

41. “A champion should ask himself: if I were to compete against myself, what would I practice to beat me?"

42. "Some of my neighbors started doing Jiu-Jitsu, so I started watching it, and then started rolling with them. It wasn’t organized training, but it was better than nothing."

43. "When you first start to do Jiu-Jitsu everyone has the goal of being a black belt. You want to be great at everything you do."

44. "I'm a very focused person. If I'm focusing on something I don't like distractions and I like to just do that one thing. And Jiu-Jitsu and MMA basically became that one thing for me."

45. “Learning defense improves the attack. I f the lion knows how the prey can escape, it’ll capture it in a much more precise way”

Here at Kidadl, we have carefully created lots of interesting family-friendly quotes for everyone to enjoy! If you liked our suggestions for jiu-jitsu quotes then why not take a look at samurai quotes, and karate quotes.