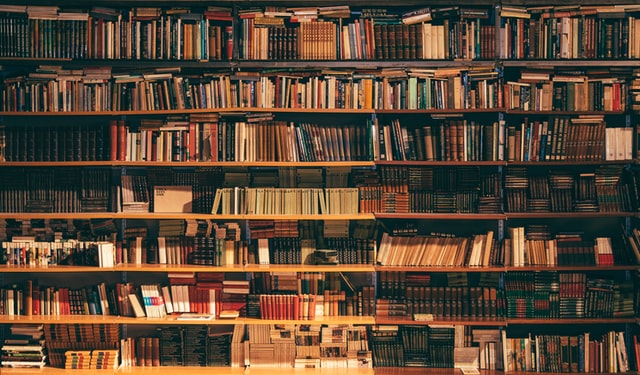 Hamlet is the longest play written by Shakespeare, with 30, 557 words. The story is set in Denmark.

Written between 1599 and 1601, 'Hamlet' is a Shakespeare tragedy. It follows Hamlet as he tries to exact vengeance on his uncle Claudius for murdering his father.

Adding to the tragedy, Claudius is his mother’s lover. But as a son, he must kill Claudius to avenge his father. Claudius murdered Hamlet’s father for his throne and wife. Let us study these great 'Hamlet' quotes about revenge to get a better Hamlet character analysis. You'll come to know more about this play with the help of these quotes.

The story seems truly gripping, in every sense. If you like these quotes about revenge in 'Hamlet', check out ['Hamlet' madness quotes] and 'King Lear' quotes.

1. "Revenge his foul and most unnatural murder."

Hamlet determines to revenge the treacherous death of his father throughout the play.

2. "I dare damnation. To this point I stand, That both the worlds I give to negligence, Let come what comes, only I'll be revenged Most thoroughly for my father."

Laertes swears to find out who killed his father Polonius and avenge him.

3. “O, from this point forth my thoughts be bloody, or be nothing worth!”

Hamlet vows to think of nothing else but revenge against his uncle for killing his father.

Hamlet finds a reason to not kill Claudius. He thinks killing Claudius while praying will send him to heaven and not hell.

5. “No place, indeed, should murder Sanctuarize; Revenge should have no bounds.”

King Claudius tells Laertes that revenge should have no bounds.

6. “What would he do, had he the motive and the cue for passion that I have?”

Hamlet is surprised at the passion the actor shows for Hecuba and implores everyone to imagine how he would react if he had the cause for feelings like him.

7. “O, what a rogue and peasant slave am I! / Is it not monstrous that this player here, / But in a fiction, in a dream of passion, / Could force his soul so to his own conceit / That from her working all his visage wann’d, / Tears in his eyes, distraction in’s aspect, / A broken voice, and his whole function suiting / With forms to his conceit? and all for nothing! / For Hecuba!”

Hamlet insults himself for failing to avenge his father. He then shows surprise at the performance of an actor who pretends to cry over Hecuba.

8. "Why, as a woodcock to mine own springe, Osric. / I am justly kill'd with mine own treachery."

By letting his emotions get the better of himself, Laertes succeeds in avenging his father but at the cost of his own life.

9. “For murder, though it have no tongue, will speak With most miraculous organ.”

Hamlet determines to find out the truth about the death of his father.

Hamlets implies that he will take revenge as quickly as the mind can think.

Hamlet says that he will make a ghost of anyone who tries to stop him from following the ghost.

12. “God has given you one face, and you make yourself another.”

Hamlet agrees that women should just be themselves, look and act as they are.

Some more famous 'Hamlet' quotes about revenge are explained here. This play touched upon a lot of dramatic points, and has impressed people even centuries ahead of its time. Pick your favorite quotes from the best act and scene in the play.

13. “Leave her to heaven. And to those thorns that in her bosom lodge, to prick and sting her.”

The ghost of Hamlet’s father returns and asks him to leave his mother be.

14. “Murder most foul, as in the best it is; But this most foul, strange and unnatural.”

King Hamlet’s murder by Claudius is most foul because it is done in a sneaky way and it’s unnatural because a brother is supposed to love his brother, not kill him.

15. “There is nothing either good or bad, but thinking makes it so.”

Hamlet says that nothing in this world is good or bad but what we think of it.

16. “Remember thee! Yea, from the table of my memory, I’ll wipe away all trivial fond records.”

He says he will wipe his mind of all the past fond memories and focus only on avenging his father.

17. “Here, thou incestuous, murderous, damned Dane, Drink off this potion!”

Hamlet says this to Claudius just before his death.

18. “Your worm is your only emperor for diet; we fat all creatures else to fat us, and we fat ourselves for maggots.”

Hamlet says that worms are the emperors of all diets. Just like we fatten up other creatures for our food, we fatten ourselves to be eaten by them upon our death.

Polonius implies that even though Hamlet is acting crazy, he is only pretending to be mad.

20. “I must be cruel only to be kind; Thus bad begins, and worse remains behind.”

Hamlet is confused because he wants to kill his father’s murderer but doesn’t want to hurt his mother.

Here at Kidadl, we have carefully created lots of interesting family-friendly quotes for everyone to enjoy! If you liked our suggestions for 'Hamlet' revenge quotes explained for students and parents, then why not take a look at 'The Tempest' quotes and 'Twelfth Night' quotes?