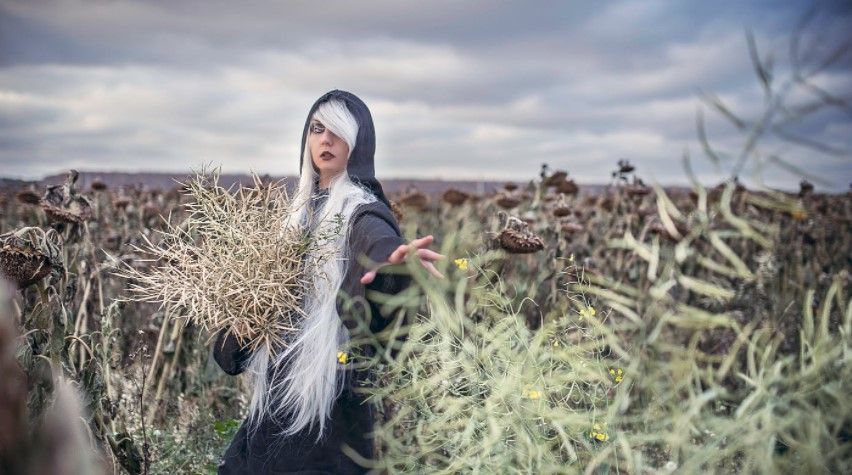 From the world of Dungeons and Dragons, the drow is one creature definitely not to be messed with.

This elf variation are usually evil little creatures with white hair, large eyes, and pointed ears. They are described as a 'chaotic evil,' quick on their feet with an ability to resist magic.

Interestingly, females are stronger than their male drow counterparts and can become clerics or fighters. Armed with magic boots and black attire, these evil drow elves are malicious and feisty, able to destroy most elves who come in their way. All drow dnd players require influential names for their characters. There are many options for these dark elves, from strong sounding titles to soft ones. Perfect for Dungeon Masters, authors, or scriptwriters looking to create a new mythical saga, the list of names given below will undoubtedly have some winning options.

If you want some more inspiration for Dungeons and Dragons names why not try Dragonborn names  or Fire Genasi names.

This section includes strong and dominant names that are ideal for any Drow priestess. The 5E Drow has a cool advantage of being able to resist magic and charms. They are names with sharp sounds and syllables that roll off the tongue easily, appropriate for the night elves' fearless persona. For the combat queens and malicious monsters, the following name options will be an apt choice.

6. Kaimana (Sumerian Origin) is one of the powerful female names meaning "the power of the ocean."

10. Zayada (Arabic Origin) means "one who is made of too much power."

Most male Drow wizards are evil and powerful beings. It only makes sense to choose names that represent this persona. From gothic names, to ones with evil meanings, or that represent demonic forces, the following options are ideal for any Drow character.

11. Arachne (Greek Origin) is the name of a young woman who was cursed by Athena and turned into a spider. It's a great Drow name as these creatures worship a spider deity.

Drow Names From Folklore And Mythology

The way of life of the typical Drow is filled with violence and scheming. Even the Drow language of signs is very expressive, and the more aggressive the demeanor, the better. Names from folklore and mythology are great options to use for the outgoing Drow. There are many male names like those of the mythological heroes, but there are just as many heroines' names. The following are some of the naming options taken from old folklore.

21. Anath (Ancient Semitic Origin) was the name of an ancient warrior and Goddess, meaning "the answer."

22. Antigone (Greek Origin) is a strong warrior from Greek mythology, and it means "worthy of one's parents."

23. Artemis (Greek Origin) is the Greek Goddess of the wild, and the name means "to butcher."

24. Draupadi (Indian Origin) was the name of the fierce Goddess Kali's reincarnate in the Hindu epic, and it means "emerged daughter."

25. Hel (Norse Origin) means "the netherworld or infernal region" and refers to the priestess of the underworld in Norse Mythology. This is a perfect Drow name.

26. Hidimba (Indian Origin) was a demon from an Indian epic, and the name means "powerful devil."

27. Kundalakesi (Indian Origin) means "woman with curly hair" and is derived from an epic about a powerful woman. We love the sound of this name.

28. Louhi (Finnish Origin)means "state of trance" and is the name of a Finnish Goddess who created nine deadly diseases like the plague and cancer.

30. Tefnut (Egyptian Origin) means "the water or to spit" and refers to an Egyptian Goddess.

On rare occasions, Drow characters can even be good-natured or at least not too quick to solve issues with violence. The following are soft names that sound pleasing to the ears, perfect for the elf with a calmer temperament.

This section includes some popular names used by in Dungeons and Dragons, sometimes things are popular for a reason! We think these names are great.

43. Chandara (Sanskrit Origin) means "one part of the moon."

We hope this list of names helped you, hopefully more than a generator! If you need more inspiration why not look at these Eladrin names or Halfling names.