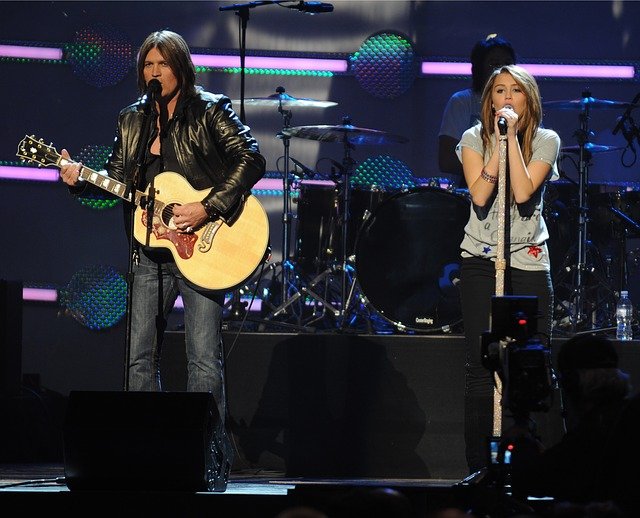 'Hannah Montana' is an American sitcom for teens, which premiered on Disney Channel in March 2006.

It is a TV series that was aired on Disney Channel till January 2011. The TV series has also been adapted into a movie.

The American pop singer Miley Cyrus plays the role of Hannah Montana or Miley Stewart. The story revolves around Miley’s life. Miley lives a double life as a typical teenager on the one hand and a famous pop singer on the other. She wants to maintain her anonymity and continue living the life of a normal teenager. Her catchphrase is "sweet niblets". Although she has quite a few love interests, Jake Ryan was an important one, but he cheats on her in the series.

Her friends, Lilly and Oliver, and her brother, Jackson, become aware of her secret. The movie was produced by Walt Disney Studios and released in 2009. 'Hannah Montana' is not yet on Netflix as of today.

A list of quotes from 'Hannah Montana: The Movie' are given below.

2. “She likes you and you like her, why do you have to make it so complicated?”

Rico Suave’s role is played by Moisés Arias. From a supporting role in the first season, he was promoted to a main role in the second season. Some Rico from 'Hannah Montana' quotes from the series are given below.

7. “This is the best birthday party ever.”

Quotes by Jackson, Miley’s brother, are listed below.

9. “I could be a famous pop star too. If I had talent and hair extensions.”

10. “Well how about, Hannah Montana, what did that poor state ever do to you?”

A list of funny 'Hannah Montana' quotes is given below.

11. “You’re the only popstar I know who can’t get into her own concert.”

13. “Well listen. It doesn't matter to her that Tom Cruise is her co-star. Tell Mr. Spielberg I said thanks but no thanks.”

The best 'Hannah Montana' quotes from songs are given below.

'Cause you control the game

So let them know your name..”

Chill it out, take it slow

Then you rock out the show..”

17. “With a new attitude everything can change

Make it how you want it to be

A list of 'Hannah Montana' quotes said by Tracy are given below.

18. “Yes, because we're getting married tonight!”

Some 'Hannah Montana' quotes about graduation and college are listed below.

21. “Now Dad, at the parent-teacher conference you might hear something about a belching contest. I just want you to know that it never happened. (ecstatically) And I was not the champion!!”

22. “Congratulations! You're the best singer in school!”

23. “You'll never be able to go to school again! Unless you move to the South Pole, completely cut off from all civilization, and you'll eventually go mad, mad I tell you, mad!”

The most famous 'Hannah Montana' quotes from the show are given below.

24. “Well look who showed up. Were all of the other concerts in town sold out? Cause I know you wouldn't pick mine first, or second, or last!”

Given below are some quotes from 'Hannah Montana' about life.

28. “Okay. First, you dropped a cake. Then you lock yourself outside of the house with the new cake. I'm starting to think you got some cake issues.”

30. “This is real life. This ain’t some Nicholas Sparks novel.”

Here at Kidadl, we have carefully created lots of interesting family-friendly quotes for everyone to enjoy! If you liked our suggestions for 'Hannah Montana' quotes so you can get the best of both worlds, then why not take a look at 'Teen Wolf' quotes, or 'The Good Place' quotes.