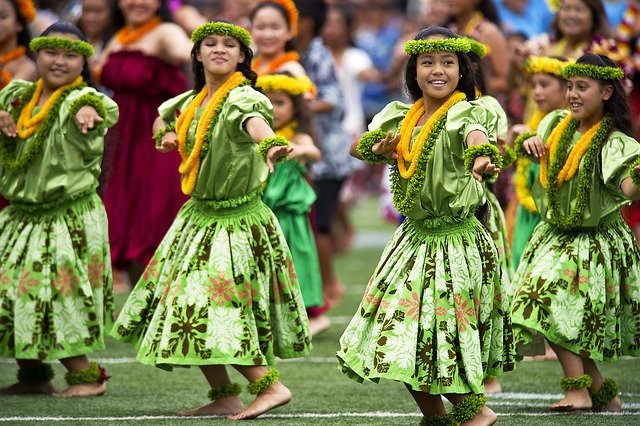 Our names act as windows into our cultures.

Hawaiian culture is widely known for its vibrancy and the island's natural beauty. Another interesting part of the island nation is their naming systems.

For more surname ideas, take a look at these Haitian surnames and these Thai last names.

The Hawaiian language has many exciting surnames. Names in Hawaiian are quite meaningful too. Here is a list of some popular Hawaiian last names and their meanings.

2. Keanu meaning "the one", or " the cool one". A popular name due to actor, Keanu Reeves.

5. Sophia (Greek Origin) meaning "the one who possesses great wisdom".

10. Maui meaning "God of fire". This Hawaiian name gained prominence due to the hit movie, 'Moana'.

11. Nani meaning "beauty". This Hawaiian last name became famous due to the movie, 'Lilo And Stitch'.

13. Pele, meaning "volcano". This Hawaiian last name got popularized because of the famous soccer player, Pele.

Religion has played an important role in shaping Hawaiian cultures, their beliefs and customs.  Several Hawaiian surnames are influenced by it.  Here is a list of Hawaiian names inspired by religion that you can refer to.

15. Akamu meaning “Adam”. A biblical reference to  Adam and Eve. It also means "one of the red earth" and is typically used for children with earth signs.

16. Ailana meaning "the strength or will of God".

18. Aolani meaning "a cloud from heaven".

19. Hekekia a Hebrew name which means "the strengthening of Yahweh".

20. Hikialani meaning "one who looks up towards the heavens".

22. Iokua meaning "Joshua". A character from the Bible.

23. Iona referring to Jonah.  A prophet from the Bible sent to warn of the destruction of Nineveh.

24. Ionakana meaning "God gives us all".

25. Isaia referring to "Isaiah". A prophet from the Old Testament.

26. Iuda referring to "Jude" from the Bible.

28. Kapiolani meaning "fire from the heavens".

30. Kealohilani meaning "the one who shines bright in the heavens". However, this last name has other heavenly connotations as well.

31. Kehau meaning "dew from the heavens".

32. Keikilani meaning "the child of heaven". This is a holy last name.

33. Kiana meaning "Goddess of the moon".

35. Kulani meaning "similar to heaven" or "revealing the heavens".

37. Lanni meaning "the one who is from heaven".

39. Mahelona meaning "mahlon", a biblical reference to a harp, which is considered an auspicious instrument.

42. Nalani meaning "guard of the heavens".

47. Wailani meaning "heaven water". This Hawaiian last name is a perfect choice for your beloved one.

48. Zariyah meaning "the one who has been favored greatly by God".

53. Aleka meaning "the one who is the protector of humankind".

55. Aulani meaning "the messenger of the King" or "the royal messenger".

56. Haulani meaning "ruler of the heavens".

57. Haoa meaning "chief", "guardian" or "protector". It is actually a Hawaiian version of the name Howard.

59. Kahlil meaning "the keeper of keys".

62. Kalei meaning "the person who works for the King".

66. Keawe meaning "the bearer". It is said that this Hawaiian last name refers to tribe chiefs.

68. Kekoa meaning "warrior", this is one of the most common last names in Hawaii.

69. Kekepania meaning "the one who is victorious".  It can also refer to a winner who is given a crown or prize.

72. Kilo meaning "the one who observes the stars". This is used to imply people who daydream.

73. Konala meaning "ruler of the world".

79. Malo meaning "the winner" or "the victorious man".

80. Malu meaning "the harbinger of peace".

81. Nainoa meaning "the protector of children" or "the guardian of the kids".

82. Palapala meaning "a woman of foreign origin". It has been used historically to describe people who came to Hawaii from other islands and countries.

Hawaiian last names are also indicative of people's qualities and their personalities. Here is a list of some good Hawaiian names inspired by qualities.

85. Akamai meaning "one who is wise, smart, intelligent".

86. Akiona meaning "one who of the brown hills"

89. Akana meaning "bright", "light". This is the most common Hawaiian last name.

93. Ele meaning "the one who shines bright".

94. Eusebio meaning "God's best worshiper" It refers to those who pray well.

95. Haukea meaning "fair snow". It is a way to refer to someone's fair complexion.

100. Kaileah meaning "the clearest one" or "the brightest one".

102. Kaiulani meaning "the one who is royalty" or "the sacred one".

105. Kalino meaning "the one who is brilliant".

106. Kamaya meaning "the one who is most precious".

108. Kanani meaning "the one who is beautiful".

109. Kapono meaning "the righteous one".

110. Kapuni meaning "the one who is the favorite of all".

111. Kaua meaning "one who is sensitive at heart".

112. Kaylani meaning "the majestic one".

116. Kilohana meaning "the one who is the best" or "the superior one".

119. Konani meaning "bright". This is one of the rarest Hawaiian last names.

123. Lilo meaning "one who is very generous and giving" This name has gained a lot of popularity due to the movie, 'Lilo And Stitch'.

124. Louanne meaning "one who is relaxed and full of joy".

125. Makali is one of the more popular Hawaiian names meaning "one with small eyes".

126. Malana meaning "one who is full of lightness".

128. Maliana meaning "one who is beautiful".

129. Malkeo meaning "the one who is masculine".

Hawaii is known for its natural beauty. Its flora and fauna have deep associations with Hawaiians' culture. A Hawaiian name is often based on natural elements. Here are some Hawaiian language names inspired by nature.

140. Kahue meaning "gourd". There are chances that this surname was associated with gourd farmers.

156. Pualani meaning "flower of the heaven". Often used to refer to children of royalty and Kings.

Magic and spirituality are very important in Hawaiian culture. These are a few surnames related to magic.

160. Hawea the meaning is a reference to mythical drums that were once brought from Tahiti.

163. Kalpana meaning "diamond of the ocean".

168. Nohealani meaning "a woman who is from paradise.

Kidadl has lots of great names articles to inspire you. If you liked our suggestions for Hawaiian last names then why not take a look at these Hawaiian girl names, or these Hawaiian boy names.