Christmas crackers and the hilarious jokes inside are a staple for any Christmas dinner.

You may be making your own Christmas crackers this year and need some giggle-worthy Christmas jokes. Or perhaps last year your jokes about Christmas weren't exactly the best and you want to make sure the Christmas jokes you tell this year are a total hoot.

Whatever your reason, we have listed 80 sidesplitting jokes on Christmas. Keep reading this article, you're bound to have a chuckle. Get into the festive spirit and spread the joy and Christmas cheer by cracking up your friends and family with this selection of jokes!

A pun Christmas joke is bound to infuse the holidays with laughter. A pun is a play on words that is witty and hilarious. These clever "punny" jokes work a treat inside Christmas crackers or over Christmas dinner for an extra giggle or two.

1.Your presents is requested!

4.Clause all of me, loves all of you!

5.Santa cleans his sleigh with Santa-tiser.

6.That look soots you!

7.I have the final sleigh

9.Believe in your elf!

24.Your Christmas decorations are tremendous.

25.I love you from head to mistle-toe!

26.It's the most pun-derful time of the year.

27.Mary and Joseph had a stable relationship.

28.When Santa's in the room, you can sense his presents.

Telling a question and answer joke would ensure your Christmas is a blast. The classic format for jokes are a staple for your Christmas cracker. They also make for a fun Christmas activity. Try asking the question part to your kids to see if they can figure out the answer!

30.What do they sing at a snowman's birthday party? Freeze a jolly good fellow!

31.What do you get if you cross a snowman with a vampire? Frostbite!

32.What happened to the guy who stole an advent calendar? He got 25 days!

33.What do you get if you cross Santa with a duck? A Christmas quacker!

34.Why did Santa's little helper see the doctor? he had low "elf" esteem!

35.What do you get if you cross a Christmas bell with a skunk? Jingle smells!

37.What does a snowman eat for breakfast? Snowflakes!

38.What happens if you eat Christmas decorations? You get Tinisilitis!

39.Who hides in the bakery at Christmas? A Mince spy!

40.Why did the turkey join the band? Because it had drumsticks!

41.Why do mummies love Christmas? Because there is tonnes of wrapping!

42.What do you call Santa's little helpers? Subordinate clauses!

43.What does a grumpy sheep say at Christmas? Baaaa humbug!

44.What's the best Christmas present ever? A drum, you can't beat it!

46.What do you call an old snowman? Water!

47.What's white and goes up? A confused snowman!

48.What do Santa's little helpers learn at school? The elf-abet!

49.What do you call Santa when he stops moving? A Santa pause!

50.Who delivers presents to baby sharks at Christmas? Santa jaws!

51.What do you call a snowman who goes on holiday in the Caribbean? A puddle!

52.What do snowmen like to do at the weekend? Chill out!

53.What does Santa suffer from if he gets stuck in a chimney? Claustrophobia!

54.What do you get if you cross Santa with a detective? Santa Clues!

55.How does a snowman get to work? By icicle!

57.What do monkeys sing at Christmas? Jungle bells!

A one-liner is what it says on the tin. It is a funny and clever remark that is one line long. One-liners go down a treat in Christmas crackers so take a look at some of the most hysterical Christmas one-liners around!

58.Christmas trees are fond of the past because they have presents beneath them.

59.There are two snowmen standing next to each other, one turns to the other and says "don't know about you, but all I can smell is carrots!"

62.There are 364 days until Christmas and people already have their lights up!

63.There's nothing like the joy on a child's face when he tears the Christmas wrapping to find a PlayStation box filled with socks!

64.Why can Santa deliver presents to the whole world in one night, but the post office takes four weeks to deliver my post?

65.Santa is not allowed down chimneys this year, it was declared unsafe by elf and safety.

66.If Santa ran out of money, would he be Saint Nickel-less?

67.Mail your packages early so the post office can lose them in time for Christmas!

68.Dear Christmas carolers, the only thing that will bring "joy to the world" is a "silent night".

Equal parts corny and comical, knock knock jokes are bound to get some laughs at your Christmas party and after pulling your Christmas cracker. These are classic and kids love 'em so give them a try.

69.Knock Knock! Who's there? Snow! Snow who? Snow business like show business!

70.Knock Knock! Who's there? Pizza! Pizza who? Pizza on earth and good will toward men.

71.Knock Knock! Who's there? Dexter! Dexter who? Dexter halls with boughs of holly!

72.Knock Knock! Who's there? Pudding! Pudding who? Pudding in your face!

73.Knock Knock! Who's there? Holly! Holly who? Holly-days are here!

75.Knock Knock! Who's there? Ivana! Ivana who? Ivana wish you a merry Christmas!

76.Knock Knock! Who's there? Howard! Howard who? Howard you like to be standing out here in the freezing cold whilst you ask "who's there?"

77.Knock Knock! Who's there? Yule! Yule who? Yule know if you open the door!

78.Knock Knock! Who's there? Santa! Santa who? Wait, why am I at the door I should be coming down the chimney!

79.Knock Knock! Who's there? Reindeer! Reindeer who? It's like rain, deer!

80.Knock Knock! Who's there? Hannah! Hannah who? Hannah partridge in a pear tree! 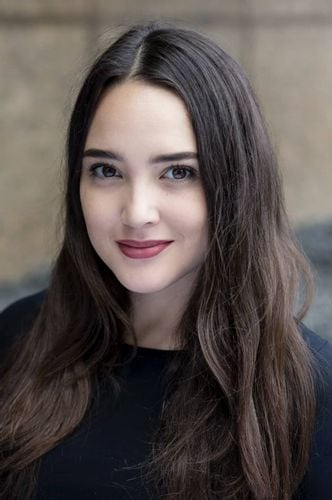