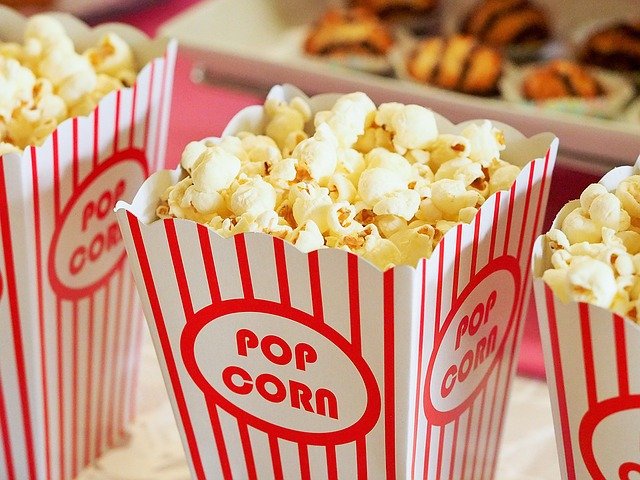 These 'Uncle Buck' movie quotes will definitely tickle your funny bone and remind you of some memorable moments from the film.

'Uncle Buck' is an American comedy film released in 1989 that was directed and written by John Hughes. This article is full of some great movie quotes from the 'Uncle Buck' script.

If you want to find out about the plot of 'Uncle Buck' in brief, it is as follows. Cindy Russell and Bob Russell move from their house temporarily due to an emergency. Left without much of a choice, they call upon Bob’s brother, Uncle Buck Russell, to look after their children. Maizy who is six years old, Miles who is eight years old (played by Macaulay Culkin) and Tia who is 15 years old are the three children of Cindy and Bob. Uncle Buck Russell has a girlfriend called Chanice, he is an extremely lazy character. He moves to Bob’s and Cindy’s house to look after the children in the film.

The plot revolves around how Uncle Buck Russell, played by John Candy, deals with three (almost) unbearable children. While he manages to strike a friendship with the younger two children, it's Tia who is the most difficult for him to handle. She is snotty and has an obnoxious boyfriend, Bug, who does not get along with Uncle Buck At the end, Buck Russell surprises himself and everyone by successfully managing the children. When Cindy Russell and Bob Russell return home, the children say that they will remember "my Uncle Buck Russell" with affection and fondness.

The 'Uncle Buck' movie was made in 1989 by John Hughes and later there were two spin-offs of the movie, both with the same name. 'Uncle Buck' (a TV series in 1990) and 'Uncle Buck' (a 2016 TV series). John Candy plays the title character of Uncle Buck Russell in this hilarious comedy film.

There are so many interesting snippets from the film we bet you will remember once you read through further. Do you remember Uncle Buck's car that was driven around in the movie? Uncle Buck drove a 1977 Mercury Marquis Brougham. The beat-up Mercury certainly looked out of place in the upscale suburbs of Chicago. Uncle Buck also loved taking his niece, Tia to school. He found great pleasure in using the backfiring exhaust to scare the other high-schoolers whom he disliked.

The Uncle Buck scene with Maizy's principal is also quite memorable. It's famous for the "Uncle Buck: here's a quarter" scene where he asks the principal to get the "thing off your face". Another memorable scene from the classic movie, 'Uncle Buck', is the pancake scene in which Uncle Buck Russell makes a giant pancake for his nephew Miles Russell (played by Macaulay Culkin)'s birthday. John Candy is fabulous in this scene and makes this moment in the movie unforgettable. Many of the funny quotes exchanged between Bug and Uncle Buck is also included later on in our article.

Whether you are looking for some funny movie quotes to remember John Candy as Uncle Buck or just hope to come across some quotes that will make you laugh, you have come to the right place. We have compiled the most hilarious and memorable quotes from the movie 'Uncle Buck' just for you. Pick any of the quotes from the quotes listed below for a good laugh. If you're a Macaulay Culkin fan, choose a quote from Miles or maybe a funny Cindy Russell quote for a good laugh. Enjoy reading! You may also check out our Uncle Iroh quotes and uncle quotes for more.

2. "Well, well, well, they certainly are scraping the bottom of the barrel for cheerleaders these days."

4. "Take this quarter, go downtown, and have a rat gnaw that thing off your face! Good day to you, madam."

5. "You know, I have a friend who works at the crime lab at the police station. I could give him your toothbrush, and he could run a test on it. To see if you actually brushed your teeth or just ran your toothbrush under the faucet."

6. "A lot of people hate this hat. It angers a lot of people, just the sight of it. Ah, I'll tell you a story about that on the way to school."

7. "If you think this is big, wait until you see the toast. I couldn't even get it through the door."

8. “When I was his age, I was a guy zooming girls like you. Pretty face, good chip on your shoulder.”

9. I always thought when I had kids I’d have it together like Mary Poppins, but turns out I’m more like Uncle Buck.”

10. "Because they're all good kids, until dried-out, brain-dead skags like you drag them down and convince them they're no good. You so much as scowl at my niece, or any other kid in this school, and I hear about it, and I'm coming looking for you!"

12. "By the way, I want to apologize for last year at your old house... about those bushes. I had no idea they all would catch on fire like that. You were right - I should never have put the barbecue grill that close."

Uncle Buck: Stand me up today and tomorrow I'll drive you to school in my robe and pajamas and walk you to your first class."

16. "How would you like to spend the next several nights wondering if your crazy, out-of-work, bum uncle will shave your head while you sleep? See you in the car."

17. "I don't think I want to know a six-year-old who isn't a dreamer, or a sillyheart. And I sure don't want to know one who takes their student career seriously."

19. "Tia: Now that everything's okay with my grandfather, I want to go out tomorrow night.

Uncle Buck: You can go crazy after I leave. Until then, I'm not letting you out."

The Funniest Quotes From The Kids

It’s not just Uncle Buck who delivers funny quotes in the movie. The children are no less humorous and often steal the show. These sassy quotes from Tia (Jean Louisa Kelly), Miles (Macaulay Culkin) and Maizy (Gaby Hoffmann) are hilarious. The children up their game and make sure they give equally befitting replies to their Uncle Buck and their quotes end up making the plot even funnier. So, here are the funniest quotes from the kids, Tia, Miles (played by Macaulay Culkin) and Maizy.

22. "Do have any idea how embarrassing this is? You driving me up to my school where everyone can see you? I can't believe I'm related to you."

23. "Hey, Mom. Next time you take off in the middle of the night, why don't you hire a murderer to watch the house?"

Tia: We need boys, so they can grow up, get married, and turn into shadows."

Maizy: With a passion.”

27. “This is such a wonderful dinner, Mother. How do you find the time?”

28. "You always kick me around, I'm an American and I have rights."

29. "Maizy's Teacher: Does anybody have a special story to tell the class about something that happened this week? Maizy?

Maizy: My uncle was microwaving our socks and the dog threw up on the couch for an hour."

31. "Miles: You have much more hair in your nose than my dad.

Uncle Buck: How nice of you to notice.

32. "Maizy's Teacher: Why was your uncle microwaving your socks?

Maizy: He can't get the washing machine to work."

Maizy Russell: We don't have a cat."

The Funniest Quotes From Other Characters

A movie is also memorable thanks to the additional or side characters. This is true for this hilarious comedy movie, 'Uncle Buck' as well. There are some really funny quotes exchanged between Bug and Uncle Buck, and how can we forget the most memorable dialogue from Marcie Dahlgren-Frost? Read through some of the funniest quotes from the other characters here.

34. "Look, I think you'd better split. I don't exactly want him to go berserk with an axe on me."

35. “Marcie Dahlgren-Frost. Dahlgren is my maiden name, Frost is my married name. I'm single again, but I never bothered to remove the Frost...and I get compliments on the hyphen.”

36. “But you know, the clock is ticking away here. I would just like to hear the pitter-patter of tiny feet before I die.”

Cindy Russell: How many times do you think?

Here at Kidadl, we have carefully created lots of interesting family-friendly quotes for everyone to enjoy! If you liked our suggestions for 30+ hilarious 'Uncle Buck' quotes we bet you've forgotten about, then why not come and take a look at these other quotes articles, 'You've Got Mail' quotes or 'Breakfast Club' quotes for more?