How To Get Your Home Ready For Santa Claus This Christmas 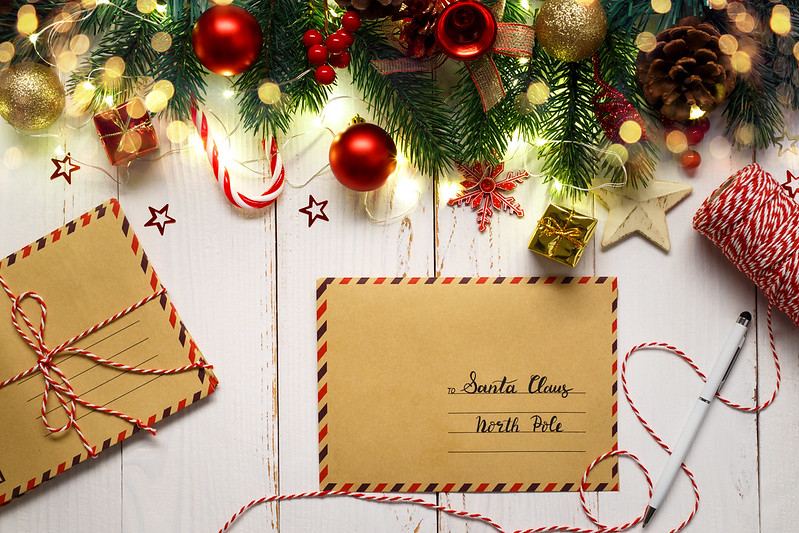 As the Advent calendar depletes and big day draws near, it’s worth considering how you’ll get everything ready for Santa Claus. There are two good reasons for doing this. First, you’ll want to make your home as welcoming and easy to service as you can. St Nic has a lot of homes to visit and we need to give him every assistance. But prepping stuff for Santa is also a really enjoyable way of spending family time in the day or two leading up to Christmas -- it’s a chance to get some more baking and crafting in, for starters. Here are eight things to consider.

Santa absolutely relies upon children leaving him treats. The calories needed to visit every street in the world on just one evening are simply astronomical. He’s particularly fond of foods with a high sugar content, such as pastries, cookies and the like. Mince pies are always a winner, and they’re so easy for kids to make. Roll and cut out pastry circles, pop a dollop of mincemeat (note: not minced meat) into each one, then cover with a pastry lid. Crimple the edges with a fork, dust with icing, prick the top, and bake in the oven for 20 minutes or so. Easy. Then all you have to do is leave them out somewhere obvious for Mr Cringle to find, perhaps with a tot of sherry that totally won’t be drunk by mum when no one is looking.

2. Make Up Your Reindeer Food

Santa’s not the only one who needs sustenance on the epic journey. His team of reindeer are also a ravenous bunch. Reindeer should not be encouraged to eat cookies, mince pies or other rich sweetmeats. Instead, you could make up a batch of special reindeer food. Countless recipes exist, but I find the best formula, which kids love to make, is a mix of porridge oats, raisins and glitter. Leave this beside Santa’s snack, and he’ll take it away for Prancer, Dancer and co.

You should never leave this special reindeer food outside, as there’s a risk that non-magical animals like squirrels will eat the glitter. However, you can leave chopped carrots, celery or apples in the garden, yard or balcony in case the team crave a healthy munch.

3. Hang Up The Stockings

Very importantly, you must hang up a stocking for every member of the household -- preferably on the mantelpiece or fireplace, but any danglesome location will do if your home lacks such adornments. All kinds of novelty stockings are available -- from Harry Potter to The Grinch. Craftier families might alternatively consider knitting stockings, or sewing together L-shaped pieces of felt. Santa won’t discriminate -- so long as there’s a stocking, he will fill it. For some reason, my parents always favoured a tatty Wombles pillowcase when I was a nipper. Even that worked.

4. Leave A Nice Big Gap Under The Tree

Of course, you’ve probably already got some gift-wrapped presents hanging around from friends and relatives. You should remind the kids that Santa doesn’t deliver all the presents -- only the ones that they truly wished for (or the nearest equivalent if Santa has run out of actual live dinosaurs and flying unicorns). Get these all set-up under the tree, but be sure to also leave a clear gap. Santa gets approximately 1.7 femtoseconds in each home. He doesn’t want to have to faff about rearranging your boxes.

5. Pin Up A Thank-You Note For Santa

‍
No doubt, the kids will have sent off their letters to Santa Claus a couple of weeks ago. That’s the ‘please’ part taken care of, but it’s also important to say ‘thank you’. Help the kids to pen a letter of thanks to Father C, and then pin it on the mantelpiece. Santa gets an extremely high volume of correspondence, but he does read and appreciate every letter. Sometimes he replies.

6. Have You Got A Christmas Eve Box?

OK, this one’s not so much for Santa, but it is the last Christmas tradition that many families observe before the arrival of the bearded one. A Christmas Eve box is simply a package of small items to enjoy on 24 December. It might include some new pyjamas, a small game, a good Christmas book, and possibly the reindeer food. See our guide to picking the best contents for this box of delights.

It’s a common misconception that you should leave a door or window open to help Santa get inside (assuming, like most modern households, that you lack a chimney). This is not necessary. An open window lets in the cold and invites the Grinch. Santa has no need for openings. He uses a special trick (known as Polar quantum tunnelling in scientific circles) to get inside locked homes. That said, you can aid his progress with a little homegrown magic. Fashion a wand from drinking straws and a cardboard star. Then, ask the kids to wave it around the house while chanting: “Solid windows, walls and doors; loose thy bonds for Santa Claus.”

The trickiest part of all is getting the kids to sleep on such a magical evening. There is no secret formula for this. The best advice is to make sure Christmas Eve is not spent entirely lying around the house -- get the kids out and about, burning up energy and having outdoor fun. Yes, it’s tempting to sit in front of Elf and the Muppets all day eating cake, but you’ll pay for it later with endless nocturnal “has he been yets?”. Once they’re settled, treat them to a good Christmas story (such as T’Was The Night Before Christmas or The Polar Express), then bid them good night. Then use that hopeful, optimistic line that your parents told to you: “Remember, Santa won’t come until you’ve fallen asleep.”