How To Make An Origami Dolphin When you look at the large number of projects that you can fold and create with paper, its easy to wonder whether people living at the time paper was invented in Asia ever thought there would be so many things you could do with the material.

That is the joy of origami, a craft activity that needs few materials and mostly relies on neat creases or folds to create something special. Projects span all difficulty levels, so it's an activity that's suitable for all ages and abilities but one that you can keep building and expanding upon as your children's skills grow.

Animals are a fun place to start for origami beginners, or if you just want a quick family activity. Whichever project you choose, the results are always a lot of fun, especially when you take on the origami dolphin challenge we have here.

To make this super cute paper dolphin, you will need a square of origami paper or easy to fold craft paper, and a marker pen. Follow these step by step dolphin folding instructions, and take a trip under the sea.

Although this is an easy dolphin origami project, sometimes it helps to see someone else making the project. Videos of this origami dolphin tutorial are available on Youtube. Mix the instructions here with a visual and it can help you get your origami folds in the right place, and keep your origami dolphin on track.

When you've finished your origami dolphin, you could also try making a seascape from an old cereal box and hanging your finished dolphin (or two) from the top using some thread to look like they are swimming in the sea. Another project idea would be to make a fun door hanger by painting a paper plate adding in sea and waves, add your dolphin origami so it's jumping out of the sea, then thread some ribbon through two small holes in the top. 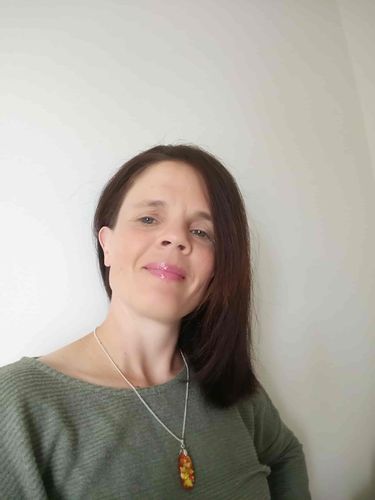