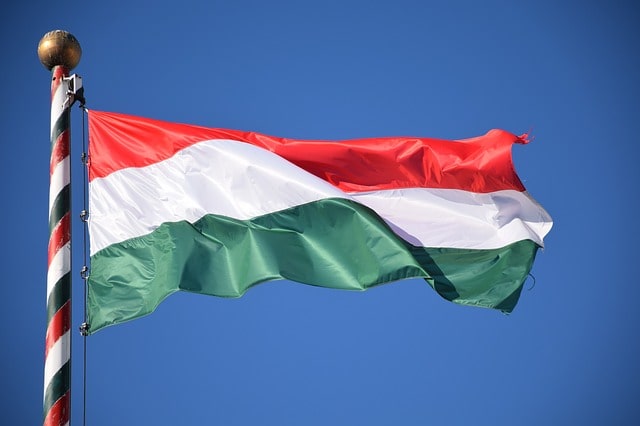 Names are a significant part of our personality that define each individual in our society.

It is no wonder that we are always on the lookout for names with unique characteristics and deeper meanings. There are different traditions and terminology associated with first names and last names all around the world.

In the Hungarian naming system, names are written with the family name first and the given name second. This tradition allows parents to choose from a wide variety of first and last names for newborns and many gender-neutral names can be used interchangeably as first or last names.

Given names are the best way to identify a person, no doubt about that. But what if you are looking for strong Hungarian surnames, perhaps for characters you are creating? We've got you covered with this list of surnames of Hungarian origin.

For more naming inspiration take a look at these Hungarian boys' names or these city names for girls.

Almost 20 percent of the population of Hungary bears one of the 20 most popular surnames. Most of these last names have ties to the occupational names given to families many years ago.

1. Balázs - It is derived from the given name Balázs which has a Latin origin meaning "stammer".

3. Farkas- This popular Hungarian name is used both as a surname and given name. It means "the wolf".

4. Fehér - Translates to "a person with white hair".

5. Fekete - Translates to "black" in Hungarian and is thought to have been the nickname given for a person with dark hair.

6. Gál -Derived from the given name Gál, it is believed to have Hebrew origin meaning "wave".

7. Horváth - This name means "Croatian" in the Hungarian language and is derived from Horvat.

8. Juhász - Occupational name for a shepherd derived from the word 'Juh' meaning "sheep".

9. Kiss - This last name means "little" or "small" and has many variants like Kis, Kish, Kyshe, Kysh, Kysse.

10. Kovács - It is an occupational name which means "Smith" in Hungarian. This is the second most popular Hungarian name.

11. Lakatos - It means "locksmith" in Hungarian and is yet another occupational last name.

13. Molnár - This occupational name was given to Millers.

16. Oláh - It means "Romanian", though originated from old Slavic word value which translates to "Romance-speaker".

17. Papp - It is probably an occupational name used for priests. There are many variations to this last name like Pape, Rapp, Papa, Kapp, Lapp, Plapp, Capp.

18. Rácz -A former last name was given to Serbians who lived in the Habsburg Empire. It is derived from the Hungarian word rác meaning "Rascian".

19. Simon - It is derived from the given name Simon.

20. Szabó - Another one among the popular Hungarian names which refers to the occupation of tailor.

21. Szilágyi - It is derived from Hungarian words szil meaning "elm" and ágy meaning "bed". It is usually given to people with origins from the Szilagy region.

24. Tóth - This name has its origin from the Hungarian word 'tót', which means "Slovak" or "Slovene".

These last names are not as popular as those above, but nevertheless they are interesting and important Hungarian surnames.

26. Almássy -This surname is derived from two Hungarian terms 'al,' meaning "beneath" or "under," and the word 'mase', which means "somebody". The original context of the surname was to denote patronage to some noble family.

28. Baráth - It was derived from the Hungarian word 'barát' meaning "friend".

29. Báthory - This last name has ties to the village of Bátor in Hungary. The word 'Bator' has Turkish roots meaning "hero".

30. Eszes - Synonymous to "clever" in Hungarian.

31. Fodor - Means "curly, wavy", referring to a person with curly or wavy hair.

32. Kardos - This last name has its origin from the word 'Kard' meaning "sword". The name is occupational and refers to soldiers or sword makers.

33. Kedves - Refers to someone with a kind and pleasant character.

34. Kovács - It is derived from the Slavic word 'kovati' meaning "to forge". This last name refers to blacksmiths.

37. Petõ - It was derived from the given name Peter.

38. Rózsa - A feminine name derived from the given name Rosa.

39. Vadas - Hungarian word 'vad' means "wild". This last name is an occupational name for a hunter.

Let us take a peek at these traditional Hungarian names that also include Hungarian family names that are many centuries old and have close ties to origin of Hungary.

41. Apponyi - It refers to a region called Appony now located in Slovakia. This last name originates from the people who migrated from Appony.

42. Batthyány - This family name has its roots traced back to the founding of Hungary. It is said that the chieftain Ors received the town of Battyan upon marriage and gave way to this surname.

43. Cseszneky - The family has ties to a village in Hungary named Cseznek. The name comes from Slavic meaning "a privileged person", like an office-bearer.

44. Esterházy - The name is derived from the settlement Esterháza in the Kingdom of Hungary which no longer exists. This noble family dates back to the middle ages.

45. Frankopan - A noble family of Croatian origin who were among the landowner magnates in Hungary.

46. Hunyadi - This surname has ties to the historical general who led the Hungarian resistance to the Turks in the 1400s.

48. Nádasdy - This last name belongs to a Hungarian aristocratic family with records that go back to the Middle Ages.

50. Rákóczi - This last name has its origins in the seventeenth century and derives from the region named Rákóc.

You will find many surnames listed below which relate to places, rivers or other attributes significant to Hungary and its people. These names form an important part of Hungarian culture.

51. Ádám - The Hungarian version of the given name Adam.

52. Agócs - It is derived from the given names Agoston, Augustine.

54. Bakó  - The word means "axeman" in Hungarian. It is one of the popular occupational surnames.

56. Bíró - A word used for "judge" in the Hungarian language.

58. Bodrogi - Bodrog is a river in Hungary. The people in the settlement near Bodrog bore the last name Bodrogi.

59. Bokor - The meaning of the word is associated with "bush" as well as the village of the same name.

61. Budai  - A family name, originating from the inhabitants of the city of Buda.

62. Császár - It is a Hungarian alternative for the name "Kaiser".

63. Csonka - The word used for "mutilated" in Hungarian.

65. Dunai - The word has ties to the Hungarian name Duna for the river Danube.

68. Faragó - Originates from the word 'Farag' meaning "to carve". It is considered to be an occupational name for woodcutters.

69. Fülöp - It was derived from the given name Fülöp . It is used both as a first and last name.

73. Halmi  - Name associated with a person living on a hillside. It is derived from the word 'Halom' which means "mound".

75. Jónás - It is derived from the given name Jónás which means "dove" in Hebrew.

77. Kalmár - It is an occupational name given to merchants of German origin.

79. Kerekes - Originates from the word 'kerek', which means "wheel". It is usually associated with wheel makers.

80. Kertész - It is an occupational name given to gardeners.

82. Kurucz - The name is derived from the Hungarian word 'kuruc', referring to rebels who fought against the Habsburgs.

83. Lantos - Originates from 'lant' which means "lute" and is used as an occupational name for bards.

85. Nyitrai - It is derived from the name of river Nitra in Slovakia.

87. Puskás  - It is derived from the word 'puska' which means "gun". It is an occupational name for gunsmiths.

88. Sándor - It was derived from the given name Sándor which means "defender".

90. Sörös - From the Hungarian word 'sör' meaning "beer". Originally the name was attributed to beer brewers.

94. Szép - It refers to "beautiful/lovely" in Hungarian.

95. Tisza - It originates from Hungary's second-largest river, the Tisza.

97. Virág - It originates from a nickname meaning "flower" in Hungarian.

98. Vörös - The name means "red" in Hungarian. It often refers to a person with red hair or face.

99. Zentai - Originally referred to a person from the city of Senta in Serbia.