50 Hunter Names For Your Characters 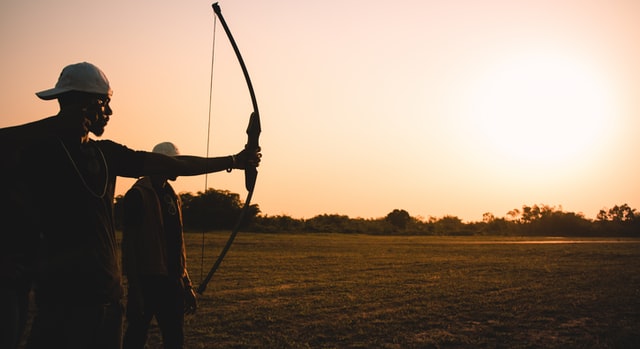 Hunting games are quite the rage, and their characters have become household names across the world.

Whether in modern stories, video games, or various mythological stories, we all have heard plenty of thrilling stories about hunting or about hunters themselves. For gamers or authors who are fond of mythological characters or names, they can now name their characters based on some legendary hunters or characteristics that hunters needs.

No matter whether the character is a boy, girl, or gender neutral, we got you covered with some amazing names that describe the hunter spirit. These names will help your character grow into a fearless individual, following your passion for hunting. Hunter is also a popular name in its own right with many people naming their children that in recent years, however we've tried to dive deeper in this article.

We have found some amazing, unique, and stand out hunter names (boy names, girl names, and gender neutral ) that can be used for any character passionate about hunting. The names mentioned in the article are from real life, mythologies, fantasies, goddesses and gods of hunting, and will represent their love and passion for hunting. All these names are gaining huge popularity lately and we hope you’ll love them too.

If you're looking for more inspiration why not check out 'Star Wars' bounty hunter names or boy names that mean warrior, right here on Kidadl.

Boy names for hunter characters are easy to find, but they can easily become common after a while. Choosing a unique name allows your character to stand out as it is representing their love and passion for hunting. Here are some unique names that mean hunter for male characters:

3.  Aristaeus: (Greek origin) Aristaeus was a "god of hunting".

4.  Cernunnos:  (Germanic origin) A traditional name in Celtic mythology as the "god of hunting".

8.  Holter: (German origin) used for "someone who lives in holt".

9.  Hunt: (Germanic origin) meaning "who try to find someone". This would also be one of the best hunter nicknames for a character with a normal name but a love for hunting.

16.  Nyyrikki: (Finnish Mythology) was the "God for cattle and hunt".

17.  Odin: (Scandinavian origin) was the "leader of the wild hunt".

Try giving your character strong female hunter names to make her feel like the queen of the hunt and to help her build a strong image of fearlessness to overcome all obstacles. It is advised to choose some out of the box names that means hunter or names that mean archer for your character. These names not only have cool meanings but are also beautiful stand-alone names. A few such names for your hunting queen to consider are below.

21.  Artemis: (Greek origin) refers to "Goddess of hunt, animals and the wilderness".

24.  Bendis: An easy to pronounce name was the Thracian goddess of hunting.

27.   Cyrene: (Greek origin) meaning "wall, strength" and known for fighting with a lion.

34.  Mielikki: (Finnish origin) was name of "Goddess of Forest and hunting".

36.  Nerrivik: The helper of fishermen and hunters, was the mother of the sea.

39.  Sedna: (American origin) was "Goddess of marine lives as well as hunting".

40.  Skadi: (Germanic origin) means "archer, who is a goddess of hunting".

If you don't want your character to be bound by gender and are looking for a name which fits all genders, here are a few names for hunters to consider.

46.  Hearne: (English origin) one of the popular names that mean "hunter".

47.  Hunter: The name "Hunter" sounds catchy and can be used for any gender.

49.  Mixcoatl: A standout name for a hunter for your character.

We hope these names helped your in your search but if you want some more ideas why not look at direwolf names or female Viking names.