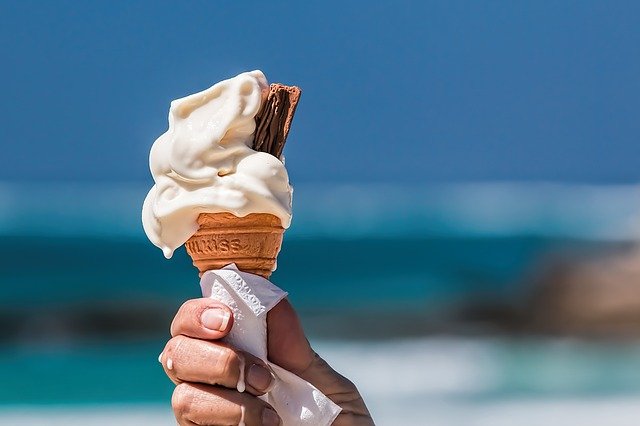 There’s no doubt we all scream for Ice Cream!

There’s no denying, ice creams have been a solid family favorite for years generations. But have you ever questioned where did ice creams come from or who discovered this delicious frozen sweet?

When it comes to who invented ice cream, its origins are known to reach back as far as the second century BC. However, no specific date of origin nor inventor has been entirely credited with its discovery. With thousands of years behind the sweet treat, it’s no surprise they come with an abundance of brilliant facts, take a look here at our top facts about ice cream. What’s more, if you enjoy browsing fascinating facts about food why not check out honey facts  and these mushroom facts?

There are plenty of ice cream flavor facts and even many Neopolitan ice cream facts for kids here.

1. Ice cream is a frozen dessert typically made from dairy products, such as milk and cream, and it is often combined with fruits or other ingredients and flavors.

2. The most popular flavor of ice cream across the world is vanilla.

3. Have you ever wondered what was the first flavor of ice cream? If you thought the answer was vanilla ice cream, you’re wrong. Chocolate was actually invented first.

5. Neapolitan ice cream has three layers, each of a different flavor and color (chocolate, strawberry, and vanilla), these are molded into a block and cut into slices.

6. Neapolitan flavored ice cream got its name in the late 19th century from the Italian city of Naples.

7. One of the most bizarre ice cream flavors is hot dog flavored ice-cream, created in Arizona, US.

9. William Dreyer, of Dreyer’s Ice Cream, is thought to be the original concoctor of Rocky Road in 1929. Partnering with candy maker Joseph Edy, he debuted the first incarnation of the now-famous flavor in Oakland, California.

How was ice cream invented? What was the first flavor of ice cream? It's time to brush up on your ice cream facts and trivia with these interesting facts.

10. When it comes to the invention of ice cream, it remains a hot debate although we do know an ice-cream-like food was first eaten in China in 618-97AD by King Tang of Shang.

11. In Ancient Rome, Emperor Nero is said to have loved lemon sorbet enriched with squashed raspberries and rose water.

13. It’s believed in the 13th century, the Venetian traveler Marco Polo introduced Asian ice cream recipes in Europe after a trip to the Far East

15. King Charles, the First of England, paid his chef £500 a year to keep his ice cream recipe a secret.

16. Before the development of the modern-day refrigerator, ice cream was a high-end luxury reserved for special occasions.

17. In 1843 Nancy Johnson invented the ice cream making machine. It was originally operated with a hand crank and revolutionized the world of ice cream production.

18. Catherine the Great, a Russian royal, was reportedly so obsessed with the frozen treat,  that she had her own porcelain ice cream serving sets made for her.

19. In 1565, an architect named Bernardo Buontalenti invented a refrigeration technique that enabled Italians to eat ice cream at any time.

20. When religious scholars prohibited the consumption of ice cream sodas on Sundays in many US states, ice cream sundae was introduced by ice cream parlors to increase their sales.

21. The story of the ice cream cone invention is believed to have begun at the 1904 World’s Fair in St. Louis, US. An ice cream vendor at the fair reportedly didn’t have enough bowls to keep up with the ice cream demand, so he paired up with a waffle vendor who rolled his product into “cornucopias.” Voila, the first ice cream cone was invented in St Louis.

22. The first ice cream dessert in Italy was invented during the 1600s.

23. Bassets are American old ice cream professionals, established in 1861 they are the oldest ice cream producers in the US.

26. When it comes to Victorian ice cream facts, ice cream from street vendors were known as a 'penny lick' in Victorian England.

There are plenty of fun facts about ice cream, let's take a look at lots of interesting facts here.

27. Thomas Jefferson introduced the vanilla flavour to the US market after visiting France.

28. In the UK it is very popular to eat ice cream with a chocolate flake, known as a 99 Flake.

29. NASA once said ice cream is within the top 3 foods astronauts miss the most.

30. In Italy ice cream is known as gelato.

32. In the UK ice cream trucks are only permitted to play musical tunes between 12-7 pm.

33. In the UK and Ireland there are over 1000 independent artisan ice cream stores.

35. It's believed the ideal temperature to serve ice cream is between 8-10F.

36. An ice creamery is a place where ice cream is made.

37. More ice cream is sold on Sundays than any other day of the week.

39. A survey of 2,000 American people identified that the most popular ice cream topping is chocolate chips.

41. Professional ice cream tasters take it very seriously when tasting a new flavor; they use golden spoons, so the metal doesn't impact the taste of the ice cream.

42. June is the month of the year where most ice cream is produced.

43. It takes approximately 50 licks to finish an average ice cream

Top up your ice cream trivia with these facts and when it comes to how to make ice cream facts, there’s some truly impressive facts here. What's more we also threw in some worldwide ice cream facts.

45. 9% of milk produced in the entire US is used to prepare ice cream

46. Around 50% of the volume in ice cream is air, which gives the dessert treat a light texture.

47. When it comes to fair trade ice cream facts, Ben & Jerry’s ingredients are certified as Fairtrade.

48. Over 1.4 billion gallons of ice cream and related frozen desserts were produced in the US a year.

49. The ice cream industry is valued at 39 billion dollars in America.

50. The United States is among the top 3 countries in the world with the highest ice cream consumption and ice cream sales.

51. Do you love eating ice cream? The average person in America consumes 48 pints of ice cream per year.

52. It takes an impressive 12 gallons of milk to make just one gallon of ice cream.

54. Each Ben Jerry waffle cone has an average of 259 little squares.

55. There is a scientific reason that you can get an ice cream headache, also known as brain freeze. When something frozen touches the roof of your mouth, it makes the blood vessels tense up. This is what causes brain freeze.

56. The biggest ice cream sundae ever was created in Edmonton, Alberta, Canada in 1988. It weighed a whopping 24 tons.

57. New Zealand leads the world when it comes to ice cream consumption, with an impressive per capita consumption of 28.4 liters of ice cream a year.

58. In Europe, per capita ice cream sales last year were highest in Belgium, at roughly 16.16 kilograms.

59. When it comes to Ben and Jerry’s ice cream facts, when they first opened shop, they didn’t just sell ice cream but crepes, pottery and soup,

60. If you're a chocoholic and looking for chocolate ice cream facts, this popular flavor originated in Naples, Italy.

61. The world’s tallest ice cream was over 9 feet tall.

62. Typically ice cream products are usually made from dairy products, but nowadays there are plenty of dairy free alternatives.

64. When it comes to the benefits of eating ice cream, one recent research study found those who eat it in the morning remain more alert than those who don't.

65. There are believed to be over 1000 ice cream flavors in the world.

Here at Kidadl, we have carefully created lots of interesting family-friendly facts for everyone to enjoy! If you liked our suggestions for 65 Ice Cream Facts That Are Seriously Cool, then why not take a look at corn facts or chicken facts?