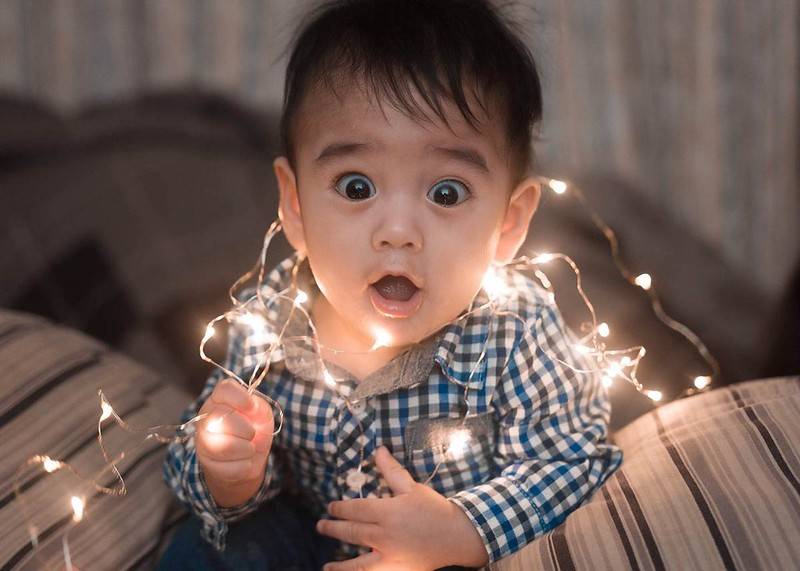 Finding the perfect name for your baby can be difficult, that is why we have listed 100 names meaning light for your boy or girl.

You may struggle between different family names and names that everybody has suggested. If you want to give your child a name that defines what they mean to you, a name meaning light could be perfect, they are the little light of your life after all.

5. Aine (Irish origin) meaning "brightness" or "splendor" is derived from the name of the Irish Celtic goddess of wealth and summer, Áine.

7. Ayla (Turkish origin) meaning "moonlight". However, the name has other meanings in different cultures as well.

8. Chiara (Italian origin) meaning "light and clear". An easy alternative to names like Claire and Keira, this name translates to "famous" or "light" in English.

12. Elaine (French and Scottish origin) meaning "bright, shining light". In old French, this name is a variant of Helen. However, in Arthurian Legend, Elaine was the name of the lover of Lancelot.

14. Eliora (Hebrew origin) meaning "the Lord is my light".

16. Faina (Russian origin) meaning "ray". In Greek Mythology, it is also the name of the goddess of charm, beauty, goodwill, and fertility, Phaenna.

17. Faven (African origin) meaning "light". This name translates to the air of self-love and virtuous women.

19. Helen/Helena (Greek origin); meaning "the shining one" or "bright". It is also the name of the daughter of Zeus  and was considered the most beautiful woman in the world.

20. Iliana (Spanish origin) meaning "the ray of light".  It is one of the most beautiful names parents choose for their little girl.

21. Ilona (Hungarian origin) meaning "light". In Finnish, the name means joy to someone and is derived from the name of the Queen of the Fairies in Magyar folklore.

22. Kamaria (African origin) meaning "moonlight". The name is used to describe Bright as the moon in a small village in Chania regional unit on the island of Crete, Greece.

23. Leora (Greek origin) meaning "compassion and light". In Hebrew origin, the name translates to "light unto me" or "I have a light".

24. Lucy/Lucia/Luciana (Latin origin) meaning "light". All the variations are of Italian origin and is a literal translation of the name of the Saint Lucia of Syracuse, or known also as Saint Luc.

26. Mahina (Hawaiian origin) meaning "moonlight". The name is also a synonym for "moon".

31. Phoebe (Greek origin) meaning "brilliant" or "radiant", and is also the name of the grandmother of Artemis.

32. Roxana (Persian origin) meaning "dawn" or "little star", and is also the name of the Persian wife of Alexander the Great.

34. Thea (Greek origin) meaning "Greek goddess of light". In Greek mythology, Thea is the mother of the sun, moon, and dawn.

38.  Abe (English origin) meaning "father of light". These boy names are used in many English countries to define a boy who can be the Father of a multitude of who is very masculine. Names like these are very unique and were popular boy names choices during the time of Abraham Lincoln.

39. Abner (Hebrew origin) meaning "father of light". The name is derived from the Bible.

43. Apollo (Greek origin) meaning "Apollo" or "light". In Greek mythology, the name is derived from the name of the son of Zeus and Leto and the twin of Artemis.

53. Deepak (Hindi origin) meaning "the little lamp" or "a symbol of a bright future".

57. Fotis (Greek origin) meaning "light". The name is prominent in the Orthodox Church, where St Photios means "pillar and foundation of the Church".

68. Raiden (Japanese origin) meaning "lightning". It is one of the famous characters from the video game 'Mortal Kombat'.

70. Uri (Hebrew origin) meaning "my light". In the Old Testament, the name Uri is associated with the father of Bezalel.

73. Chandler (English origin) meaning "candlemaker". This English origin name is a unisex name that was popularized in the TV show 'Friends'.

If you are looking for baby names that mean "bright", then we are sure you might find some baby names on our next list that may be perfect for your baby!

Just as bright as your boy, these baby names are perfect for your boy who will be brighter than the rising sun! Try one of these names that mean bright and we are sure your family will love.

89. Albus (Latin origin) if you are a fan of the 'Harry Potter' series, then this Latin name is the best for you. It means "bright and white".

If you are one to follow the latest trend and are highly influenced by celebrities, then our next list of names is a must for you. Check out these unique celebrity baby names meaning light.

96. Ella (English origin) meaning "the one who sparkles" or "a beautiful woman".