20 Important 'A Raisin In The Sun' Quotes Explained 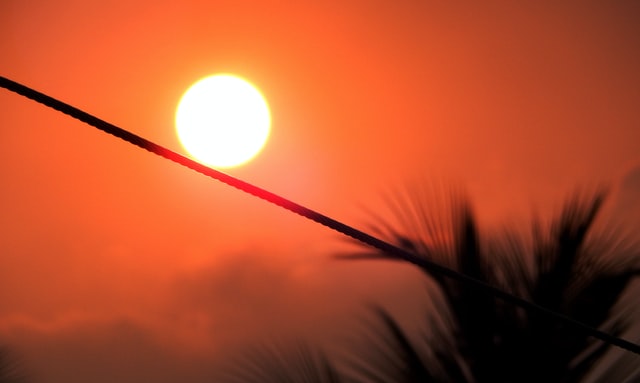 'A Raisin In The Sun' is a play by Lorraine Hansberry that first appeared on Broadway in 1959.

'A Raisin In The Sun' is basically about dreams, as the primary characters battle to manage the harsh conditions of their lives and dream of something more. Ruth is an important character in the play, her dream is to build a happy family, and she believes that the first step towards this objective is to find a better place to live.

The play's title comes from the sonnet 'Harlem' (also called 'A Dream Deferred') by Langston Hughes. The play includes many iconic quotes, and the iconic lie from Walter that "money is life" can be found on different pages, depending on which copy of the play you are reading. If you are looking for the quote in your own copy, it is in Act I, Scene II, so quite near the beginning of the play.

Aside from iconic quotes like this, there is a lot of symbolism in the play. Music, money, Mama's plant and sunlight, Beneatha's hair, cooking and food are all important symbols in 'A Raisin In The Sun'.

If you like these 'A Raisin In The Sun' quotes, you might also love these ['A Thousand Splendid Suns' quotes] and 'A Tree Grows In Brooklyn' quotes too.

'A Raisin In The Sun Quotes' About Dreams

1. "Honey… life don't have to be like this. I mean sometimes people can do things so that things are better… You remember how we used to talk when Travis was born… about the way we were going to live… the kind of house… Well, it's all starting to slip away from us."

Ruth is talking to her husband Walter, she is encouraging him to recall the confident way they once discussed the future, and all the plans they made together.

2. "I know that's what you think. Because you are still where I left off. You with all your talk and dreams about Africa! You still think you can patch up the world."

This quote is from Beneatha to Asagai, she is overwhelmed with hopelessness and does not dare to dream of a different world.

3. "Well – I do – all right? Thank everybody! And forgive me for ever wanting to be anything at all!"

This quote is from Beneatha to Walter. Beneatha, who is irritated, is mockingly apologizing to her siblings for having a dream.

4. "Asagai, while I was sleeping in that bed in there, people went out and took the future right out of my hands! And nobody asked me, nobody consulted me – they just went out and changed my life!"

Beneatha is complaining to Asagai that her dreams have been taken from her by her sibling, her family, and the world. Her remark that no one consulted her suggests that being a female makes it considerably more difficult for her to have a future. Beneatha feels that her future lies in others' hands.

This quote is from Walter to his son Travis. Walter is asking Travis how he can help him fulfill his dreams. Walter always tries to behave like the head of the family.

6."… Big Walter used to say, he'd get right wet in the eyes sometimes, lean his head back with the water standing in his eyes and say, 'Seem like God didn't see fit to give the black man nothing but dreams – but He did give us children to make them dreams seem worth while'."

This quote is from Mama to Lena, she is describing how Lena's dreams are for the family's future generation but not for herself. Big Walter's mention here is a reminder of his sacrifices for his family.

7. "I want so many things that they are driving me kind of crazy… Mama – look at me."

This quote is from Walter to Mama, it shows how Walter's dreams are complicated and hazardous to himself. If one's dream is not given a chance, it can be dangerous to dream big, and this is what this quote implies.

8. "Cause sometimes it is hard to let the future begin!"

This quote is from Walter to Ruth, it shows that Walter believes that money is the key to the future. He replied this to Ruth when she asked him why he was hesitating to open the door.

9. "Bad? Say anything bad to him? No – I told him he was a sweet boy and full of dreams and everything is strictly peachy keen, as the ofay kids say! "

This quote is from Beneatha to her brother, Beneatha is blaming her brother's dream for the downfall of the family. She thinks the family should stop pampering him.

'A Raisin In The Sun' Quotes About Money

10. "Yeah. You see, this little liquor store we got in mind cost seventy-five thousand and we figured the initial investment on the place be 'bout thirty thousand, see. That be ten thousand each. Course, there's a couple of hundred you got to pay so's you don't spend your life just waiting for them clowns to let your license get approved ."

This quote is from Walter to Willy Harris, Walter thinks that investing can bring fortune to his family's life. Unfortunately, his partner proved to be a disappointment, and in the end the investment does not prove fruitful.

11. "Have we figured out yet just exactly how much medical school is going to cost?"

This quote is from Walter to his family, he is expressing his wish of making Beneatha a doctor, whilst also showing considerable concern at the cost.

12. "… Baby, don't nothing happen for you in this world 'less you pay somebody off!"

Walter's line to Beneatha here shows that Walter has a cynical view of the world. He believes that he needs to have money in order to be successful and to gain more money. He is arguing that, if he needs to give a bribe for a liquor license, he will give it.

13. "They said Saturday, and this is just Friday, and I hopes to God you ain't going to get up here first thing this morning and start talking to me 'bout no money – 'cause I 'bout don't want to hear it."

This quote from Ruth to Walter shows that money is at the forefront of everybody's thoughts in the family, since they are so used to being stressed over money worries. Ruth's dream in 'A Raisin In The Sun' is simply to build a better, and happy, family home. This quote shows her frustration at the conflicts in the family.

Walter: No—it was always money, Mama. We just didn't know about it."

This quote is between Mama and Walter, Mama is asking Walter why he is always talking about money. Walter replies by saying that money has always been important and that he believes that people are defined by and judged on the amount of money they have.

15. "I mean it! I'm just tired of hearing about God all the time. What has He got to do with anything? Does he pay tuition?"

This quote is from Beneatha to Bennie. It represents a clash between the two characters, and shows that underlying money concerns are prevalent throughout the book.

Ruth: We ain't never had none before – open it!"

This quote is between Mama and Ruth, they are talking about Walter's life insurance check.

This quote is from Walter to Mama, it is celr throughout the book that Walter feels he has limited opportunities due to lack of money. This check represents a change in his fortunes.

18. "Charlie Atkins was just a good-for-nothing loudmouth too, wasn't he! When he wanted me to go in the dry-cleaning business with him. And now – he's grossing a hundred thousand a year. "

This quote is from Walter to Ruth, it shows his anger at his failed investments, and his resentment that Atkins has gone on to make more money without him. Walter wants to enjoy this success himself.

19. "In fact, here's another fifty cents…Buy yourself some fruit today – or take a taxicab to school or something!"

This quote is from Walter to his family, it shows that Walter tries to prevent his family from poverty. He wants his son to have everything he wishes for.

This quote shows Walter's frustrations at his disputes with others over money. MOney is a constant source of tension throughout 'A Raisin In The Sun'.

Here at Kidadl, we have carefully created lots of interesting family-friendly quotes for everyone to enjoy! If you liked our suggestions for 'A Raisin In The Sun' quotes, then why not take a look at these ''The Kite Runner' quotes or ['The Color Purple' quotes] for more.