70 Incredible Facts About Redheads: How Much Do You Know About The Rarest Hair Color? 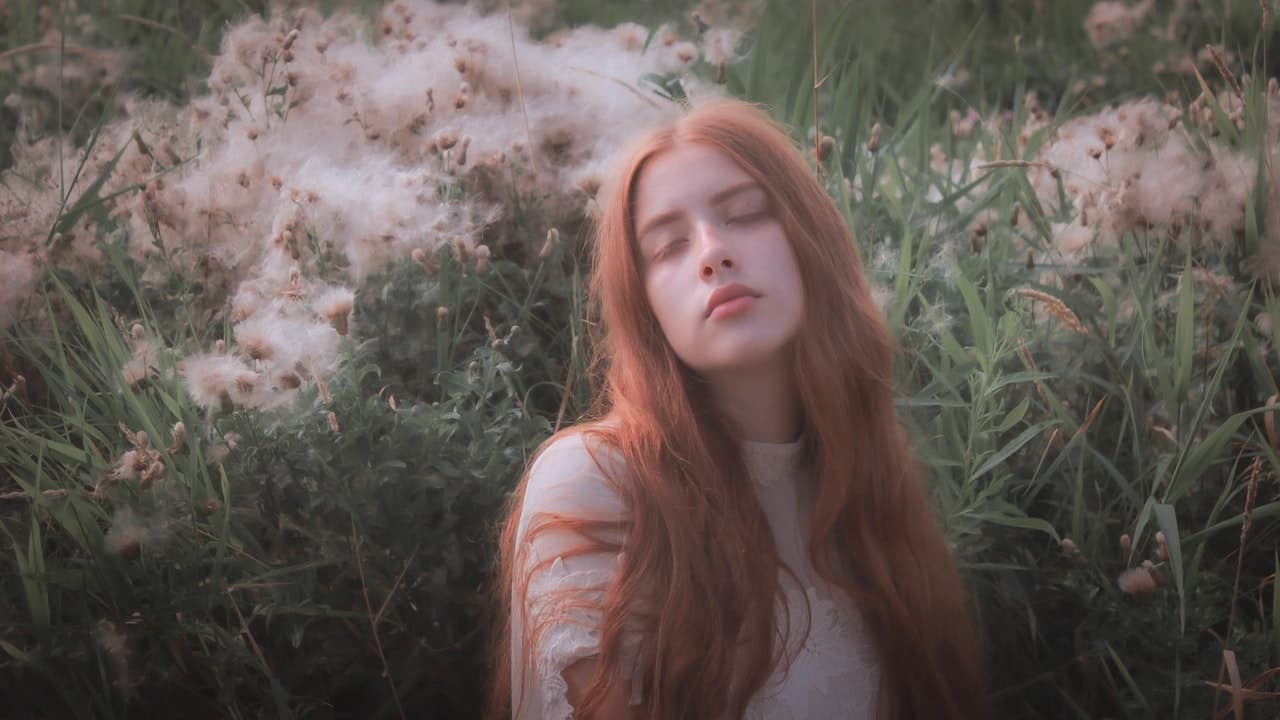 Although red is the rarest natural hair color, it certainly gets the people who have it talked about.

We all like to know what makes us, us. It might be our eye color or our star sign, or maybe it's the hobbies we choose or the way we spend our downtime.

Lots of people are fascinated by red hair, so if you're one of them, check out our list of fascinating facts about this beautiful shade. For more interesting facts, take a look at Scorpio facts and hazel eyes facts.

Do redheads have less hair? Do blue eyes and red hair really go together? Find out with these true facts about redheads.

1. Red is the rarest hair color - only between 1-2% of the world's population are redheads.

2. If you're a redhead with blue eyes, you're a unicorn. Less than a million people have this rarest combination of eye and hair colors.

4. ....Each strand of red hair is thicker than strands of other colours, so although redheads have fewer strands, they still have plenty of hair.

5. Redheads don't go gray. Their hair naturally keeps its pigment longer than most colors, before eventually fading to white.

6. Redheads are twice as likely to develop Parkinson's disease. It's to do with the way the brain releases chemicals like dopamine that control emotions and thoughts.

7. If you're a brunette but find yourself suddenly going red, check your diet. Dark hair turning red can be a sign of protein deficiency.

8. Bees like redheads more than people with other hair colors. Scientists think the bright color reminds them of flowers.

9. Red hair's pigment is so strong, it has to be bleached repeatedly before it can be dyed, damaging the hair.

10. Redheads on average need about 20% more anaesthetic when they go into the hospital for surgery.

11. Redheads can sense changes in temperature more quickly than people with other hair colors.

From the gene mutation that causes red hair to whether or not redheads are really more likely to get skin cancer, you'll find all the biological facts about redheads in this section.

13. Red hair is caused by mutation in a gene called MC1R, which controls hair color.

14. The genetics of red hair mean for a child to be a redhead, both their parents must have the mutated MC1R gene.

15. If two redheads have a baby, the child will always have red hair.

16. People with ginger hair have a greater chance of being left-handed.

17. People of any ethnicity can have red hair. However, it's most common in people of Northern European descent.

18. Redheads naturally produce their own vitamin D, which is essential for good health and proper bone development.

20. Because the MC1R mutation means they have less melanin, redheads are more likely to develop the skin cancer melanoma.

21. The MC1R gene also controls pain response, meaning redheads may be less sensitive to pain like stings and injections.

From Helen of Troy to Winston Churchill, redheads have made their mark. Find out how with these interesting facts about redheads through history.

22. Scientists have found evidence that Neanderthals had a similar gene to the one that gives humans red hair.

23. Founding Father and third President of the US Thomas Jefferson was a redhead.

25. Ancient Greeks believed that people with red hair could turn into vampires after they died.

26. The Ancient Greeks also thought Helen of Troy and the goddess of beauty, Aphrodite, had natural ginger hair.

27. Mummies with red hair have been found as far afield as Peru and Egypt.

28. Pharaoh Ramses II, one of Ancient Egypt's greatest pharaohs, was thought to have been a redhead.

29. Romans valued slaves with ginger hair more highly. In fact, some used to dye their hair red on purpose.

30. Celtic warrior queen Boudicca had a red hair. Maybe that's where all those "fierce redhead" myths come from.

31. Hitler made it illegal for redheads to get married. He said their children would be "deviant".

33. Russia just might be named after a redhead: the name is thought to come from a Viking called Rurik, meaning 'red'.

Supernatural redhead facts from myth and legend to astonish and intrigue you.

34. Lilith, said in some religions to be the first wife of Adam, is commonly shown with red hair.

35. Some theologists think it was Adam who was the redhead, as his name means "red" in Hebrew.

36. The Ancient Egyptian god of the desert, Set, was frequently depicted with red hair.

37. In ancient Gaul, the Merovingians thought redheads had special supernatural powers and abilities.

38. Irish leprechauns are usually pictured with red hair as well as their classic green suit.

39. Spanish people used to believe that redheads' hair colour came from stealing flames from the devil.

40. During the 16th and 17th centuries in Europe, hundreds of women with red hair were accused of witchcraft.

41. Even today, people still think redheads have supernatural powers. Some pagans even dye their hair red on purpose using henna.

42. In Irish myth, the mystical races of the Tuatha de Danaan and the Sithe are both said to have ginger hair.

43. In medieval times, a writer suggested that redheads' blood was an essential ingredient in a paint called Spanish Gold.

These "facts" about red hair are more like myths. None of them are proven: these ones are just for fun.

44. Redheads are often said to have a hot temper because red is associated with fire and danger.

45. Some people think that because red hair is carried by a recessive gene, redheads might be going extinct.

47. In Russia, ginger hair is believed to be a sign of having a hot temper and being a bit of a wild child.

48. Britain has a tradition that says if the first call you receive on New Year's Day is from a redhead, then you'll have bad luck all year.

49. British legend foretold a red-haired leader would save the country from peril. Interestingly, King Arthur, Queen Elizabeth I and Winston Churchill all had red hair.

50. In Poland, legend has it that if you see three redheads at once, you'll win the State Lottery.

51. In Ancient Egypt, it's said that people with red hair were sacrificed as being unlucky.

52. People in Corsica believed that if you pass a redhead walking down the street, you have to spit and spin round to ward off bad luck.

53. Some people say redheads bruise easily, but this may just be down to redheads' pale skin showing bruises more clearly.

54. There is a common belief that redheads are smarter than people with other hair colors.

55. Some people say that redheads' freckles are the marks left by kisses from angels.

56. A lot of people think redheads have more adventurous and outgoing personalities than other hair colors.

Fun and lighthearted red hair facts to keep you entertained.

58. The USA has a National Redhead Day, celebrated on 5 November. It's also known as Love Your Red Hair Day.

59. National Redhead Day was created in 2015 by Stephanie and Adrienne Vendetti, two red-headed sisters who wanted to celebrate their beautiful hair.

60.  Americans aren't the only ones who like to celebrate their fiery locks. 26 May is World Redhead Day.

61. The USA has the highest redhead population of any country in the world, boasting between 6 and 18 million redheaded citizens.

63. Mark Twain once said that while most humans are descended from apes, people with red hair come from cats. We'd say that was catty, but it turns out Twain was a redhead himself.

64. Legend says that the origins of red hair was Prince Idon of Mu, who got it on a visit to the mythical drowned city of Atlantis.

65. Another redhead origin story says redheads are descended from Vulcan, the Greek god of the forge.

66. The most common surname in Italy, Rossi, means redhead.

67. Scotland has the highest percentage of redheads in the world, at 13% of the population.

68. Lots of English-language surnames are inspired by redheads. Names like Flannery, Reid and Russell can all trace their origin to red hair.

69. 1 in 10 Irish people has red hair, making them second in the world after Scotland for number of redheads per capita.

70. One of the first women's professional basketball teams, the All-American Redheads, was named after the fact all its members had red hair.

Here at Kidadl, we have carefully created lots of interesting family-friendly facts for everyone to enjoy! If you liked our suggestions for incredible facts about redheads, then why not take a look at Love facts, or Capricorn facts.

7 Cool KS1 Science Investigations To Do At Home
Eleanor Larbi
No items found.