102 Indian Girl Names With Meanings For Your Baby 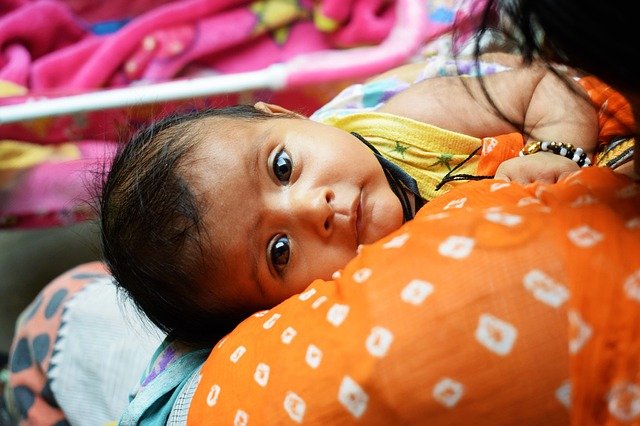 Looking for baby name inspiration? We have listed 100 Indian girl names to help you find the perfect name for your new arrival.

The feeling of happiness when your baby girl is born is incomparable. At first sight of her, you fall head over heels in love with her.

Welcome to parenthood! Life, as you know it, will never be the same again. You will ace feeding and nappy change routines, the first rollover and enjoy the first mischievous smile. As a new parent, you might be looking for Indian baby girl names that are the right blend of unique, melodic and meaningful, so we have put together a list of 100 Indian girl names with meanings to help you find the perfect one.

For more naming inspiration, why not take a look at these names that mean kind or these geographical names?

Every girl deserves a beautiful name that reflects her personality. Each Indian girl name suggested below has a lovely meaning attached to it.

1. Anika (Sanskrit origin) an epithet of the Goddess Durga, meaning grandeur and poise.

4. Bishakha (Hindu origin) means the brightest star in the sky.

5. Bhuvi (Hindu origin) meaning celestial being, a girl who is the pinnacle of kindness

6. Chaaya (Indian Origin) one who provides sanctuary, or a counterpart.

8. Disha (Hindu origin) an Indian name meaning leads one in the right direction.

11. Falguni (Sanskrit origin) a baby girl born in the month of falgun. It can also mean a girl with a pleasant personality.

13. Gulika (Bengali origin) denotes a baby girl who is a jewel in the family.

14. Hana (Hindu origin) refers to a baby girl who is the center of happiness and knowledge.

15. Hrithika (Hindu origin) is a name that refers to the rhythm of the heart, compassion and generosity.

16. Iraja (Sanskrit origin) one of the best Hindu baby girl names, it means beloved daughter of the Wind God.

17. Jeevika (Hindu origin) refers to a shower of rain that rejuvenates the earth.

18. Jhalak (Hindu origin) is a baby name that implies a single glimpse of the baby gives happiness.

22. Meera (Israeli and Hindu Origin) one of the best Hindu baby girl names, denoting a devotee of Lord Krishna.

23. Nitara (Indian Origin) refers to a long lineage of ancestors.

24. Ojasvi (Sanskrit Origin) a girl with an indomitable spirit.

25. Oorja (Sanskrit Origin) a girl who is full of life.

26. Pahal (Hindu Origin) one of the most popular baby names, meaning first steps or new beginnings.

27. Saanvi (Sanskrit Origin) a name that means one who follows.

28. Triya (Hindu Origin) a name which denotes a youthful girl.

29. Urmil (Sanskrit Origin) a name that refers to the pattern of waves.

30. Vaanya (Hindu Origin) this name represents the Goddess of the woodlands.

31. Zara (Multiple Origins) means a beloved princess. This is one the the most popular baby girl names on our list.

Here are a few Melodious Indian Girls Names that are music to the listener's ears.

37. Chanchal (Hindu Origin) refers to a girl who is full of cheer and mischief.

38. Chandni (Hindu Origin) refers to the effervescent light of the moon.

41. Geet (Indian Origin) a popular choice in this list of Indian baby girl names, Geet means a lyrical poem or a melodious song.

45. Kavya (Sanskrit origin) a beautiful name for a baby girl meaning an ode or a devotional song.

49. Pihu (Hindu Origin) is one of those perfect baby names that translate to a girl who is cherished.

50. Qiyara (Indian Origin) is a popular name denoting a girl who is full of charm and beauty.

51. Shravya (Sanskrit Origin) translates to harmonious, pleasing to the ear.

Some parents believe that a long name with more syllables in it makes the name more unique and memorable. Here we have compiled a list of long Hindu baby girl names that may appeal to you.

56. Eravati (Sanskrit Origin) refers to a Goddess of the same name.

57. Gayatri is a Sanskrit epithet for a hymn. It also refers to the Mother of Vedas.

59. Ishanvi (Sanskrit Origin) refers to the Goddess of knowledge.

61. Qayanat (Multiple Origins) meaning a girl with a glimpse of the entire universe.

62. Rajeshri (Hindu Origin) a girl destined to be a King's cohort.

64. Tamanna (Multiple Origin) translates to the feeling of 'yearning'.

65. Udhyarani (Indian Origin) a name that denotes a Queen rising in power.

Here we have compiled a list of short, catchy girl baby names that we are sure you will love.

68. Aarna (Sanskrit Origin) refers to Goddess Lakshmi who emerged from the ocean during Samudra Manthan.

69. Aditi (Sanskrit Origin) refers to the Vedic Goddess who personifies infinity and reigns over earth, sky, past, future and fertility.

71. Aanya (Multiple Origins) in Hinduism, this name refers to the grace of Goddess Durga.

72. Avni (Sanskrit Origin) a girl whose generosity is comparable to the Mother of  Earth.

73. Diya (Sanskrit Origin) means a girl who deserves to be showered with gifts.

74. Dwiti (Sanskrit Origin) is a girl who understands the dual nature of life on earth.

75. Ella (Multiple Origin) is a girl of divine beauty.

77. Gul (Persian Origin) refers to the beauty of Rose flower.

78. Ira (Sanskrit origin) refers to Goddess Saraswati, the Goddess of wisdom and knowledge.

83. Trisha (Multiple Origins) a girl with a passion for excellence.

84. Wishi (Hindu Origin) a name that bestows the power of wish fulfilment.

Every parents' search for baby names is ultimately driven by a single purpose - that the name they choose is loved by their child and all who meet her. Here is a list of baby girls' names that might just start a new trend.

90. Ikshita (Hindu origin) refers to a girl with a distinct personality.

92. Mahika (Hindu Origin) is nature inspired name referring to the aroma of dewdrops at dawn.

93. Mira (Sanskrit Origin) representing the sea or the ocean.

94. Nyra (Multiple Origins) this name represents the Goddess Saraswati as the personification of enlightenment and knowledge.

96. Prahasini (Indian Origin) a girl who is warm and ever-smiling.

98. Roohi (Arabic Origin) refers to a girl with a pure soul.

99. Trishona (Hindi Origin) refers to the thirst to prove oneself.

101. Vanani (Hindu Origin) it signifies a  forest dwelling girl, who is close to nature.

102. Zoya (Indian Origin) a name that suggests a lively, affectionate and kind girl.