46+ Inspirational Quotes About Intelligence And Beauty 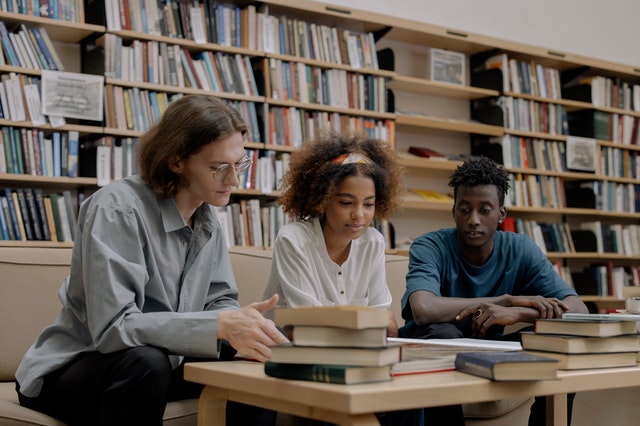 Intelligence is an important attribute that many of us strive to achieve.

Intelligence isn't defined by a set of attributes, as it can be achieved in each and every aspect of life. An intelligence quotation is any quote about opening our minds and learning more about the world around us.

If you love what you read then check out these inner beauty quotes and clever quotes for more inspirational quotes.

1. "The test of a first-rate intelligence is the ability to hold two opposed ideas in mind at the same time and still retain the ability to function."

2. "The intellect is not a serious thing, and never has been. It is an instrument on which one plays, that is all."

4. "The mind is not a vessel to be filled but a fire to be kindled."

5. "Action is the real measure of intelligence."

6. "A great deal of intelligence can be invested in ignorance when the need for illusion is deep."

- Saul Bellow, 'To Jerusalem And Back'.

7. "Belief is the death of intelligence."

8. "True intelligence operates silently. Stillness is where creativity and solutions to problems are found."

9. "Failure is simply the opportunity to begin again, this time more intelligently."

10. "The measure of intelligence is the ability to change."

11. "Crazy people are considered mad by the rest of the society only because their intelligence isn't understood."

12. "An intellectual is a man who takes more words than necessary to tell more than he knows."

13. "The sign of an intelligent people is their ability to control emotions by the application of reason."

14. "Whatever the cost of our libraries, the price is cheap compared to that of an ignorant nation.”

15. "The advancement and diffusion of knowledge is the only guardian of true liberty."

16. "Intelligence without ambition is a bird without wings."

17. "Beauty is not who you are on the outside, it is the wisdom and time you gave away to save another struggling soul like you."

18. "If you lack emotional maturity, your ability to go far in your journey to success in leadership is very limited."

19. "People are like stained-glass windows. They sparkle and shine when the sun is out, but when the darkness sets in, their true beauty is revealed only if there is a light from within."

20. "A good head and good heart are always a formidable combination. But when you add to that a literate tongue or pen, then you have something very special."

21. "No matter how plain a woman may be, if truth and honesty are written across her face, she will be beautiful."

22. "Emotional self-awareness is the building block of the next fundamental emotional intelligence: being able to shake off a bad mood."

23. "Your intellect may be confused, but your emotions will never lie to you."

25. "Without consciousness and intelligence, the universe would lack meaning."

26. "I would prefer an intelligent hell to a stupid paradise."

27. "I can normally tell how intelligent a man is by how stupid he thinks I am."

- Cormac McCarthy, 'All The Pretty Horses'.

28. "Intelligence is really a kind of taste: taste in ideas."

29. "And still they gazed, and still the wonder grew, that one small head could carry all he knew."

30. "Intelligence is an accident of evolution, and not necessarily an advantage."

31. "God gives us intelligence to uncover the wonders of nature. Without the gift, nothing is possible."

33. "Intelligence is so damn rare and the people who have it often have such a bad time with it that they get bitter or propagandistic and then it's not much use.

34. "We need only travel enough to give our intellects an airing."

35. "Intelligence is not to make no mistakes, but quickly to see how to make them good."

37. "I am so clever that sometimes I don't understand a single word of what I am saying."

- Oscar Wilde, 'The Happy Prince And Other Stories'.

39. "When I was young, I admired clever people. Now that I am old, I admire kind people."

40. "Yesterday I was clever, so I wanted to change the world. Today I am wise, so I am changing myself."

42. "Passion makes idiots of the cleverest men, and makes the biggest idiots clever."

43. "It is not that I'm so smart. But I stay with the questions much longer."

44. "A smart man makes a mistake, learns from it, and never makes that mistake again. But a wise man finds a smart man and learns from him how to avoid the mistake altogether."

45. "Intelligence is more important than strength, that is why earth is ruled by men and not by animals."

46. "Being clever was when you looked at how things were and used the evidence to work out something new."

- Mark Haddon, 'The Curious Incident Of The Dog In The Night-Time'.

47. "Cleverness is serviceable for everything, sufficient for nothing."

Here at Kidadl, we have carefully created lots of interesting family-friendly quotes for everyone to enjoy! If you liked our suggestions for intelligence quotes, then why not take a look at these [quotes about trying] and [quotes about understanding] for more great quotes to share with family and friends?

How To Look On The Bright Side Of Lockdown With Children’s Author Steven Vinacour
Laura Savage
No items found.