30+ Inspiring Wright Brothers Quotes That Will Put You In Flight 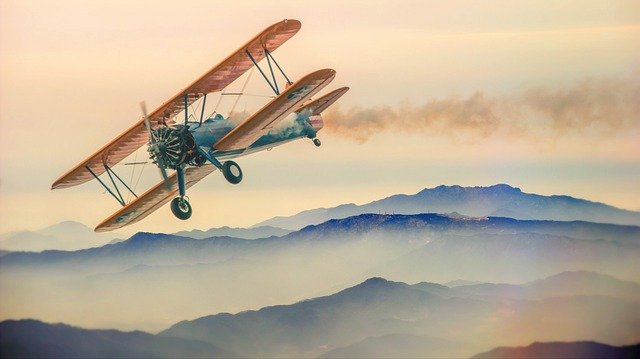 The Wright brothers built the first successful aircraft with a fueled motor.

They flew their first heavier-than-air aircraft, called the Wright Flyer, on 17 December 1903. Between 1904 and 1905, the siblings developed their flying machine to make it longer running and tried to achieve more streamlined trips, creating the Wright Flyer II.

This creation was followed by their invention of the first functional fixed-wing airplane, called the Wright Flyer III. Wilbur Wright and Orville Wright were the first people to create airplane controls that made fixed-wing controlled flight conceivable, for this they have an iconic and famous legacy.

The Wright brothers, Wilbur Wright and Orville Wright, are remembered both for their groundbreaking innovations in the world of aircraft and for their insightful quotes. The brothers' description of flight, saying that "the sensation is one of perfect peace mingled with an excitement that strains every nerve to the utmost", is forever an iconic description of the wonders of air travel! That's why we have put together a list of the best Wright brothers famous quotes, so you too can be inspired by this revolutionary pair!

For more quotes from inspiring figures, check out these Usain Bolt quotes and Alan Turing quotes.

The Wright Brothers Quotes About Flying

In 1896, the papers were full of stories of developments to aircraft and other flying machines. The Wright brothers, living in West Dayton, Ohio, saw that these airplanes needed reasonable controls. This spurred the Wright brothers on to try to invent their now-famous flying machine. This invention meant that Wilbur and Orville Wright are now remembered as pioneers of aviation. This list includes lots of Orville quotes, Wilbur quotes and quotes from other people about the Wright brothers. Why not take inspiration from these interesting Orville Wright and Wilbur Wright quotes about flying?

1. “The Wright brothers flew through the smoke screen of impossibility.”

2. “The exhilaration of flying is too keen, the pleasure too great, for it to be neglected as a sport.”

3. “The desire to fly is an idea handed down to us by our ancestors who, in their grueling travels across trackless lands in prehistoric times, looked enviously on the birds soaring freely through space, at full speed, above all obstacles, on the infinite highway of the air.”

6. “The airplane stays up because it doesn’t have the time to fall.”

7. “There is no sport equal to that which aviators enjoy while being carried through the air on great white wings. More than anything else the sensation is one of perfect peace mingled with an excitement that strains every nerve to the utmost if you can conceive of such a combination.”

8. “For some years I have been afflicted with the belief that flight is possible to man. My disease has increased in severity and I feel that it will soon cost me an increased amount of money if not my life.”

9. 'We figured that Lilienthal in five years of time had spent only about five hours in actual gliding through the air. The wonder was not that he had done so little, but that he had accomplished so much'.

10. “It is possible to fly without motors, but not without knowledge and skill.”

These Wright brother quotes related to aviation or aircraft are famous all around the world, why not search for your favorite inspirational Wright Brothers quotes or and Wilbur and Orville Wright quotes about success below?

11. “If I were giving a young man advice as to how he might succeed in life, I would say to him, pick out a good father and mother, and begin life in Ohio.”

12. “A man who works for the immediate present and its immediate rewards is nothing but a fool.”

13. “Every mind should be true to itself—should think, investigate and conclude for itself, wrote Ingersoll.”

14. “Do not let yourself be forced into doing anything before you are ready.”

15. “If we worked on the assumption that what is accepted as true really is true, then there would be little hope for advance.”

16. “Do not let yourself be forced into doing anything before you are ready.”

17. "Innovation really is the life blood of our American economy... looking back at the stories of Thomas Edison, Alexander Graham Bell, and the Wright Brothers, you look at emergence to technology innovation and what it has done for our economy. We need to continue that."

18. "Man, by reason of his greater intellect, can more reasonably hope to equal birds in knowledge than to equal nature in the perfection of her machinery."

20."When counting on learning from innovation, there are great successes but also failures. The Wright Brothers invented the aircraft and started an amazing process of innovation, where we now have planes that carry 500 passengers. Along the way, there were some silly looking vehicles that crashed early on."

21. "Successful technologies often begin as hobbies... The Wright brothers invented flying as a relief from the monotony of their normal business of selling and repairing bicycles."

22.  "The ability to do this so quickly was largely due to the enthusiastic and efficient services of Mr. C.E. Taylor, who did all the machine work in our shop for the first as well as the succeeding experimental machines."

23. "We were lucky enough to grow up in an environment where there was always much encouragement to children to pursue intellectual interests; to investigate what ever aroused curiosity."

24. “All the money anyone needs is just enough to prevent one from being a burden on others.”

The Wright Brothers Quotes About Engineering

25. 'We wrote to a number of the best known automobile manufacturers in an endeavor to secure a motor for the new machine. Not receiving favorable answers from any of these we proceeded to design a motor of our own.'

26. "It was the first time in the history of the world that a machine carrying a man and driven by a motor had lifted itself from the ground in free flight."

27. "When the machine was flown as a kite, the wing with the greater angle always had the greater lift, because the kite cords or cables prevented one wing from attaining a higher speed through the air than the other."

28. "The balancing of a flyer may seem, at first thought, to be a very simple matter, yet almost every experimenter had found in this one point which he could not satisfactorily master."

29. “Thousands of men had thought about flying machines and a few had even built machines which they called flying machines, but these were guilty of almost everything except flying.”

30. “What is chiefly needed is skill rather than machinery.”

Here at Kidadl, we have created lots of interesting family-friendly quotes for everyone! If you liked our suggestions for the best Wright brothers quotes, check out our airplane movie quotes and Air Force quotes too!