82 Interesting Facts About Honduras That Kids Will Love 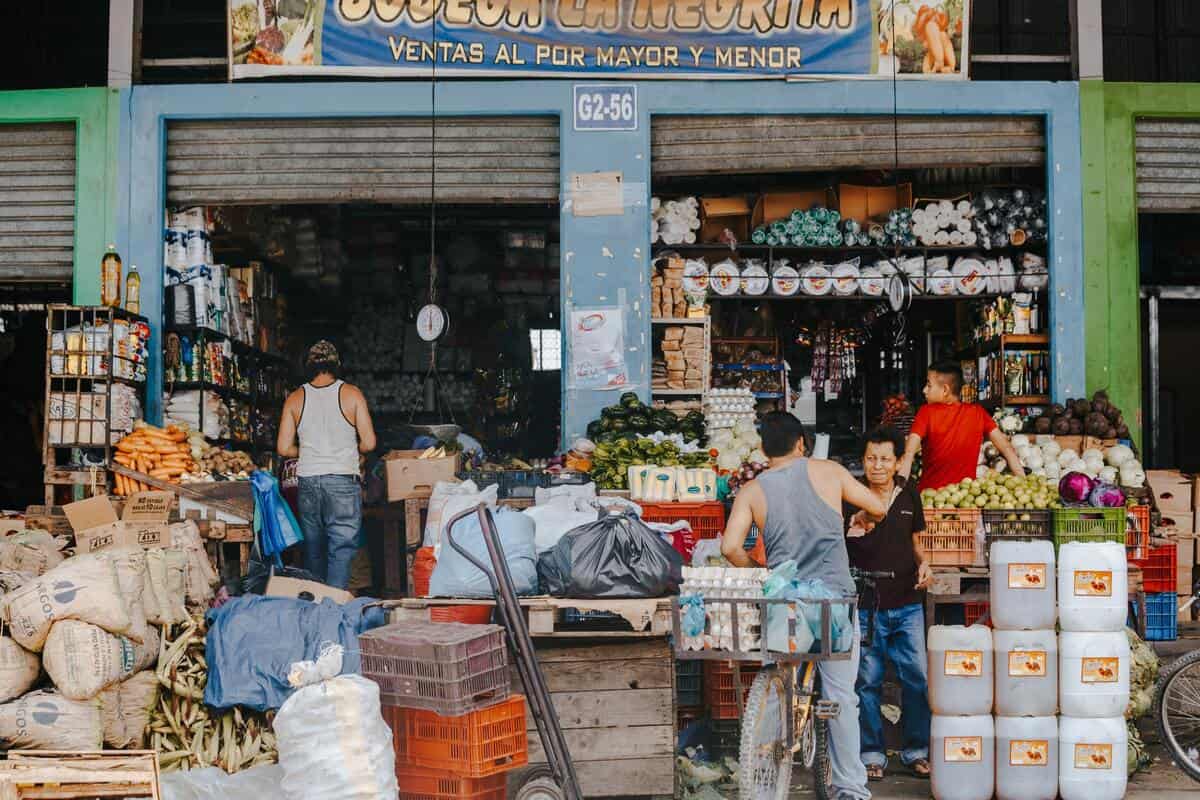 What do you actually know about the small Central American country called Honduras?

If the answer to that question is not enough, then you are in luck! These fun facts about Honduras will present you with a comprehensive overview of the country's culture, demography, history and geography.

Did you know that the second largest coral reef in the world is in Honduras? That there used to be a Spanish Honduras and a British Honduras? That Honduras was discovered by Christopher Columbus? Read these Honduras facts to find out more!

Once you have read these facts about Honduras, if you are interested in finding out more information about other Central American countries, why not take a look at these interesting Nicaragua facts for kids or at these Costa Rica facts for kids?

These Honduras facts for kids contain all the information you need about the demography, economy and the different regions of Honduras.

1. Honduras is a country located in Central America.

2. It shares a border with Guatemala , Nicaragua and El Salvador.

3. People from Honduras are called Hondurans, or Catrachos.

4. Honduras is a presidential republic, but it has been suffering from corruption and violence for many years.

5. Honduras is one of the poorest countries of South America.

6. In Spanish, the word Honduras means "great depths". The country's name is a reference to Christopher Columbus' comments on the depths of the ocean surrounding the land.

7. The currency of Honduras is the Honduran Lempira. The name comes from a Native chief who fought against Spanish invaders.

8. The capital of Honduras is Tegucigalpa, which is commonly shortened to Tegus.

10. Income in Honduras is the lowest in North America, and it is recognised as a food priority country by the United Nations.

11. Life expectancy in Honduras is estimated to be 74.6 years old.

12. Mara Salvatrucha is a gang which is very active in Honduras. In 1997, the gang kidnapped and killed the son of President Ricardo Maduro.

13. If you want to call someone in Honduras, you will have to dial the international code 00504.

14. The Honduran flag contains stars and stripes. The stripes represent the Pacific Ocean and the Caribbean Sea which surround the country, and the five stars represent the five countries in Central America.

15. Honduras is sometimes referred to as Spanish Honduras in order not to be confused with British Honduras which is now known as Belize.

16. The official language of the Republic of Honduras is Spanish. Honduran Sign Language is also recognized.

17. Honduras' main religion is Catholicism. The majority of Hondurans, about 97 percent of the population, belong to the Roman Catholic Church.

18. Honduras is the country with the highest murder rates in the world.

19. There are many instances of human trafficking which occur in Honduras; it is a rampant issue in the country.

20. The population of Honduras is very young on average. In 2012, more than 50 percent of the population was under the age of 19.

21. The oldest clock in America, dating back to 1100, is in the cathedral of Comayagua, in Honduras.

22. More than 50 percent of the population of Honduras lives below poverty levels.

25. The population of Honduras is estimated at 9.5 million, making it the 95th biggest country in the world in terms of population.

26. Hondurans drive on the right side of the road.

27. The national motto of Honduras is "Libre, soberana e independiente" which translates as "Free, sovereign and independent".

28. Honduras' national anthem was adopted in 1915 after a contest was held the previous year.

29. The national bird of Honduras is the Scarlet Macaw. It is considered to be sacred.

30. Honduras' national animal is the white-tailed deer, one of the two species of deer present in the country.

32. The national flower of Honduras is the Rhyncholaelia digbyana.

These Honduras facts will give you all the information you need about the physical features of Honduras. Not only will you know about Honduras' mountains and coral reef, you will know more about the regions Honduras has and various Honduras landforms. Any geography experts are sure to love these facts.

33. Honduras has a surface area of 43,433 square miles, making it the 101st biggest country in the world in terms of size. It has a mainland but also some bay islands.

34. Honduras is the second largest country in Central America after Mexico.

35. Honduras is also the only country which touches four other Central American countries.

37. There are islands off the coast of Honduras called the Honduran Bay Islands.

38. Honduras is the nation which hosts the highest number of coral reefs behind Australia.

39. The Mesoamerican Barrier Reef System off the coast of Honduras is the second largest barrier reef in the world, second only to Australia's Great Barrier Reef.

40. Diving is a popular tourist activity in Honduras, especially to explore the barrier reef.

41. Guanaja is a very small island off the coast of Honduras which is known as the Venice of Honduras because it has many waterways.

42. The largest body of fresh water in Honduras is Lake Yojoa.

43. Mining is a big industry in Honduras as there are many mines for gold, silver, zinc and lead which are often owned by foreign companies.

44. The Platano Forest in Honduras was nominated to be one of the New Seven Wonders of the World.

45. Hurricane Mitch destroyed a large part of Honduras in 1998. It is thought that at least 5,000 people were killed and more than 70% of crops across the country were devastated.

46. The cost of the damage inflicted by Hurricane Mitch to Honduras was estimated at $2.7 billion.

48. Honduras is the home of 110 species of mammals, and over half of these are species of bats.

50. The highest mountain in Honduras is Cerro Las Minas which is 2,870 meters high.

51. The longest river in Honduras is the Patuca River.

52. The Rio Platano Biosphere Reserve in Honduras is classified as a UNESCO World Heritage Site. It is known for its very rich and diverse fauna and flora.

54. The climate in Honduras is mostly tropical but it is also temperate in the mountains.

55. The world's largest fish, the whale shark, comes to feed in Utila, a feeding site in Honduras.

56. One of the oldest cacao plantations was discovered in Honduras and is estimated to go back to 1100 BC.

57. The Mayan ruins of Copan are the biggest attraction for tourists in Honduras as they contain many hieroglyphs and stelae. These Mayan ruins have been classified as a UNESCO World Heritage Site since 1980.

These facts about the history of Honduras will inform you about the nation's origins all the way up until its involvement in the Second World War. History buffs will love these interesting facts about Honduras through the years.

58. Honduras was discovered by Christopher Columbus in 1502.

59. In the 16th century, Honduras was invaded by Spanish conquistadors who ruled over the country until 1821.

61. Every year, on 15 September, Hondurans celebrate Independence Day with marching bands. They also celebrate Fiesta Catracha on this day when families come together and share a meal.

62. At one point in the history of the country, its economy solely relied on exports of bananas and coffee.

63. El Salvador declared a war on Honduras on 14 July 1969 which is sometimes referred to as the "football war". The subject of the conflict was not football, however, but land.

65. A peace treaty was signed between the two nations of Honduras and El Salvador on 30 October 1980.

66. After Pearl Harbor was bombed by the Japanese in 1941, Honduras entered the Second World War. The country was on the side of America and Great Britain.

These interesting facts about Honduras culture highlight the country's traditions and customs.

67. The national music of Honduras is known as Punta.

68. The main sport in the country is soccer.

69. The most popular Honduras soccer team is Olimpia.

70. One of the most important ingredients of Honduran cooking is coconut milk; it is used in sweet and savory dishes alike.

71. Hondurans celebrate Dia Del Nino or "children's day" on 10 September. On this day, children receive presents and have a party, just like on their birthday. The day is very important in the culture of Honduras and it is celebrated to remember the importance of childhood and youth.

72. There is a Honduran folklore story called La Lluvia de Peces, or the Rain of Fish, which speaks of an enormous thunderstorm which resulted in thousands of live fish flopping on to the ground.

These personalities all have one thing in common: they were born in Honduras.

74. Comedian Carlos Mencia is from Honduras.

75. Pharmacologist and University Professor Salvador Moncada is from Honduras.

76. Journalist Satcha Pretto is from Honduras.

79. Toncontin International Airport in Tegucigalpa is rated as the second most dangerous airport in the world as it is located in the mountains and its runways are very short.

80. Honduras was the first country in the world to ban smoking inside private homes.

81. Honduras is sometimes known as the Banana Republic due to its large banana production.

82. Buses in Honduras are called chicken buses, but they do not carry chickens. They are painted bright colors like red or yellow.