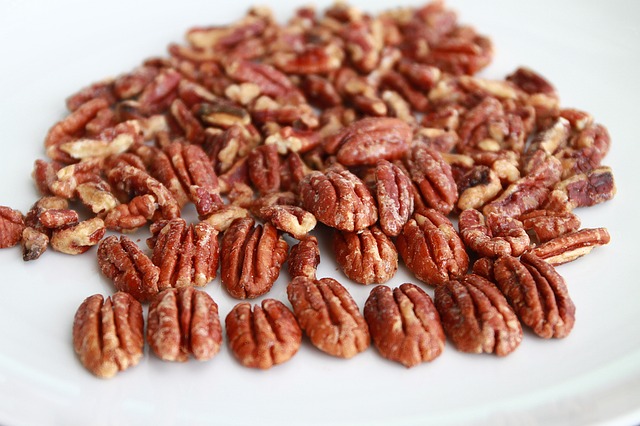 What is a pecan?

Well, pecans are commonly known as nuts (along with walnuts, almonds, and peanuts) but they are in fact a fruit! Similar to peaches and plums, pecans are part of the 'drupe' family, characterized as "fruit surrounded by a husk, with a single stone or pit in the center".

Pecan trees are native to northern Mexico and the southern United States. These little nuts have many health benefits, and also taste great in sweet treats and traditional desserts like pecan pie, yum! Texas has claimed the pecan tree as it's official state tree, so as you might expect, Texans are big fans! Snacks like candied pecans from Texas are popular all over the world.

Read our amazing list of pecan tree information and facts to find out more about this national tree-asure!

For more nature based reading, check out this article all about water conservation, or for a spot of science why not have a look at these facts about mitochondria?

From sapling to centenarian, the pecan tree creates livelihoods and sustenance for so many. Check out these facts about the pecan tree to learn more about this impressive plant.

1. Pecan trees are native to America and Mexico, the United States actually produce 80% of the worlds pecans!

2. The pecan's original botanical name was Hicoria Pecan but was changed to Carya illinoinensis in the late 17th century.

3. Pecan trees are part of the family of trees known 'hickory trees'. The word hickory comes from the word 'powcohicocra', a word used by Native American Indigenous People.

4. Coincidentally the change in name to Carya illinoinensis happened around the time that European settlers claimed to have "discovered" this native plant.

5. Texas is the center of pecan trees' natural habitat and many believe it to be the best place for growing them. Trees as wide as six feet in diameter and with heights of 150 feet have been recorded in Texas.

7. Albany, in Georgia is known as the pecan capital of the US. The state is home to more than 600,000 cultivated and native pecan trees!

8. The pecan tree life cycle begins in the fall, when the mature pecan trees drop thousands of seeds which are then spread by animals, wind or rain. The seeds will lay dormant through the winter and in the spring the pecan tree sapling will begin to grow.

9. Pecan tree production of fruit starts when the tree is around twelve years old.

12. A pecan trees leaves are dark green on one side and a lighter green on the underside, also rather than one flat leaf they have multiple leaves grouped together along a stem.

13. Reddish brown bark, a great height and a huge canopy are some of the main pecan tree characteristics. The pecan tree flower is a small green tassel that hangs alongside the leaves.

14. Pecan trees alternate the years they produce fruit, one year the crop will be heavy and the following year it will be light.

15. Pecan trees require quite a lot of water, especially in August and September as this is when they are at the kernel filling stage, this is when the pecan itself is forming within the shell.

16. Although the pecan tree produces its own male and female flowers, they have evolved by cross pollinating with other pecan tree varieties.

17.To avoid self pollinating, each pecan tree will grow its male and female flowers at different times throughout the year, this is a clever way to guarantee pollination with other trees.

18. If a pecan tree does not seem to be developing any fruit for more than a few years, this could be because they don't have a compatible tree nearby to cross pollinate with, other varieties can be planted nearby to encourage a better crop in the following years.

19. Pecan tree bark changes color as the tree matures, young trees have gray bark which then changes to a reddish brown over the years.

20. The wood from pecan trees is a hardwood that can be used to make beautiful furniture, flooring and other wooden objects.

21. Pecan wood can also be made into chips to use for smoking, it creates a mild smoke that pairs well with lots of flavors.

22. Many native animals, such as deer, turkey, raccoons, squirrels and crows rely on the abundance of pecan trees for sustenance.

23. Some believe that the pecan tree symbolizes wealth and security.
‍

Pecans have been a popular ingredient for hundreds of years, did you know they could also be made into a drink? Before pecan candies and pecan pies, Indigenous People were already coming up with multiple ways to make the most of a crop of pecans!

24. The history of pecans can be traced all the way back to the 16th century.

25. Indigenous Americans were the first people to cultivate the pecan tree, the health benefits and energy boosting properties of the pecan tree fruit made it a great food source.

26. Pecans were fermented to create an intoxicating drink known as Powcohicora. This is also where the word 'hickory' originates.

27. The name 'pecan' is a word created by Native Americans of Algonquin origin, used to describe "all nuts requiring a stone to crack".

28. Pecans were considered a major food source by Indigenous Americans, pecans were the nut of choice because the trees were accessible to waterways, they are easier to shell than other native nut species and, not forgetting, they taste great!

30. Pecan nuts contain monounsaturated fats, this type of fat can aid with the maintenance of a healthy heart and also is great for creating long lasting energy.

31. Pecans are rich in both Vitamin E and Zinc, they provide almost 10% of our recommended daily intake of Zinc.

32. Just one ounce of pecans will provide you with 10% of your recommended daily fiber intake.

33. Pecans are a great source of copper and thiamine. These minerals can fight against damage to the brain from something called free radicals and can even help to delay the onset of Parkinson's disease.

34. Pecans can help reduce levels of LDL, or low-density lipoprotein, also known as the "bad" kind of cholesterol. Having lower levels of LDL is a factor in preventing strokes and coronary artery disease.

35. As well as being a great health food, pecan are also the main ingredient in many tasty treats.

36. Pecan pie could be considered a national dish of the United States, but it was actually created by French chefs who had settled in New Orleans!

37. Pecan nuts have been to outer space! Pecan halves were packed as the first and only fresh food for the crew of Apollo 13 and Apollo 14 in the '70s.

Here at Kidadl, we have carefully created lots of interesting family-friendly facts for everyone to enjoy! If you liked our suggestions for fun facts about pecans, then why not take a look at these mushroom facts, or Tudor food facts.