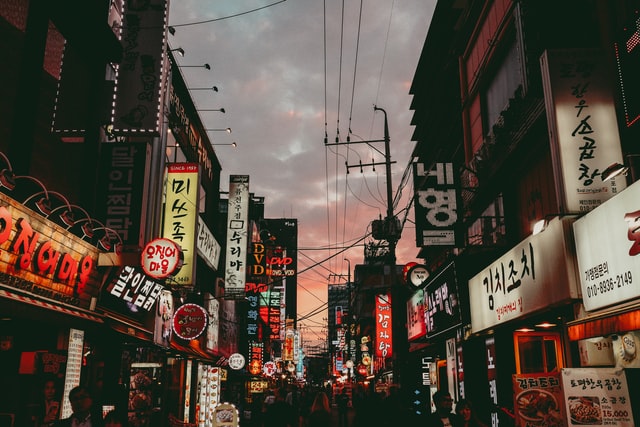 Contrary to the tradition in many other countries, in both North Korea and South Korea, surnames and the level of generation precedes the first name. People are given their first name and surname together in Korea.

Did you know that, according to the last census, there are a total of  286 Korean last names? The super-popular K-pop boy bands of South Korea, such as BTS and Monsta X, use their first names, and not their surnames, as their professional name. This is to differentiate their names from the more common family names in Korea, most of which are not even officially registered! Although, with the onset of globalization, this is gradually changing. Curious to find out more about Korean last names? Here's a list of the most popular Korean surnames, and for more last names from around the world, take a look at these Indian last names and these Brazilian last names.

Korean culture is interesting and so are its last names. With a rich culture and history behind them, Korean surnames are surrounded by a multitude of interesting stories and facts. Here are some of the most popular Korean last names that will amp up your knowledge about Korean naming traditions. Let's dive right in.

4. Cha meaning "a chariot". Korean author Victor Cha is known by this surname.

6. Cheong meaning "quiet or gentle". It is a form of Jeong.

7. Chong meaning "stretch or extend". It is derived from 'Xhang.' It is an occupational surname that originated from people who were into bow-making.

11. Han meaning "country or leader". Other forms of this last name our 'Hahn' and 'Haan'.

15. Joh is an "ancient city". The surname was formed from Shanxi province. It is a form of 'Cho,' derived from 'Zhao'.

16. Jong meaning "ancient state". It is a spelling form of 'Jeong,' formed from 'Zheng'.

17. Ju meaning "circumference". It is formed from the word 'Zhou'.

19. Kim meaning "gold". It is a variant of 'Jin'. It is the most common Korean last name. Korean actor and producer Daniel Kim, popular for 'Lost' series, has this surname.

23. Shin meaning "descended from the five Shin Clans". They lived in the Chinese and Korean peninsular regions.

25. Sin it was the name of an ancient state in the Xia dynasty, and is a variant of 'Xin.' It is a topographical Korean surname.

26. Sung meaning "from the Song dynasty".

29. Yuan meaning "beautiful or graceful". It is a variant of Juan.

30. Ahn meaning "tranquility". It is one of the most commonly found last names in Korea.

32. Chin meaning "exhibit or ancient". It is formed from 'Chen.' This surname is made famous by South Korean politician Young Chin.

33. Cho meaning "an ancient city". This ancient city is in Shanxi province, it is a popular Korean last name formed from 'Zhao.'

35. Chung meaning "an ancient state". It is in the Henan province, it is a common Korean surname that is a variant of the toponymic last name 'Zheng'.

36. Ha (Roman origin) meaning "summer or grand". It is the Romanized version of 'Xia.'

37. Hahm meaning "seller of weighing scales". It is a western Korean occupational surname.

39. Jang meaning "archer," and is a spelling variant of 'Zhang.'

42. Jeong this surname is formed from an ancient state 'Zheng', a state in China. Ken Jeong is a Korean-American actor known for 'Crazy Rich Asians'.

45. Jung is formed from Zheng, an ancient state in China. Jung Il-woo is a Korean actor know for 'My Love'.

48. Ko meaning "derived from those living in the Korean peninsula or Ko dynasty". This Korean name was formed from the area the individuals inhabited.

49. Kwack meaning "the outer part of a city; country".

50. Kwak meaning "the outer part of a city or country". It is a spelling variant of 'Guo and 'Gwak'.

56. Quon meaning "power or authority". It is a spelling variant of 'Kwon' or 'Quan.'

59. Suh is a variant of 'So,' and is derived from the family name of the ancestors and emperors of Old Choson Kingdom.

60. Tak was passed on by T'ak Chi-yop, a scholar from the Koryo Kingdom, whose followers adopted his first name as their surname.

62. Tang - it is derived from the ruler of Tang dynasty.

63. Bak meaning "fruit". It is the third most common last name in Korea.

66. Chew meaning "ancient state of Zhu". It is a variant of 'Zhu' or 'Chu,' and is a toponymic last name. It was also the family name of Emperors of the Ming dynasty.

69. Gae meaning "dog". It is one of the rarest Korean surnames.

79. Kuk (Chinese origin) meaning "country". It is formed from the Chinese word 'Guo'. Shine Kuk is a South Korean actress.

80. Kwak meaning "the outer part of a city or country".

85. Paek meaning "white color". It is a variant of Paik or Baik.

91. Sa it is an unusual name and one of the rarest South Korean surnames.

92. Song descended as the last name from the Song dynasty.

93. Woo is an ancient state of 'Wu'. It is located in the Jiangsu province.

95. Yeon meaning "beautiful; graceful". This name was made famous by a member of the popular girl group 'Baby VOX', Kan Mi Yeon.

99. Yum was a Korean clan that never got back its lost glory.