100 Last Names That Start With H With Meanings And History 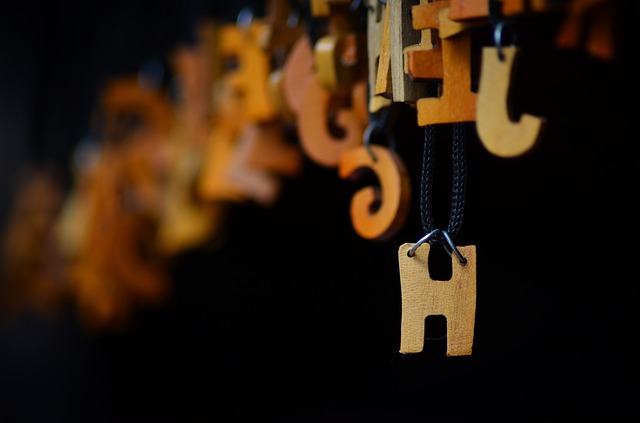 One of the main reasons why books and novels become bestsellers are the characters of the story.

Readers fall in love with the characters. They add life to the story.

To build characters, you have to consider various things, such as their personality and whether they should be a protagonist or antagonist. Along with this, the name of the character is also important. This means the first names and the last names.

A character's name plays a crucial role, especially their surname. They are often referred to by their last names in novels. Unsurprisingly, finding the last names that start with H for a character is quite difficult. So, if you already have an amazing storyline but are stuck on finding the perfect last names for your characters, you can search from a plethora of H surnames here.  This list is also helpful if you are looking for the meaning behind the surnames starting with H.

The history of Japanese surnames is quite meaningful. In the early centuries, the people kept their surnames after nature, geographical areas, and occupation; this is Japanese culture's beauty.   Here are some of the most popular Japanese surnames starting with H.

2. Hamchimura means "a village" in Japanese.

4. Haga is the surname of people belonging to a town in Southern Norway called Haga.

5. Hagan means a "brave person, a fighter, or a soldier".

6. Hagino surname is related to the bushlands or plains.

7. Hagiwara is one of the popular Japanese last names starting with h. It means a "bush clover plain".

10. Hata means "weavers or tailors". In history, people who worked on hand-loom were called Hata.

Germany has a rich history and culture that has spread to their names, too; the German names sound unique and have wonderful significance. If your story has a German background or characters, here are some of the last names that start with H.

11. Haar means 'hair.' It is believed that the word originated from 'har' that means mud or dirt.

12. Hagel means "a hedge or a farm" and is derived from the German word 'Hagi' meaning farm.

13. Hagemann is a commonly used last name for people living around hedges or fields.

14. Haller is one of the surnames beginning with H and means to "haul".

16. Hardenberg means the people belonging to the same place.

17. Hartmann has been derived from two words, 'Hart,' that means strong, and 'Mann.' It means "a brave man".

18. Hassel means hazelnut and is one of the common surnames beginning with H.

19. Haube is a surname for people who make bonnets or caps.

21. Helf is one of the occupational surnames beginning with H. Helpers or servants in Germany have Helf as their surnames.

25. Hess is the surname for the inhabitants of the German region Hesse.

26. Heu has been derived from the word hay. This surname is used for farmers.

28. Hildegard means to protect and guard an area. It is one of the surnames used for warriors.

British culture has an endless list of beautiful last names and its meaning.  Call it British charm or aura, if your character is British, it will make your fans swoon, so make sure to through our list of last names that start with H have British origin.

32. Haberle refers to a person who grows oats or crops. This surname was first used for families that grew oats.

34. Hackford is an English surname that means "ash trees".

35. Hackley is a surname beginning with H for people living in common fields.

36. Hackney is the last name of people whose ancestors belonged to a village called Hackney.

38. Hakes means "a crooked person". The surname originated in the county of Norfolk.

39. Halbert means “a person who makes weapons" and first originated in a city in Central Scotland.

40. Halker is one of the most common British last names that start with H. It means the "seller of goods".

41. Hamilton means "a mountain top or a hill" and is one of the topographic surnames beginning with H.

44. Harwick means "cattle or herd". It originated in the town of Harwick.

45. Harwood last name has passed on from ancestors living in the town named Harwood.

47. Hudson means "mind or heart" and was borne by John Hudson.

50. Huntman is one of the old surnames beginning with H that originated in 1219 and meant "a hunter".

Here is a list of surnames starting with H that are quite common no matter where you are and which language they come from. Maybe one of these will inspire your character's last names.

51. Hackel means "hook". It is one of the surnames beginning with H that is of German origin.

52. Habeeb is one of the Arabic last names, which means "beloved".

53. Hackett is one of the widely used last names in the UK. It means "a fisherman".

54. Hadden has been derived from a place Hadden in Scotland.

55. Haggard is a medieval English surname that means "son of the priest".

56. Haldeman refers to a person who lives near the mountains.

57. Hale last name was common for families from a British village called Hale.

58. Hall is one of the common last names starting with h. It is used for servants.

60. Halter surname was used for people who lived in farms in Germany.

61. Hamer is one of the occupational surnames beginning with H and means "a Smith".

62. Hanna is a common Hebrew surname that means "favored by God".

63. Hansbrough last name is used for the people living in the town of Hanbury in England.

64. Hanson is the surname of people who were called Hans.

66. Hastings is one of the most popular last names used for inhabitants of Hassington.

67. Hatfield is another popular surname that is originated from a location named Hatfield.

68. Havart is one of the last names with an English origin. It means "to protect".

69. Hayward means a guardian of the land. It originated in the town of Lancashire.

71. Heath is a common last name for people who have lived in the area of middle England.

72. Hemingway is one of the surnames beginning with H that was first used in Yorkshire.

73. Hemphill is a popular Scottish last name that is used for the inhabitants of 'Hemphill.'

74. Henderson refers to the successors of people whose last name was Henry.

75. Henry is one of the most popular last names that start with H and means "a ruler of the land".

76. Holliman is one of the occupational surnames beginning with H and means "a priest".

77. Holm is the surname given to people who live on an island.

79. Huntley is a common last name given to the people belonging to the place called 'Huntlie.'

80. Hagen is one of the most common surnames of Irish origin that means "youthful and noble".

81. Hahn is a German origin last name that means "proud". It is very common in Jewish culture.

82. Hardy means "a bold and courageous person with a strong heart and mind".

83. Harmon is one of the American last names that start with H meaning "a warrior".

85. Herbert is a German origin surname that means "a warrior or a knight in shining armor".

86. Hopper It is one of the surnames beginning with H and is common for an acrobat as it means "cheerful".

88. Humes is a French origin surname that means "a strong and powerful man".

89. Hughes is one of the most popular surnames beginning with H and it means "heart, mind, and body".

Famous names are imprinted in our minds; it's like brand recall.  Here are some of the famous last names that start with H.

90. Hanks is one of the commonly used last names that start with H. It means "successors of Hankin".

91. Harry has been derived from the surname Henry which means "to rule".

92. Hawking refers to the successors of King Hawk.

93. Hepburn It originated during the rule of Queen Mary and is one of the famous surnames beginning with H in the Anglo-Scottish border.

94. Heston is an Irish origin surname starting with H that has been derived from a town named Heston.

95. Holly last name was used for people living close to a hollow or a valley.

96. Hopkins is used for successors of Hobert. Anthony Hopkins is one of the famous people with the last name Hopkins.

97. Hackman is one of the occupational surnames beginning with H and refers to taxi drivers.

98.  Hitchcock is one of the unusual surnames beginning with H and is the surname of the famous movie director and story writer.

99.  Hussein is one of the Arabic surnames that start with H and is the last name of Saddam Hussein, the former president of Iraq.

100. Hendrix is one of the German surnames starting with H and has the same meaning as Henry.

Kidadl has lots of great names articles to inspire you. If you liked our suggestions for Surnames Beginning With H then why not take a look at Native American Last Names, or for something different take a look at Warhammer Dwarf Names.