65+ Lego Quotes To Reminisce About Your Childhood 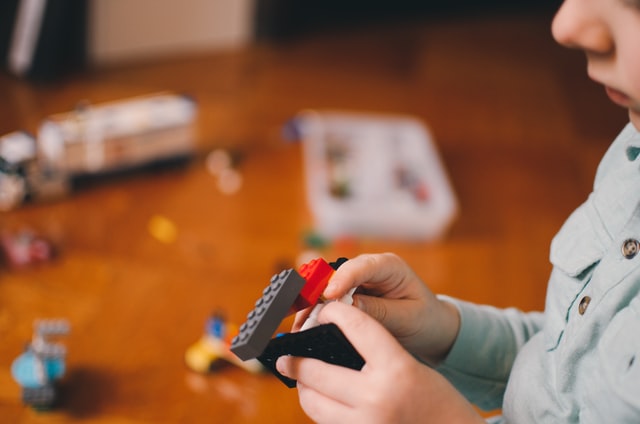 The name Lego is derived from the Danish words, 'leg' and 'godt', meaning 'play well'; and in Latin, it means 'I put together'.

The ever-interesting and always colorful Lego toys were founded in 1932 by Ole Kirk Christiansen. He created the Lego motto, that "Only the best is good enough", to encourage his employees to deliver top quality output.

Kids and adults love to make different shapes out of Lego blocks as it is a hugely creative playtime activity. Here are some great Lego quotes, which we gathered as a tribute to Lego blocks.

We have penned down some Lego quotes for those who love building Lego. May you get time to build Lego at your home with your kids whilst enjoying these quotes!

1."LEGO has announced that they are shutting down their U.S. factory and moving it to Canada. LEGO employees say it's their fault because they made the factory too easy to take apart and rebuild somewhere else."

3."'The Lego Movie' did better than we could possibly have imagined. We were very nervous that people would discount it because it is called 'The Lego Movie.'"

4."On a scale of one to stepping on a LEGO, how much pain are you in?"

5."So many people have asked me about getting their own LEGO Oscar that I submitted it to LEGO Ideas so that everyone has the ability to get one."

6."Everyone who ever walked barefoot into his child's room late at night hates Legos."

9."I'm quite good at Lego and Fifa, but they don't translate in the real world."

7."A girlfriend? No thanks, I'd rather play Nintendo and build my Lego set!"

8."I hope she accidentally steps on Lego pieces for the remainder of her life.

10."When I saw Orlando from an airplane, it looked like a LEGO set sunk into an ocean of green. "

11."I put a row of toys on the bed. A brown-haired Barbie doll, then a Lego ambulance... then a gray Buckbeak the Hippogriff."

If there is one toy necessary for building creativity and understanding, and improving cognitive skills, then it is Lego. Here are a few inspirational Lego quotes to inspire you never to give up.

12."I learned at an early age that I could make the things that I wanted. That's a very powerful thing to realize as a kid. LEGOs were a key part of that."

14."By the time the children go to bed, I am as drained as any mother who has spent her day working, car pooling, building Lego castles and shopping for the precisely correct soccer cleat."

16."Lego for many parents is the antithesis of the high tech world. We are desperate to wean our little ones away from the tablets and into the bricks."

17."One of the mitigating benefits of children is that they make a Lego habit more respectable."

18."We are not interchangeable objects, LEGO pieces that click together just because the parts fit."

19."Play is the highest form of research."

21."I'm gonna pick up the pieces and build a Lego house. If things go wrong we can knock it down."

Money can't buy happiness, but spending time with your family does. We have compiled a few interesting Lego quotes for you here, you may even recognize some of them?

22."I wasn't very good about juggling family and my career. I was interested in who was coming to the children's birthday party, what my son was writing. I was thinking about Legos."

23."'The Lego Movie': Merely a great film, or the greatest film ever in the history of cinema?"

24."What's interesting about Lego is it's constantly reminding you that it's a facsimile of something else."

25."I think LEGOs are one of the best toys ever developed."

27."What do Harley-Davidson, LEGO, and Apple have in common? They're all based on communities."

28."If there was no Lego in Billund, there will almost be no Billund... Lego is Billund, and Billund is Lego."

30."The greatest Lego minds started with their first bricks."

32.“ May you find everything interesting and thought proving in a Lego set.

34."That's the thing you don't know about children unless you have them - bath time, Lego, and fish fingers don't allow you to dwell on tragedy for too long. "

35."I think watching Channing Tatum caress his Lego Oscar statue will be something I won't forget. Even if I try."

37."Why do all Republicans need Lego hair?"

38."I've made a bit of a career taking daunting projects out of Lego. I've done things like a dinosaur skeleton and stuff like that."

41."It was kind of fun to make 'Cloudy,' which has such a stylized look, and then do 'LEGO,' which, while it's stylized, is also photo-real."

Lego for most kids is their first special toy. Found in a local store or online store, kids use them forever. Find a few funny Lego quotes below.

44.“The sound a box of Lego makes is the noise of a child's mind working, looking for the right piece. Shake it, and it's almost creativity in aural form.”

― Grayson Perry, 'Playing To The Gallery'.

45."When I was a child, Lego came in brick form, you'd buy boxes of random bricks. You used your imagination and your mind in your build."

48."There are all sorts of things embodied in the Lego brick - geometry and mathematics and truth and proportion and shape and color... It is a faintly spiritual activity that everybody connects with."

50."You enrich people with creative resources, and over time, these Lego bricks that end up in their heads eventually build this enormous, incredible castle."

52."Even when I was young, I would build things with Lego or make 'robots' out of cereal boxes - long before I learned metalwork. The desire to build was always there."

53."I was at my father's office, and I'd be in the back of his office, building Lego skyscrapers, as he was negotiating million-dollar deals."

54."Here's the thing about hair; I think most people think that I have Lego hair, like I can just take it on and off in one piece, and that's not quite the case - although pretty close."

56."Someone once told me that I was 12 inside. The only thing 12-year-olds crave is more Lego. Lego is fun; it's therapeutic. It's a beautiful sensation when you click the pieces together."

58."I was the youngest of three brothers by five years, so I spent most of my childhood playing alone, being Zorro or some other superhero, doing Lego, watching telly and riding my bike."

59."As a child, I spent a lot of time with things like Lego, building trains, cars, complex structures, and I really liked that."

61.“Sometimes the smallest things take up the most space in your heart.”

62. "Children are great imitators so give them something great to imitate."

63."With a bucket of Lego, you can tell any story. You can build an airplane or a dragon or a pirate ship - it's whatever you can imagine."

Here at Kidadl, we have carefully created lots of interesting family-friendly quotes for everyone to enjoy! If you liked our suggestions for Lego quotes to reminisce about your childhood, then why not take a look at these [childhood quotes], or [wrestling quotes] for more?

Half Term Childcare: What You Can And Cannot Do Under Tier 2
Matt Brown
No items found.