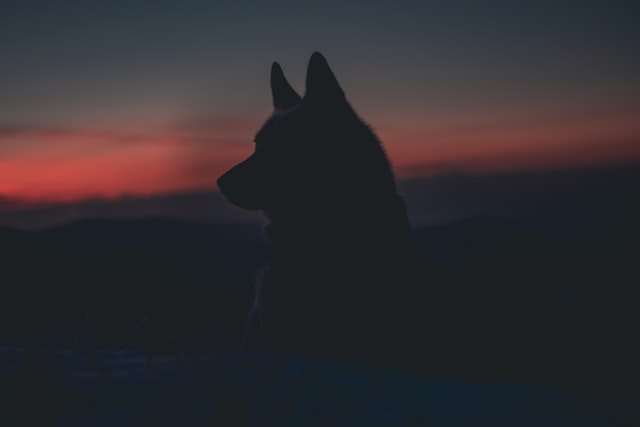 The direwolf is considered to be one of the most famous prehistoric carnivores native to North America which is now an extinct species of the genus Canis.

Direwolf names should be as fearsome as the great canines themselves. Their names should instil fright, fascination, and respect while reflecting the magnificent strength of these creatures.

Although extinct in real life, these warrior-like beasts have recently been resurrected in popular culture. They were brought back to life through 'Game Of Thrones', a celebrated series based on George R. R. Martin's novels. Our first introduction to the direwolf is in  'A Song of Ice and Fire', the first novel of the series, where six direwolf puppies are adopted by the Stark children.

For more fantasy TV show naming ideas take a look at these Valyrian names or these Twi'lek names.

Names For Direwolves In Game Of Thrones

Here's a list of some of our favorite direwolf names that we hope will help you to name your character.

1. Ghost (English origin) meaning "spirit" or "spectre"; one of the two remaining direwolves that remain alive, belonging to Jon Snow. A great direwolf name for a silent creature.

3. Lady (Middle English origin) meaning "female head of a household"; the direwolf of Sansa Stark. A great name for a loyal, lovable direwolf.

4. Nymeria meaning "warrior queen"; the direwolf of Arya Stark who grows up to be a great hunter and remains alive. A sophisticated name for a fierce, loyal direwolf.

6. Summer (English origin) meaning the warmest season of the year"; this direwolf belonged to Bran Stark from 'Game Of Thrones' who died defending him after the White Walker attacked. Named after every character's favorite season; this direwolf name implies hope and warmth.

Here are some fantastic names of direwolves which can inspire you.

26. Otaktay (Sioux origin) meaning "one who kills many".

28. Rafe (German origin) meaning "council of the wolf"; a great name for a chief wolf or alpha wolf.

Direwolf Names Based On Their Coat

Just like any pet, direwolf names that can be given based on the color of their fur.

35. Kali (Hindu origin) meaning "the black one" or "devourer of time".

Kidadl has plenty names articles to inspire you. If you liked our suggestions for direwolf names then take a look at Eladrin names, or blue dragon names.