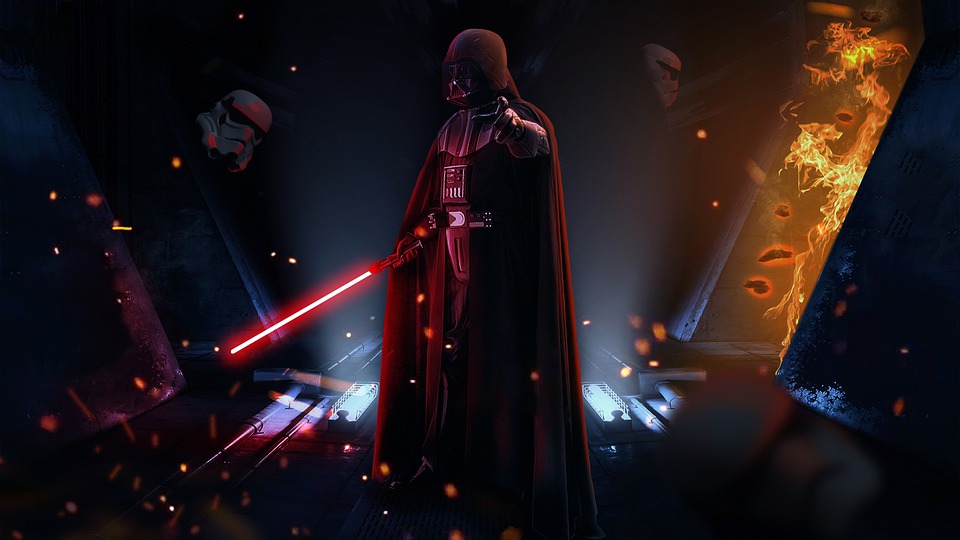 Luke Skywalker plays a critical role in the Rebel alliance's fight against the Dark side.

Luke is one of the main characters in'Star Wars'. He is the son of Darth Vader and brother of the rebellion leader Princess Leia.

'Star Wars' is a story about how Anakin Skywalker, a Jedi, turns to the Dark side to save his wife, and how he is defeated, in the end, by his son, Luke Skywalker, and daughter, Princess Leia.

The best Luke Skywalker quotes collected and listed by us here will make you binge-watch the 'Star Wars' movie series again. If you are interested in more quotes, check out Darth Vader quotes and Princess Leia quotes.

'Star Wars' Quotes About The Force

Anakin Skywalker, a powerful Jedi, is lured to the Dark side by the Sith Lord. Everyone, including his son, Luke Skywalker, fails to bring him back from the evil side. Some of the Luke Skywalker Dark Side quotes and quotes from 'Star Wars' movie characters are listed below.

1."I'll never turn to the dark side. You've failed, your highness. I am a Jedi, like my father before me."

2."The Force is not a power you have. It’s not about lifting rocks. It’s the energy between all things, a tension, a balance, that binds the universe together."

4."You underestimate the power of the Dark Side. If you will not fight, then you will meet your destiny."

5."I want to learn the ways of the Force and become a Jedi like my father."

6."Remember, a Jedi's strength flows from the force. But beware: anger, fear, aggression – the dark side, are they."

7."The force Is strong in my family."

8."My mentor taught me everything about the force...even the nature of the Dark Side."

9."You must feel the Force flow around you. Here, between you, me, the tree, the rock, yes, even between the land and the ship."

10."The ability to destroy a planet is insignificant next to the power of the Force."

You will find 'Star Wars' dialogues very motivating in many ways. The movie shows that good always wins over evil. Below are some 'Star Wars' quotes about hope, inspiration, and 'Star Wars' Luke Skywalker quotes.

11."You're overconfidence is your weakness."

14."Good people will fight if we lead them. Leia never gave up. And neither have we. We're going to show them we're not afraid."

15."That's how we're gonna win. Not fighting what we hate, saving what we love."

16."Your thoughts betray you, Father. I feel the good in you, the conflict."

17."What our mothers and fathers fought for, we will not let die. Not today. Today, we make our last stand. For the galaxy. For Leia. For everyone we've lost."

19."It's not impossible. I used to shoot womprats with my T16 back home. They were no bigger than two meters."

20."There isn't enough life on this ice cube to fill a space cruiser."

-Princess Leia, 'The Empire Strikes Back.'

23."You said you wanted to be around when I made a mistake. Well, this could be it, sweetheart."

25."You have failed me for the last time, Admiral. Captain Piett!"

-Darth Vader, 'The Empire Strikes Back.'

26."If there's a bright center of the universe, you're on the planet that it's farthest from."

27."Strike me down in anger and I'll always be with you, just like your father."

28."Impressive. Every word in that sentence was wrong."

Princess Leia: Oh, Han, it's not like that at all. He's my brother."

Though initially a farmer, Luke soon trains to become a Jedi, defeats his evil father, Darth Vader, and saves the Empire. Some funny Luke Skywalker quotes, and famous Luke Skywalker quotes have been listed below for your entertainment, along with other remarkable 'Star Wars' quotes.

37."I will never train another generation of Jedi. I came to this island to die. It's time for the Jedi to end."

38."You don't need Luke Skywalker. You think what? I'm gonna walk out with a laser sword and face down the whole First Order? What did you think was going to happen here? You think that I came to the most unfindable place in the galaxy for no reason at all? Go away."

39."It offered something you needed. And you didn't even try to stop yourself."

40."Come on. Why don't you take a look around? You know what's about to happen, what they're up against. They could use a good pilot like you. You're turning your back on them."

41."You can either profit by this, or be destroyed."

43."But I was going into Tosche Station to pick up some power converters!"

44."Somebody has to save our skins. Into the garbage chute, flyboy."

46."Amazing. Every word of what you just said was wrong. The Rebellion is reborn today. The war is just beginning. And I will not be the last Jedi."

47."I wish I could put my fist through this whole lousy, beautiful town."

Here at Kidadl, we have carefully created lots of interesting family-friendly quotes for everyone to enjoy! If you liked our suggestions for Luke Skywalker quotes from the iconic Star Wars character, then why not take a look at [Stormtrooper quotes] or Anakin Skywalker quotes.