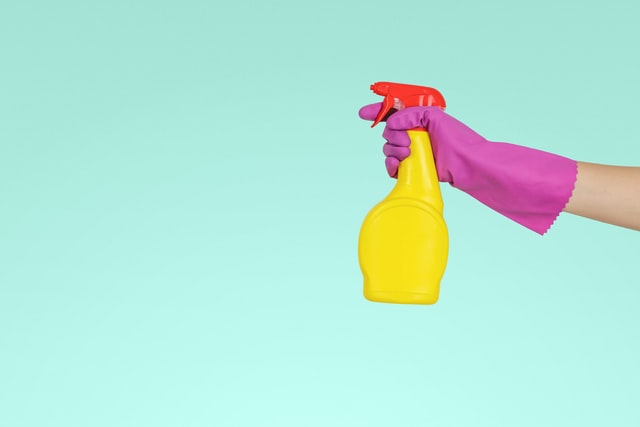 A maid might also be known as a lady's maid, a housemaid or a maidservant.

Housemaids are domestic workers who have worked in wealthy households and hotels throughout history. Apart from in real life, the maids have also made an impression on popular culture through various fictional maids characters in films, TV programs and literature.

Many people assume maid names are all old lady names like Cora, Elsie, Evelyn, Iris, Mabel and Miriam, but this is not always the case. Check out our list of maid names to get some inspiration when naming your own maid characters.

For more character names, check out these monk names and these butler names (for suggestions beyond the usual Alfred, Niles and Lurch).

The head maid in a household is also known as the senior housemaid. We have put together a list of famous TV show maids that including Hazel and Alice, whose names might be familiar to you.

1. Alice, Alice is the funny maid in the TV sitcom series 'The Brady Bunch' played by Ann B. Davis.

2. Berta, the fictional housekeeper character of Berta in the TV sitcom series 'Two And A Half Men'.

3. Daphne, is one of the TV maids from the sitcom 'Frasier'.

4. Dorota, Dorota is one of the lovable housemaid names played by Zuzanna Szadkowski in the television adaption 'Gossip Girl'.

5. Esther, is a fictional maid from the daytime soap opera 'The Young And The Restless'.

6. Florida Evans, is one of the famous cleaning lady names from the TV sitcom 'Maude'.

7.  Hazel, Hazel is one of the famous housemaids in pop culture history from the TV show 'Hazel', played by actress Shirley Booth.

8. Lupita, is a famous maid name from the TV series 'Weeds'.

9. Mammy Two Shoes, is a name for a maid from the 'Tom And Jerry' cartoons.

10. Marisol, is one of the main housekeeper names from the TV drama 'Devious Maids'.

13. Mrs. Hughes, this maid character is played by Phyllis Logan in the TV drama 'Downton Abbey'.

14. Rosario, a famous maid name from the TV sitcom 'Will And Grace'.

15. Rosey The Robot, is one of the funny maid names from the animated series 'The Jetsons'.

Famous and common maid names found in movies are Magda, Sofia Mary and Mrs. Doubtfire. See if you recognize any of the maid names on this list!

16. Magda, played by Lynn Cohen, this is the name of a housekeeper in the movie 'Sex And The City'.

17. Mammie, the name of a house service maid in the 'Gone With The Wind'.

19. Mary, the name of the famous housekeeper who is not afraid of hard work in 'Mary Poppins'.

20. Minny Jackson, is a much loved housemaid name from 'The Help'.

22. Prissy, is a housekeeper from the 'Gone With The Wind'.

23. Sofia, played by actress Oprah Winfrey in 'The Color Purple', this is the name of one of the most famous maids in movies.

Famous Maids From Literature And Mythology

Maids are also present in many books, take a look at some maid names from this list. You might even consider using one of these names for your own characters?

25. Amelia Bedelia, is a fictional character, she is a housekeeper from the children's book series called 'Amelia Bedelia' written by Peggy Parish.

26. Célestine, is the main fictional caretaker from the book 'The Diary Of A Chambermaid' by Octave Mirbeau.

27. Hua Xiren, is the chief maid and the fictional character from the novel 'Dream Of The Red Chamber'.

29. Manthara, is one of the most famous maids in history, this maid name is from Indian mythology, of the Hindu epic 'Ramayana'.

30. Ping'er, is an important character maid from the 18th century novel 'Dream Of The Red Chamber'. She holds considerable power in the household she works at.

The hard work of maids should be acknowledged in their names. If you are looking for a names that will work for your own maid characters, this list of good names for maids might help.

37. Akia (African origin) meaning "pure". This is one of good maid names.

48. Ida (German origin) meaning "industrious". This is one of the shortest house maid names, it is related to how hardworking your maid character is.

Kidadl has lots of great names articles to inspire you. If you liked our suggestions for maid names then check out these mom names from popular fiction, and these magician names.