Mapped: Where Do Your Favourite Kids' Characters Live?

Ever wondered where to find Hogwarts? Does Katie Morag’s Isle of Struay really exist? Where are Greendale and Pontypandy? And just what is this “Isle of Sodor” from Thomas the Tank Engine? All the answers and more are revealed on this map of fictional hometowns.

Despite approaching his 70th birthday, Dennis the Menace and his faithful dog Gnasher remain in youthful vigour. They live in Beanotown, along with many other regulars of that comic, which is implied to be near Dundee, home of publisher DC Thomson.

Sam is the hero next door, especially if you happen to live in Pontypandy. This fictional coastal town in Wales is named from a combination of the real towns of Pontypridd and Tonypandy.

The trio of friends live for much of the year at Hogwarts castle. The wizarding school is clearly up in Scotland. Although filmed mostly in the western Highlands, it is thought to lie to the east near the real location of Dufftown, mentioned in both the books and films. When not at school, Harry begrudgingly lives with his uncle, aunt and cousin at 4 Privet Drive, Little Whinging -- a fictional town somewhere in Surrey.

Mairi Hadderwick’s books are now a popular CBeebies television series. Both are set on the fictional Isle of Struay, which is in the Inner Hebrides and heavily influenced by the real island of Coll.

Between stressful bouts of tomb-raiding, the pony-tailed treasure seeker resides at Croft Manor, a palatial house close to Guildford.

In Jill Murphy’s books, the Worst Witch Mildred Hubble attends Miss Cackle’s Academy for Witches, hidden among the ruins of the fictional Overblow Castle. Its location is a little vague, but the 1990s TV series is filmed in south Wales near Cardiff, which has suitably hilly terrain.

Mr Toad of Toad Hall and the other characters from Kenneth Grahame’s Wind in the Willows reside in the Thames Valley, probably in Berkshire, where the author lived.

After leaving “darkest Peru”, the duffle-coated bear moves in with the Brown family, who live at 32 Windsor Gardens in London. In the recent film versions, a street in Primrose Hill was used for the exterior shots.

Beatrix Potter’s beloved creation was shown to be in the Lake District from the very first book. The recent film version suggests that Windemere is the closest town.

Everybody knows his bright red van… and that he lives in Greendale. But where is it? The picturesque valley of Longsleddale in Cumbria is usually given as the chief inspiration. The nearby fictional town of Pencaster is thought to be on the Cumbria-Yorkshire border. Pat could be Peter Rabbit’s local postman.

The heroine of Disney-Pixar’s Brave lives in the Kingdom of DunBroch. A vague map within the film places this fictional realm in the north-west Highlands of Scotland.

Thomas and his friends live on the make-believe island of Sodor in the Irish Sea. The location, size, history and geography of the island were all mapped out by the author Rev W Audrey. He placed Sodor between the Isle of Man and the Cumbrian coast. The name comes from the old Bishopric of “Sodor and Man” (Sodor being an old Norse name for the southern islands of Scotland). Fictional islands are a little difficult to visit, but you can see Thomas and his friends at Drayton Manor.

AA Milne’s loveable creation lives in the 100 Acre Wood (or 100 Aker Wood as at is often written). Milne based the woods on the Ashdown Forest in Kent, which today houses a Winnie the Pooh adventure trail.

And finally, a troupe of litter-picking rodents whose south London home address is given in song: “The Wombles of Wimbledon Common are we”. The Wombles were viciously parodied in Michael de Larrabeiti’s Borribles trilogy (a recommended read for older kids), where they are instead named the Rumbles.

At Kidadl we pride ourselves on offering families original ideas to make the most of time spent together at home or out and about, wherever you are in the world. We strive to recommend the very best things, that are suggested by our community and are things we would do ourselves - our aim is to be the trusted friend to parents.

We try our very best, but cannot guarantee perfection. We will always aim to give you accurate information at the date of publication - however, information does change, so it's important you do your own research, double-check and make the decision that is right for your family.

Kidadl provides inspiration for everything from family days out to online classes, arts, crafts and science experiments. We recognise that not all activities and ideas are appropriate and suitable for all children and families or in all circumstances. Our recommended activities are based on age but these are a guide. We recommend that these ideas are used as inspiration, that ideas are undertaken with appropriate adult supervision, and that each adult uses their own discretion and knowledge of their children to consider the safety and suitability.

Kidadl is supported by you, the users. When you buy through the links on our site we may earn a commission. As an Amazon Associate we earn from qualifying purchases.

All prices and product availability were correct at the time of publication.

Who Do You Need A Gift For? Try These Guides 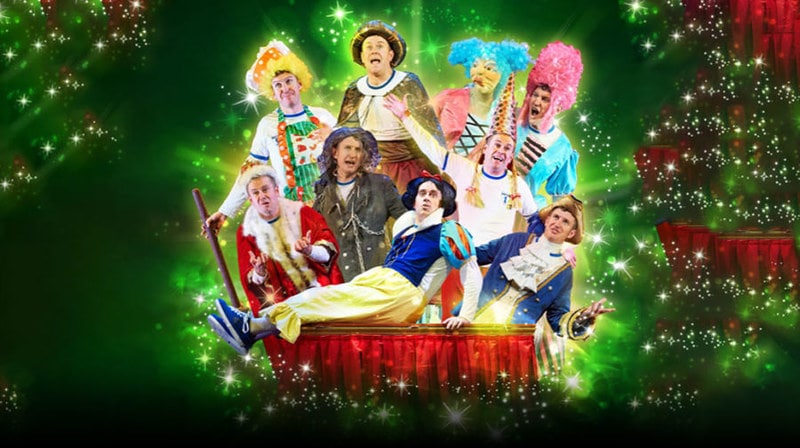 Christmas Shows, Events And Deals You Can Book Right Now

Christmas Crafts: Fun Stuff To Do Now With The Kids

Trick Of The Light: Wow The Kids With These Simple Torch Effects

Science Quiz: Test Your Kids (And Yourself) With These Puzzling Questions

Ways To Keep Warm And Cosy As The Days Get Shorter