60 Mind Blowing Facts About Flowers From Around The World Flowers are beautiful things, and they make a perfect gift for someone you care about.

But have you ever thought about how they live and develop? This article is full of amazing facts about plants and flowers!

Did you know there is such as thing as a corpse flower? That tulip bulbs can be used in cooking, and that they used to be more valuable than gold? Some of the features of flowers are crazy, as you are soon to find out with this list of interesting facts about plants and flowers! There is enough flower trivia in here to impress any amateur botanist.

If you want to read more interesting facts, take a look at these facts about spring or these dandelion facts.

There are some interesting flowers out in the world; this fun flower facts list compiles fun and weird facts about flowers!

1. Flowers are the reproductive structure of flowering plants. When insects or birds come to take nectar from a flower, they pollinate it by moving pollen from one flower into another's pistil (the female part of the flower).

2. The largest flower in the world can be up to ten feet tall and three feet wide, and it can weigh up to 24 pounds! It is called the Titan Arum and it has a distinctive smell of rotting flesh, hence why it is also known as the "corpse flower".

3. The smallest flower in the world is the Wolffia globosa or Watermeal. This tiny green plant is the size of a grain of rice, and the flower is located in a small hole in the surface of the plant.

4. In the US, almost 60% of all freshly cut flowers are grown in California.

5. The heads of sunflowers move throughout the day to follow the route of the sun from the east to the west.

6. Moon flowers are called that because they bloom only at night and close during the day.

7. There are more than 400,000 plants which flower in the world, but many have not been discovered yet so that number is likely to be higher.

8. Bamboos are a flowering plant, but it only flowers every few years.

9. The most expensive flower ever sold is a Shenzhen Nongke Orchid. It took eight years to develop and it only blooms once every four to five years, but it was sold for $200,000 at an auction!

10. Lilies are beautiful flowers, but they are highly toxic for cats.

11. The nice scent of roses comes from microscopic perfume glands on their petals.

12. There exists a variety of flower called the Chocolate Cosmos which actually smells like chocolate!

13. The nature of the soil it grows in, such as its acidity level, determines the colour of hydrangeas. If the soil is less acidic the flower will be pink, and the more acidic it is the bluer the flower!

14. The agave is known as a monocarpic plant, meaning it can stay dormant for years and only blooms once and then dies.

15. Scientists managed to resurrect a 32,000 years old Arctic flower in Siberia by using seeds buried by an Ice Age squirrel.

16. Vanilla flowers are really delicate: they only open for a couple of hours at a time and need to be pollinated by hand to produce a vanilla bean.

17. The largest flower auction in the world is in the Netherlands, in Aalsmer. About 20 million flowers a day are auctioned there.

18. Certain flowers only release pollen when they can feel a bee buzzing on them.

19. The ghost flower is called that because it contains no chlorophyll, the pigment which makes plants green. As such, it is ghostly white.

20. To keep cut flowers fresh for longer, add a bit of sugar or citrus soda to the water in the vase.

21. Some bats are pollinators, as there is a species in Mexico that feeds only on the nectar of cactus flowers.

23. There are about 4,000 species of orchids around the world, but 1,500 of them are in Colombia. It is no surprise that the orchid is Colombia's national flower!

24. Many species of plants face extinction: it is thought that 25% of flowers are at risk.

25. National Geographic estimates that about 571 species of flowers have already gone extinct since the 1750s.

26. Sunflower seeds contain a chemical which prevents plants from growing near them.

27. Orchids don't need soil to grow: they get all the nutrients they need from air.

28. Carnivorous plants like the Venus fly trap are flowering plants that eat bugs and small animals.

29. The Bird of Paradise is actually a flowering plant that looks like a tropical bird.

30. There exists some gas plants which produce a clear gas on warm, humid nights. It's said that you can ignite the gas with a match or a lighter.

31. Tulips can keep growing up to an inch per day even after they are cut.

32. The skeleton flower's petals turn transparent when they are wet and back to white when they dry.
‍

Roses are perhaps the most famous flower in the world, but did you know all these things about them?

34. The Juliet rose is a beautiful apricot hued flower and also the most expensive rose ever developed. It took its breeder David Austin $4.37 million and 15 years to create!

Flowers have a strong symbolic meaning in different cultures. Here are some symbolism facts, all about flowers!

37. For ancient Egyptians, the lotus is a symbol of resurrection and eternal life: it was considered a sacred flower and used in ancient Egyptians' burial rituals. This is because the flower blooms in damp areas like rivers and wetlands, but it can survive for years during droughts and bloom again when it is watered.

38. The lotus is also a sacred flower for Buddhists: it represents purity of the body, the mind and the spirit.

39. There is a flower named Foxglove as people believed that foxes slipped their paws into its leaves to sneak up on their prey.

40. There is an entire language built around flowers: it is called floriography. The flowers don't usually represent words but emotions and feelings. Florists can make talking bouquets to carry encoded messages!

41. The state flower for Maine is a pinecone.

42. In Russia, it is tradition to give an odd number of flowers for a happy occasion, and an even number to send condolences.

43. Dandelions are often said to represent three celestial bodies: the yellow flower represents the sun, the ball of pollen the moon and the white seeds which fly off represent stars.

Cool Facts About Flowers And Health

Below are some facts about flowering plants and their medicinal properties!

44. Daisies are thought to have medicinal properties such as relieving indigestion, easing coughs and easing back pains.

45. Greek mythology says that when Achilles was born, his mother plunged him into a bath of yarrow tea, a flower known for its protective qualities. Yarrow was also used to heal soldiers during World War I.

46. If you want to sleep better, place some Gerbera daisies by your bed: they emit oxygen and absorb toxins.

47. Daffodil bulbs look a lot like onions but they are actually poisonous!

Did you know some flowers can be used in cooking?

48. If you're out of onions, you can substitute them with a tulip bulb! However, you should make sure it is a fresh bulb that has not been exposed to pesticides.

50. Saffron, one of the most expensive spices in the world, comes from a type of crocus flower.

51. Dandelion leaves are often treated as weeds, but in fact they are a very good source of vitamins A and C, as well as iron, calcium and potassium. They can be used to make a healthy salad!

52. You can make caffeine-free coffee from dandelion leaves!

53. Broccoli, cauliflower and artichokes are known as vegetables but they are actually flowers!

Flowers first appeared several million years ago, and they've had a fascinating history!

54. The world's oldest flower bloomed about 125 million years ago. It was discovered in 2002 in China and it resembles a water lily.

55. In Holland in the 17th century, tulip bulbs were more valuable than gold.

56. The English name for dandelion flowers comes from the French 'dent de lion' meaning "lion teeth" due to the shape of its leaves.

57. The Sego Lily plant is the state flower of Utah because it is what Mormon pioneers lived off when they arrived in the Salt Lake Valley.

58. Angelica was thought to be a cure to everything in Europe: it was even used as a cure from the bubonic plague and was thought to detract evil spirits.

59. The thistle is Scotland's national flower because when the Vikings invaded hundreds of years ago, they were slowed down by patches of thistle which allowed the Scots to escape.

60. The Oleander is the official flower of the city of Hiroshima in Japan as it was the first thing to bloom after the atomic bomb explosion in 1945.

Here at Kidadl, we have carefully created lots of interesting family-friendly facts for everyone to enjoy! If you liked our suggestions for these 60+ mind blowing facts about flowers from around the world, then why not take a look at pecan tree facts, or honey facts. 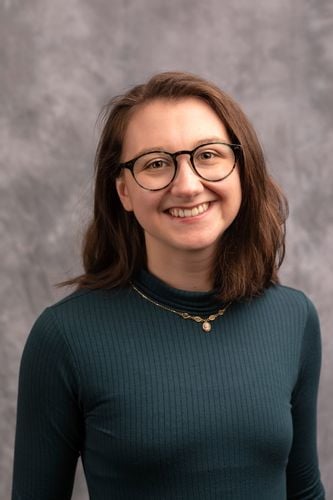