40 Minotaur Names for Your Characters 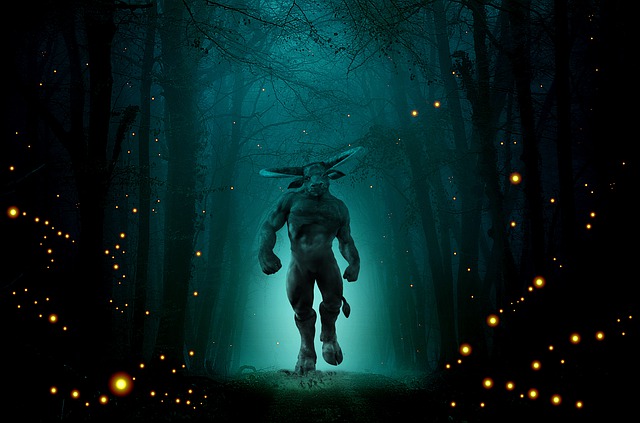 The Minotauros or Minotaur was an infamous demonic creature dwelling in the Cretan Labyrinth.

It was a bull-headed man; the son of Pasiphae, when she coupled with the Cretan bull. The Minotaur is a half-bull half-man by birth and was created through Cretan Bull and Pasiphae’s peculiar union.

This atypical creation of the Minotaur resulted from Minos’s hubris, the uncontrollable anger of Poseidon, and Pasiphae’s eternal lust. King Minos jailed this demon-like creature inside the labyrinth of the Minotaur, a complex maze structure. King Minos had Daedalus, in Knossos, build this mythological structure to hide the half-man and half-bull Minotaur from the public view. During his command, the King sent 14 young boys and lasses as a tribute to quench this demonic beast’s cannibalistic hunger. This ghastly ritual came to an end with a ghastly fight by the greatest Athenian hero Theseus, inside the minotaur maze. He finally defeated and killed the evil beast, with the aid of Ariadne. This is the tale of Theseus and the Minotaur.

In the extremely popular fantasy tabletop role-playing game, Dungeons & Dragons (D&D), Minotaurs make an extraordinary group of barrel-chested humanoid fighters, with horns in their head, raising commotions. Some are fierce, vibrant, while some are a (bit) sober.

Read on for our Minotaur name guide. For more D&D names, check out Githzerai Names and Dragonborn Names.

Looking for a perfect minotaur name for your characters? Start looking at the list of Minotaur names for girls.

1 .  Alistar a minotaur in Greek mythology; a mighty warrior with a fearsome repute, seeking revenge for the clan’s death. League of Legends’ playable character.

2 .  Ariadne daughter of Pasiphae and King Minos, helped Theseus slay the Minotaur and escape the labyrinth.

3 .  Ashen Minotaurs unique, within its own species, and possessing a higher level of intelligence than its brethren.

5 .  Bravehoof an Axe-wielding minotaur, a character from Tournament of Legends.

6 .  Jason is founder of the Argonauts.

7 .  Kaeli a kind-natured girl from Forestia; combats together with Benjamin in Final Fantasy Mystic Quest.

8 .  Meat Katie a mutated butcher-woman with a cow skull and udder attached to her body in Boss battle and The House of the Dead: Overkill.

9 .  Poseidon son of Cronus and Rhea.

10 . Theseus is mythical king and founder-hero of Athens.

Keep reading to uncover the real connotations behind a few of these best Minotaur names for boys.

14 .  Bova minotaur and the Matador, and Toro Rojo in Marvel comics ‘The Avengers’; origin - Egyptian Mythology.

15 .  Bruce combatant of the Normans; role-plays as both Daedulus and the Minotaur.

16 .  Dagg a minotaur; at Arms’ Length one of the playable character; uncommon Subtlety Rogue in the World of Warcraft.

18 .  Ferdinand a Minotaur from Kythos, served as Wonder Woman’s personal chef in The Story of Ferdinand.

19 .  Gaur character in Pride of Life; a minotaur-super beast of the bison variation and World Tree’s guardian.

20 .  Listar from League of Legends; Minotaur dwelling at the Labyrinth’s center in most stories.

Here are gender-neutral Minotaur names to help you choose your favorite.

22 .  Ilford a minotaur; role-play in the Bleach; a fierce and mighty king.

23 . Jermain from the Chronicles of Narnia; a huge beast with a more powerfully built body than other Minotaurs and their leader; he carried the Otmin’s axe.

24 . Loa from the Fullmetal Alchemist and Legend of the Ace; a new hero in ‘Labyrinth Dominator.’

26 . Rintrah in Doctor Strange, an intelligent being from the extra-dimensional planet of R’Vaal, resembling a green-skinned minotaur.

29 . Taurus character in Fairy Tail, this union’s offspring was the Minotaur, a dreadful beast with a man’s body and a bull’s head, and fed on human flesh.

Here are Minotaur names inspired by fiction and mythology.

33 . Temper fought for the Unchained; defected by Order; had extreme temper issues; one of the grey-skinned in Clash of the Titans.

34 . The First Colossus (Latin origin) playable character in Shadow of the Colossus.

35 . Warrior compatible character, together in Gauntlet Legends, Gauntlet: Dark Legacy, and Warriors of Myth; born to punish King Minos of Crete after attempting to trick the gods witnessing the pure white bull’s birth.

36 . Massif “Hungry” Bovine from Middenheim Marauders, one of the heaviest players to take all challenges.

37 . Tavros from the Chronicles of Narnia; a fantasy character; initial partner to the crew on the Dawn Treader, under the service of King Caspian X, in 2306.

Kidadl has lots of great names articles to inspire you. If you liked our suggestions for Minotaur Names then why not take a look at Kobold Names, or for something different take a look at Dolphin Names.