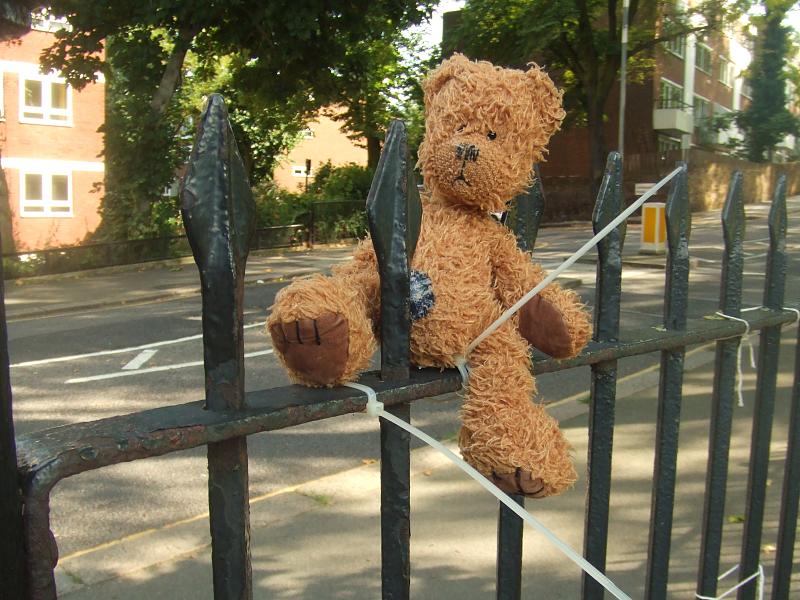 My daughter had a favourite toy from cradle until her second year. He was called ‘Travel Rabbit’, because he would travel everywhere with her (and he was a rabbit). She loved that bunny so much. Then, one day, he was gone. Travel Rabbit had presumably been dropped somewhere between nursery and home. We retraced our steps. Nothing. We enquired in all the local shops, at the train station, in the big supermarket - we even asked the street sweepers. No sign of the doll. My daughter was inconsolable for days. We ended up buying a replacement (Trav 2), and a second version (Girl Trav), but nothing could quite match that first love.

If there is any comfort in this story, it’s that we’re not alone. Every family experiences the ‘favourite toy goes missing crisis’ at least once. We might laugh off the triviality of the problem, but the distress is very real to our children.

Some parents go to desperate lengths to track down the missing plaything. Appeals are put out on local online forums. Neighbours are marshalled to help search for the toy. Some parents even pin up notices resembling ‘Lost Cat’ posters in the hope that a stranger will bring happy news. I chanced across this poster in Highgate Wood (north London) a few years ago, placed by a frantic parent in search of a lost ‘Sheepie’.

“We would be so grateful for her safe return,” it says. “She has been my son’s faithful, much-loved companion since he was a few months old and he takes her everywhere.” I wonder if the pair were ever reunited.

Some parents even offer rewards. This notice in Kentish Town (London) offered a £10 reward to anyone who could recover a much-loved puppy toy. A new replacement would cost little more than this, which just goes to show that you can’t put a price on a cherished object.

Not every loss is permanent, however. Sometimes children are reunited with their misplaced toys. Kidadlr Joanna shares a recent episode in which her youngest child left his treasured Chick (from Twirlywoos) cuddly toy on the back seat of the bus. “It was a while before I realised so I ended up in a frenzy,” says Joanna. “I messaged the local transport Facebook page, visited their shop, pleaded with people to keep an eye out. As we got back on the bus to head home, there he was, sat in the baggage area at the front, as if he was waiting for us. If we'd got the bus even 5 mins before, or 5 mins after, we'd never have found him. It was a Twirlywoos miracle!” What might have been a traumatic experience turned out to have an upside. “Now we talk about the adventure he must have had,” says Joanna, “riding the bus, that afternoon”.

Kidadlr Samantha had a similar near miss while enjoying a leisure park in north-west London. “My youngest has to always have something in his hand. It’s one very special, slightly broken Lightning McQueen car [from the Cars films]. We went to Ruislip Lido and in the ice-cream and food excitement I didn't keep track of Lightning. Fast forward: we are sat with our picnic and he says frantically "Mum i can't find Lightning". Heart in throat, I ran around the beach area and restaurant section looking with people understandably asking what I was so desperately searching for. My friend I was with laughingly called me back as Lightning had actually made his way into my youngest's wellies. I cannot tell you the relief. As little as he is, he gets the joke and now regularly laughs and puts things in his wellies. Just for fun.”

Have you shared similar experiences with a missing toy and a distraught child? We’d love to hear about your experiences, and whether the child was reunited with their most precious possession. Or perhaps you’ve spotted other lost toys, or posters asking for information. Email matt@kidadl.com with stories or photos, or drop a note into the Kidadl Facebook group.

See also: Revenge of the toys: when playthings fight back