30 Moneyball Quotes From The Book And The Movie 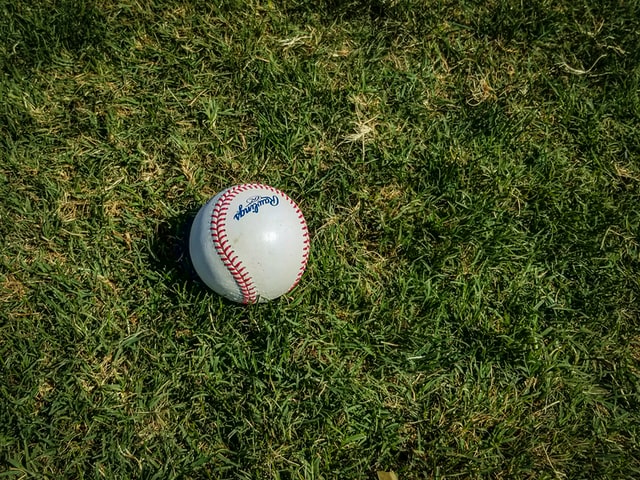 'Moneyball: The Art Of Winning An Unfair Game', first a successful book by Michael Lewis and later adapted as a movie starring Brad Pitt as Billy Beane and Jonah Hill as Peter Brand.

'Moneyball' is a sports drama based on the real story of General Manager Billy Beane of Oakland A’s who aspires to achieve great results with the least expense. With the help of Peter Brand played by Jonah Hill who studied economics at Yale University develops the method of sabermetrics, empirical analysis, and incorporating that in baseball.

Here is a curated list of inspiring 'Moneyball' quotes.

If you like this, check out 'A League Of Their Own' quotes and Major League Baseball quotes.

Michael Lewis’s 'Moneyball' is a great read. Here are some great book quotes.

1. “There was now such a thing as intellectually rigorous baseball analyst. James had given the field of study its name, Sabermetrics.”

2.  “Baseball has so much history and tradition. You can respect it, or you can exploit it for profit, but it’s still being made all over the place, all the time.”

3.  “How can you not get romantic about baseball?”

4.  “The pleasure of rooting for Goliath is that you can expect to win.”

5. “The pain of looking bad is worse than the gain of making the best move.”

6. “'That’s all right!' says Billy. 'We’re blending what we see but we aren’t allowing ourselves to be victimized by what we see.'”

7. “People who want cry badly to win and to be seen to have won, enjoy a tactical advantage over people who don’t.”

8. “Over a long season the luck evens out, and the skill shines through. But in a series of three out of five, or even four out of seven, anything can happen.”

9. “The great thing about baseball players, from the point of view of personal hygiene, is how seldom they break a sweat.”

Moneyball movie is full of baseball inspiring quotes and here is a list of some of the baseball movie quotes by Billy Bean, Peter Brand and others.

11. “There is an epidemic failure within the game to understand what is really happening. And this leads people who run Major League Baseball teams to misjudge their players and mismanage their teams.”

12.  “We're all told at some point in time that we can no longer play the children's game, we just don't know when that's gonna be.”

13.  “The first guy through the wall always gets bloody. Always!”

15. “Okay people who run ball clubs, they think in terms of buying players. Your goal shouldn't be to buy players, your goal should be to buy wins and in order to buy wins, you need to buy runs. You're trying to replace Johnny Damon. The Boston Red Sox see Johnny Damon and they see a star who's worth seven and half million dollars a year. ”

16.  “When I see Johnny Damon, what I see is an imperfect understanding of where runs come from. The guy’s got a great glove, he’s a decent league off hitter, he can steal bases. But is he worth the seven and a half million dollars a year the Boston Red Sox are paying him? No! No! Baseball thinking is medieval.”

17.  “I respect you, Mr. Beane, and if you want full disclosure, I think it's a good thing that you got Damon off your payroll. I think it opens up all kinds of interesting possibilities.”

Scott Hatteberg :  A baseball being hit in my general direction.”

19.  “Jeremy's about to realize that the ball went 60 feet over the fence. He hit a home run and didn't even realize it.”

Grady Fuson: Look, Billy, we all understand what the problem is. We have to replace three key players in our lineup.”

Here is a list of some of the amazing quotes by Billy Beane played by Brad Pitt.

22.  “When your enemy’s making mistakes don’t interrupt them”

23.  “It’s hard not to be romantic about baseball. This kind of thing, it’s fun for the fans. It sells tickets and hot dogs. Doesn’t mean anything.”

24.  “Billy Beane : Would you rather get one shot in the head or five in the chest and bleed to death?

Peter Brand: Are those my only two options?”

25.  “They will erase us and everything we’ve done here, none of it’ll matter. Any other team wins the World Series, good for them.”

26.  “Pack your bags, Pete. I just bought you from the Cleveland Indians”

27.  “The problem we’re trying to solve is that there are rich teams and there are poor teams. Then there’s fifty feet of garbage, and then there’s us. It’s an unfair game. And now we’ve been gutted. We’re like organ donors for the rich. Boston’s taken our kidneys, Yankees have taken our heart. And you guys just sit around talking the same old good body nonsense like we're selling jeans.”

Billy Beane : It's not that hard, Scott. Tell him, Wash.

Peter Brand : Do you want me to speak?

Billy Beane: When I point at you.”

David Justice:  Well, you are paying me eight million dollars a year, so yeah.”

Here at Kidadl, we have carefully created lots of interesting family-friendly quotes for everyone to enjoy! If you liked our suggestions for 'Moneyball' quotes then why not take a look at inspirational baseball quotes or basketball quotes.