101 Montana Facts To Make You Treasure 'The Treasure State' Have you been wondering about the most interesting facts about Montana?

Lucky for you, we've compiled a list of Montana fun facts to answer all your burning questions. You'll no longer be querying how did Montana get its name, or curious about Montana's history.

We explain the meaning of Montana's name, and why the state's motto is 'gold and silver'.

1. The name Montana comes from the Spanish word for mountains, 'montaña'.

2. Early Spanish colonizers named Montana 'Montaña del Norte' when they were first exploring the state, because of its western mountainous region.

3. Montana's nickname is 'The Treasure State' as a result of its hugely rich mineral reserves.

4. Montana's state motto is 'Oro y Plata', comes from the Spanish for 'gold and silver', as a result of the state's plentiful reserves.

5. Sapphires are one of the Montana symbols, as they are also found in abundance in the state.

6. Montana has several other nicknames, including 'Big Sky Country' and 'Land of the Shining Mountains'.

Did you know Montana is the fourth largest state? Are you familiar with the bordering states of Montana? Read on for more facts about Montana USA.

7. Montana is one of eight Mountain States found in the north of the region known as the Western United States.

9. However, the biggest city in Montana is Billings, with a population of around 100,000.

10. The 2020 Montana population is one million people.

12. Montana is one of the largest states in the United States, ranking at number four behind Alaska, Texas, and California.

13. It is big enough to fit six US states in its area.

14. Despite being one of the largest states, it is also one of the least densely populated states, at only six people per square mile.

15. This means the Big Sky state has the 44th largest population of American states.

17. Of the United States, North Dakota and South Dakota sit at Montana's east, Wyoming is to its south, and Idaho to its west.

18. British Columbia, Alberta, and Saskatchewan are Canadian provinces bordering Montana to the north.

19. Montana is the only state in the US to have a land border with three Canadian provinces.

20. Montana has 56 counties: the largest county is Yellowstone.

21. Montana has around 28million acres of public land, which totals 30% of the state's total acreage.

22. Montana is home to seven State Forests and 53 State Parks.

23. The Rocky Mountains are found in Montana, as well as British Columbia in Canada, and Idaho and Wyoming in the United States.

24. Despite the name 'Montana' coming from the Spanish word for mountain, Montana only has an average elevation of 3,400 feet - the lowest among the Rocky Mountain states.

26. The eastern portion of Montana is rolling landscape where cattle and sheep graze.

28. The contrast between Montana's high mountains and low-lying plains are the state's most striking geographical features.

29. 50 of Montana's 56 counties are considered 'frontier counties', designated by The National Center for Frontier Communities in 2000.

30. To be considered 'frontier counties', means that these counties only have an average of 6 people per square mile or even fewer.

31. The economy of Montana is mostly based on agriculture, which includes ranching and cereal grain farming.

32. The state also benefits from its resources of oil, gas, coal, mining, and lumber.

33. Montana has thousands of rivers and creeks, including the Missouri River.

34. The Yellowstone River is the longest free-flowing (un-dammed) river in the United States.

35. Its rivers feed the Pacific Ocean, the Gulf of Mexico, and Hudson Bay.

36. Montana has 3000 named lakes and reservoirs, including Flathead Lake.

37. Flathead Lake was carved by glaciers over 10,000 years ago, and is the largest natural freshwater lake west of the Mississippi River.

38. Both Flathead Lake and the world's smallest river, the Roe River, are in Big Sky Country.

39. The water in Roe River originates from Giant Springs: before the water emerges here, scientists estimate that it has travelled underground for 2900 years.

40. Montana contains Glacier National Park, which is known as 'The Crown of the Continent', and parts of Yellowstone National Park.

41. Glacier National Park has 250 lakes in its boundaries.

42. Yellowstone National Park is located in southern Montana and northern Wyoming, and was the first national park established in the United States.

43. It boasts 290 waterfalls that are more than 15 feet tall, and they flow year-round.

45. Giant Springs state park is also home to the largest freshwater springs in the country, producing over 156 million gallons of water daily.

Learn a little about the history of America's fourth-largest state.

49. Yellowstone National Park was established on 1 March 1872, which was 20 years before either Idaho, Wyoming, or Montana were granted statehood.

51. Archaeologists state that the first settlers in Montana are the Paleo-Indians.

53. The twelfth tribe of the Little Shell Band of Chippewa lives without its own land in Montana.

54. The first gold was discovered in Montana at Gold Creek in 1852.

55. The first European colonizers of Montana were French fur traders, who arrived in the 1700s.

56. Both the Spanish and French laid claim to Montana historically.

What Is Montana Famous For?
‍

In need of further interesting facts about Montana? Learn about the state's largest migratory elk herd, the ghost town that is Virginia City, and what a triple divide is.

57. Montana has a unique feature known as a triple divide. The triple divide allows water to flow into the Hudson Bay, the Pacific Ocean, and the Atlantic Ocean.

58. The most famous of the Montana state animals is the grizzly bear.

59. Only around 1500 grizzly bears remain in the lower 48 states of America: an estimated 800 are found in Montana.

60. The old capital of Virginia City is a Montana ghost town.

61. Once the gold of the surrounding mountains ran dry, occupants abandoned Virginia City, leaving it a perfectly preserved relic of the Old West.

62. Montana is home to the largest migratory elk herd in the US.

63. The Northern Yellowstone herd (around 15 000 to 20 000 elks) migrates from Wyoming northwards into Montana each winter.

64. Around 10 000 white pelicans with a wingspan of nine feet migrate from the Gulf of Mexico to Medicine Lake in northeastern Montana every spring.

65. The only North American gemstone to be included in the Crown Jewels of England is the Montana Yogo sapphire.

66. The 'Going to the Sun Road' in Glacier National Park is amongst the most scenic drives in America.

68. These two parks were then listed as joint World Heritage Sites for their beautiful scenery and diverse flora and fauna.

70. In 1908, the National Bison Range was established to preserve wild bison from extinction in western Montana.

71. Alongside elk, deer, antelope, and bears, around 500 bison live in this wildlife refuge.

72. Montana is one of the few remaining places globally to see free-roaming buffalo.

73. Montana is also home to Pompey's Pillar, a rock formation near Billings which is made of sandstone and was signed by Captain William Clark in 1806.

74. Pompey's Pillar also has ancient animal drawings on its surface: it could have been a meeting place for humans thousands of years ago.

75. Downhill skiing and cross-country skiing are both popular sports in Montana: the state has 15 developed downhill ski areas that are open to the public.

Wondering after the Montana state bird and flower? We've listed the weirdest facts about Montana we could find.

76. The coldest temperature ever recorded in the United States was in Rogers Pass on January 20, 1954, at -70 degrees Fahrenheit.

77. The Montana state bird is the Western meadowlark - this was voted by schoolchildren in 1930.

78. The state flower of Montana is the Bitterroot.

79. The largest temperature change recorded in one place over a 24 hour period occurred in Loma, Montana when the temperature rose from -54 to 49 degrees Fahrenheit. That's a full 100 degree difference!

80. Montana is home to 100 species of mammals: no other state has as many different mammal species.

81. These animals include elk, caribou, lynx, and bobcats.

82. Montana is home to the famous ghost town Bannack, which was founded in 1862.

84. The largest snowflake ever observed fell during an 1887 storm in Montana. It measured 15 inches.

85. The Montana Yogo sapphire is considered amongst the finest sapphires in the world.

86. At the 19th century's close, the mines made the capital of Montana Helena home to more millionaires per capita than any other city in the world.

88. Yellowstone Park is one of the 30 active super volcanoes around the world, and is the only land-based one.

89. The Rocky Mountain Front Eagle Migration Area, west of Great Falls, is the best place in the world to see golden eagles - it's the record holder for the most golden eagles spotted in one day.

90.  Paleontologists from the Museum of the Rockies were the first to discover fossilised dinosaur embryos at Egg Mountain in the Rocky Mountains, 14 September 1983.

92. Montana is the surname of the fictional character that brought Miley Cyrus fame: Hannah Montana.

93. The first woman to be elected to Congress in 1916, Jeanette Rankin, was born in Montana.

95. The Big Sky state is also home to the largest population of breeding trumpeter swans in the U.S.

96. The North Entrance to Yellowstone National Park is the original entrance to the world's first National Park, and is still the only year-round entrance.

97. The film A River Runs Through It, which starred Robert Redford, was filmed in Montana, bringing national attention to the featured sport of fly fishing.

98. However, although the film focuses on the Blackfoot River in Montana, most of the fishing footage was actually shot on the state's Gallatin River.

99. Yellowstone National Park has around 2000 earthquakes yearly, and the park also has more than 300 geysers within its boundaries.

100. One of the largest T-Rex skeletons ever found was discovered in Hell Creek, Montana in 2016. It's known as 'Tufts-Love Rex' and is one of only 15 T-Rex skeletons found virtually intact.

101. 'The Cowboy Capitol' is the other name for Miles City in Montana.

Here at Kidadl, we have carefully created lots of interesting family-friendly facts for everyone to enjoy! If you liked our suggestions for the best Montana state facts, then why not take a look at funny facts about Kentucky or fun facts about Oregon. 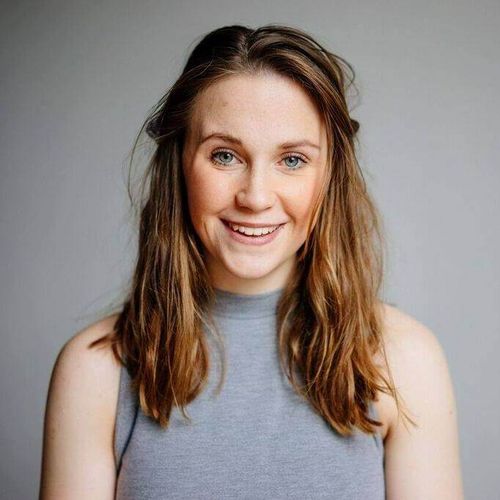