50+ Mudwing Names From Wings Of Fire, Plus Ideas 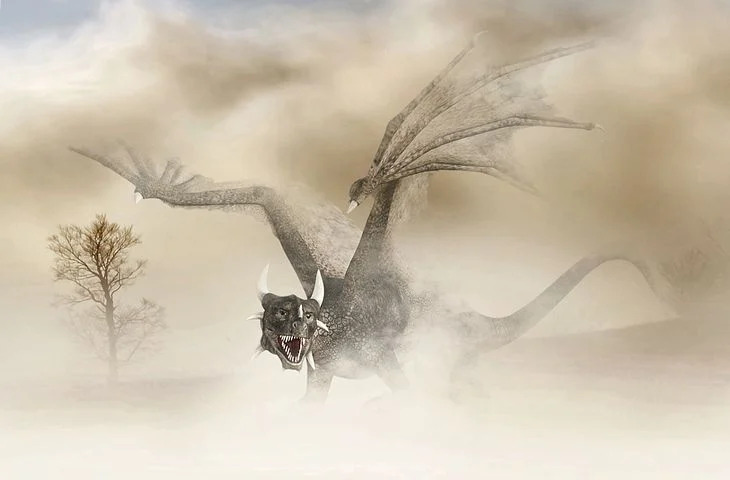 ‘Wings Of Fire’ is an amazing story about incredible dragon adventures.

‘Wings Of Fire’ is a young adult fiction created by Tui T. Sutherland. It narrates the adventures of dragons in a magical fantasy world.

MudWings are a tribe of earthy colored dragons. They are known for their strength, large size and flat snouts. These dragons can be submerged in the mud for long periods of time because their nostrils are above their snouts. The names of MudWings match their appearance and characteristics. ‘Wings Of Fire’ MudWing names also tend to be related to  the earth and land. When thinking of dragon names, you can choose good MudWing names like Argil and Elm, or good LeafWing names like Olender and Sumac, or even good NightWing names like Grim and Stormcaller. Read on to discover a good list of names for MudWing dragons.

MudWing Names From ‘Wings Of Fire’

Here is a list of dragon names of males and females that appear in ‘Wings of Fire’.

1.Asha, part of the Talons of Peace, Cattail’s sister.

2.Cattail, a soldier under Queen Moorhen.

3.Clay, the name of the MudWing who is the protagonist of ‘The Dragonet Prophecy’. Clay is saved by Peril, who burned poisonous venom from his leg.

4.Crane, the name of a MudWing dragonet in ‘The Dragonet Prophecy’.

5.Crocodile, a MudWing who served as a spy under Burn.

6.Marsh, one of Clay’s siblings.

7.Mayfly, the best doctor in the city called Possibility.

9.Newt, the name of a MudWing dragonet who attends Jade Mountain Academy.

10.Ochre, a member of the Talons of Peace.

11.Pheasant, among the good MudWing-SandWing hybrid names of a female MudWing who is Clay’s sibling.

12.Reed, MudWing soldier who now resides in the Mud Kingdom.

14.Sora, among the MudWing names of a sibling of Clay, this dragon has terracotta eyes.

15.Swamp, male MudWing who has a short temper.

16.Umber, MudWing who is on the run with Sora.

Here are some great ideas of Male MudWing names.

17. Alligator, one of the names for a male MudWing who looks like an alligator.

18. Amphibian, inspired by an amphibian species like a frog.

19. Bayou, meaning "marshy outlet of a river or lake".

20. Blob, one of the names that represents a blob of mud.

21. Buff, among the muscular names to describe a MudWing.

22. Bulrush, inspired by a swamp plant.

23. Cinderblock, among the 'Wings Of Fire' names that mean “cooked clay”.

24. Corroboree, inspired by a species of frog.

25. Deluge, inspired by a severe flood.

27. Frog, inspired by a species that likes wet mud.

28.Landslide, one of the perfect names for your dragon.

30.Mudslide, a fitting name for your male MudWing character.

32.Quagmire, inspired by boggy areas in a swamp.

33.Squelch, for a dragon that likes to squelch through the mud.

34. Toad, one of the names inspired by an amphibian.

35.Toadstool, inspired by a mushroom similar to the name Toad.

36.Almond, inspired by the color brows.

38.Auburn, taken from the shade of brown.

39. Brook, the name of a MudWing-SeaWing hybrid dragon.

41. Cedar, among the female MudWing names inspired by trees.

42. Chikyu, among the names that mean “earth” in Japanese.

43. Coco, among the MudWing female names inspired by a shade of brown.

44. Cream, among the names of a girl MudWing that is a light shade of brown.

45.Dotterel, a great name for a hybrid MudWing and SeaWing dragon.

47. Gaia, inspired by the Goddess of the earth for your MudWing.

50.Mahogany, inspired by a tree.

52.Sandpiper, one of the names inspired by a wading bird.

53. Sienna, among the MudWing names for dragons that have a brown color.

54. Terra, among the female MudWing names that signify terracotta.

55. Topaz, one of the beautiful names inspired by a gemstone.

56. Twig, one of the female MudWing names for dragons.

58. Caddo, inspired by a swampy lake in Texas.

59. Carmargue, a name that is taken from the region of France with many salt lagoons.

60. Coypu, a cute dragon name for a MudWing inspired by a beaver-like animal.

Kidadl has lots of great name articles to inspire you. If you liked our suggestions for MudWing Names then check out these 'Game Of Thrones' dragon names and these Skyrim dragon names.