86 Musical Baby Names That Will Strike A Chord Musical baby names are really special and unique baby names inspired by musical terms, icons or even a musical instrument.

They're becoming increasingly popular among new parents and are incredibly creative. Musical baby names are also very pleasing on the ear, being very soothing, calming, harmonious and lyrical.

The musical names we just love are stand out, sophisticated and also fun! Take a read below at our specially curated list of musical baby names inspired by some of the most iconic parts of the music world that will definitely strike a chord with anyone who hears them.

2. Ariana (Italian Origin) -  meaning "holy" with 'Ari' being another variation.

6. Beyonce (US Origin)- meaning "beyond others" and also the name of a popular US music pop singer, beautiful for a girl.

7. Billie (French Origin)- a nickname for William and after Billie Holiday.

11. Coolio (US Origin)- a unique baby name after the music star Coolio.

12. Dolly (US Origin)- a musical baby name after Dolly Parton.

14. Dusty (US Origin) - A musical girl name made popular by the fantastic Dusty Springfield.

15. Drake (US Origin) - this strong musical name is thought to be originated from the term Draca which also means dragon.

16. Elvis (Scandinavian Origin) -  after the King of Rock and Roll and from the term 'All Wise'.

17. Fernando (Italian Origin) - Originating from the term 'adventurous and bold journey', this popular name has been associated with music since the famous ABBA song.

19. Freddie (Germanic Origin) - meaning 'peaceful ruler' and the name of one of the greatest frontman of all time, Freddie Mercury.

22. Harrison (Germanic Origin) - this name quite literally means 'Harry's Son'. If you like George Harrison, then this beautiful name is a perfect idea.

23. Hendrix (Germanic Origin) - the name of one of the greatest guitarists of all time Jimmy Hendrix, meaning 'Hendrik's Son'.

26. Keith (Germanic Origin) - There are lots of musical Keiths, including one of the popular star names Keith Richards.

27. Lennon (Irish Origin) - a name perfect for those who like The Beatles and John Lennon.

1. Allegro (Italian Origin) - a musical term meaning 'to be performed at a quick speed".

2. Alto (Latin Origin) - one of the names taken from the highest adult male singing voice.

4. Aria (Italian Origin) - A melody that is sung solo.

6. Cadence (Latin Origin) - a melodic framework that creates a feeling of resolution.

7. Cantata (Italian Origin) - a piece of music with a narrative.

15. Melody (Latin Origin) - a pleasant tune created by a series of notes.

18. Selah (Hebrew Origin) - a musical direction in the Hebrew Bible.

19. Serenade (Italian Origin) - a song played in the open air.

20. Sonata (Germanic Origin) - comes from the word 'Sonare', the Italian word for 'sound'.

5. Cello (Italian Origin) - the bass instrument of the violin family.

6. Drummer (Germanic Origin) - someone that plays the drums.

7. Fife (Scottish Origin) -  this unisex name is the name of a small high-pitched wind instrument.

9. Harper (Latin Origin) - someone who plays the harp.

12. Piano (Italian Origin) - one of the most famous instruments of all time.

13. Piper (English Origin) - someone who plays the pipe.

14. Reed (English Origin) - a thin strip of material used for some instruments.

15. Strummer (Germanic Origin) - someone who strums a guitar.

16. Viola (Italian Origin) - a slightly larger and deeper version of the violin.

1. Calypso (South American Origin) - A style of music from the West Indies.

9. Quartet (Latin Origin) - a group of four singers that usually sing in harmony.

12. Rhapsody (Latin Origin) -  In musical terms, a Rhapsody is a free-flowing musical piece that is episodic and integrated. 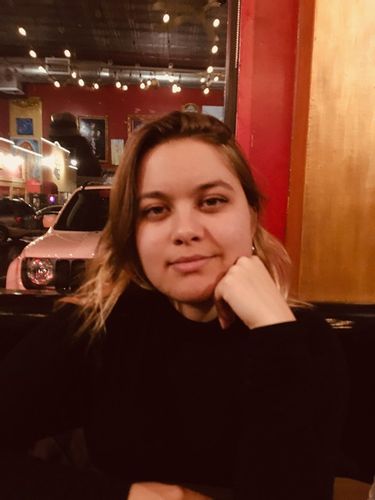