52 Names Meaning Creation From Around The World 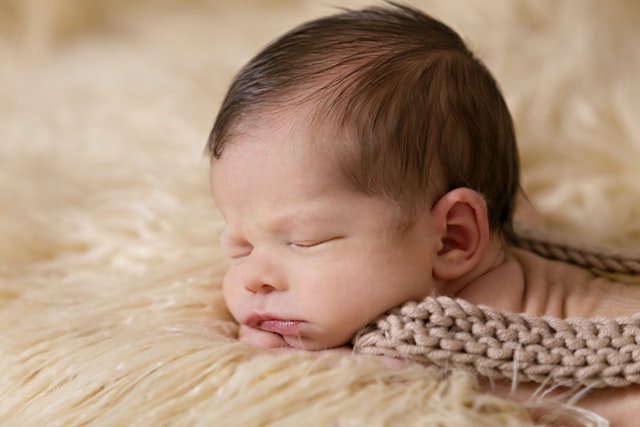 The welcoming of an infant brings a fresh start in each feeling of the word. There is an environment of delight and festivities all over the place.

To commend this novelty with appropriate names, we bring you a list of 52 names meaning creation that are popular across different societies and religions. A portion of these girl names or boy names may appear to be somewhat known or heard while others you may not have seen before. We hope that this list will be helpful in finding the perfect name for your new family member.

Names That Mean Creation For Girls

Choosing the name of baby is an overwhelming task, and nowadays guardians have to think about a ton of components prior to settling on one. For a few, the meaning of the chosen name is fundamental, and for other people, names are inspired by superstars or celebrities. Most parents like to pick a name for their baby boy or baby girl that is unique and has a touch of creativity in it. A few of the girl names meaning creation are Daifa, Fatiha, Rachana and Rashana but we will detail them further in this list.

We think the idea of naming your child after creation is such a lovely way to start their lives as they will create their own paths, make their own mistakes, creative their own lives, and what a gorgeous way to always remind them that they are in control of everything they do.

1. Amaryllis (Greek  origin) meaning "new" and "fresh". The name is one the most unique name for girls.

3. Anukriti (Indian origin) meaning "beautiful creation by God". This name depicts the creation of god at its best.

4. Chae-Won (Korean origin)  meaning "the beginning". The Korean name is the most popular one.

5. Dagny (Scandinavian origin) meaning "new day" or "new beginning". Dagny is a sweet and simple name for a girl child.

6. Daifa (Arabic origin) meaning "a majestic creation". The name holds magic in itself.

7. Dajana (Latin origin) meaning "divine and heavenly creation". The name can be an unusual choice for your baby.

8. Dawn (Anglo Saxon origin) meaning "new beginning" or "the first appearance of light". You cannot get a simpler name meaning a new beginning.

9. Ellowyn (Anglo Saxon origin) one of the girl baby names that means "elm" or "the fresh new beginning". The name can also be shortened to Ello or Wyn.

10. Eos (Greek origin)meaning "dawn". The name is of the Greek goddess of dawn.

11. Fatiha (Arabic origin) meaning ‘beginning" or "the first creation". One of the beautiful name for a Muslim girl child.

13. Kainaat (Arabic and Urdu origin) meaning "all creations", "the Creation". The name is the most and very popular Arabic name.

14. Kainat (Arabic and Urdu origin) meaning  "Universe". The name is one of the interesting and amazing choice.

15. Kartara ( Indian origin) meaning "Lord of All Creation". The name is perfect for parents looking for modern names.

16. Kia (African origins) meaning "new beginnings" or "season’s beginning". Kia as a name can be the best option for a beautiful little princess.

19. Oriana (Latin origin) meaning "dawn" or "rising". It can also be taken as under names meaning the creation of stars.

21. Raanana (Hebrew origin) meaning "fresh and new".  The name is one of the rarest names kept for a girl.

23. Senara (Cornish and Breton origin) meaning "dawn" is one of the loveliest names on the list. It’s so sweet and simple.

25. Srusti (Indian origin) meaning "creation", or "the world". The name for a baby girl is straightforward and exotic.

Names That Mean Creation For Boys

The importance of 'creation' is profound and giving your baby a name that implies creation or new life, gives a solid and incredible quality to your baby name. A baby name meaning creation or new beginning are somehow both ground breaking and solid. What a lovely way to name your baby, as they are the start of a new life for their parents! Feel free to browse this rundown, the most lovely boy names that mean creation.

27. Akwan (Arabic origin) meaning  "creations", "universe". The name will be the beat chosen name for your boy.

29. Arata (Japanese origin) meaning "new" or "fresh". The boy name meaning brings out the freshness of the name

31. Asier (Basqu origin) meaning "the beginning". One of the uncommon and unheard names for a boy.

33. Elkan (Hebrew origin) meaning "belonging to God". This name for a boy has global existence and is quite common.

35. Futaih (Arabic origin) meaning "foundation", or "creation". The boy name can give an amazing touch to the boy character.

37. Jagdees (Indian origin) means "ruler of the world". Jagdeeh also know as the Lord Shiv is the most revered Hindu deity in India.

38. Kartaara (Indian origin) means "Lord of all creations" or "the God". This name for a boy can bring out his real persona.

40. Nelio (Latin origin) means "of the Cornelius family". Nelio is a simple and pure name for a boy.

43. Prajakt (Indian origin) means "God of Creation". The name is quite tough to be spelled.

44. Srijan (Indian origin) means "creation". The name refers to the God who created the universe.

45. Sachar (Hebrew origin) means "dawn". The name is quite unheard but is the best suit.

There are numerous motivations to consider a gender neutral names when choosing what to name your baby.

As we are becoming increasingly open to new ideas, more people are moving toward utilizing non gendered names for their babies. ﻿It means that your child can forge their own path, and if you are planning on raising your child in a non gendered way, this is the perfect start.

47. Abiodun (African origin) means "born on a festival". This name is very popular in some countries, we think it's a lovely celebratory name.

48. Alba (Latin origin) means "dawn." We love the simplicity of this name.

50. Chijioke (Igbo origin) means "God is in charge of creation".

51. Chuke (Igbo origin) means "God's creation". The name is sweet and sober to be taken.