30 Names That Mean Snake From Around The World 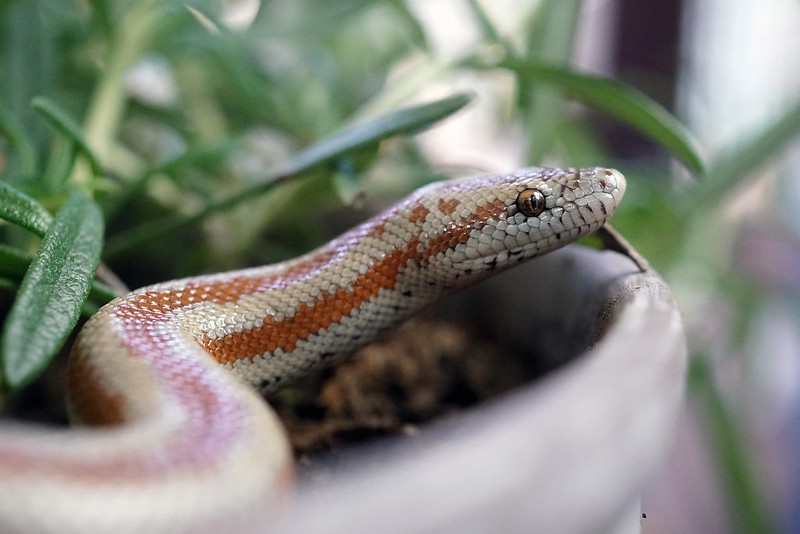 If you are searching for names meaning snake as your baby names, here is a list of mythical snake names to pick from.

Snakes or the serpents are believed to be the guardians of the sacred places and temples since sanctuaries. This association might be grounded in the perception that when threatened or attacked, a few snakes, (for example, rattlesnakes or cobras) habitually hold and safeguard their ground, first turning to show to scare their opponents and afterward battling, instead of retreating. This is the reason they are called the natural guardians of the treasures and temples.

Snake names are also very popular in mythical movies and television shows where serpents are important characters. So, if you are looking for some unique inspiration for name ideas for your child or your character, then keep on reading.

You can also see our articles on names that mean dragon and snake names for more inspiration, right here on Kidadl.

Names That Mean Snake For Girls

Finding snake names for our babies can be quite an arduous task. We've tried to make it easier with our rundown (or a list) of both baby boy and baby girl names meaning snake. Some names meaning snake are Nagai, Donelle, Lindie, Ahiratha, and Manidhar. We hope that you will find the one that suits the best for your charming baby.

1. Belinda (Old Germanic origin) means "bight serpent or snake". This name for a girl is one of the popular names meaning snake. It is also the name of a singer Belinda Carlisle.

3. Donelle (Old English origin) means "snake". The girl name meaning is one who has the power of snake and serpent.

4. Egle (Lithuanian origin) meaning "A maiden who married a grass or a water snake". It's a cute and short name for a girl.

5. Havu (German origin) means "snake". The name for a serpent girl is one of the rarest to be heard as baby names.

8. Nagini (Indian origin) meaning "snake". The serpent name is one of the characters in the movie series 'Harry Potter'.

10. Nathara (Scottish origin) meaning "snake". The name meaning is one who holds the ability and power of serpents.

11. Sarff (Welsh origin) means "snake".  The girl with this name is dynamic and versatile.

12. Shuman (Native American origin) means "Rattlesnake handler". The name is rarely heard for a girl but we like it.

Everyone wants their boy to be strong, competent, and fearless. And if you are looking for some unique and rare names that means snake for your boy, then you are on the right track. Some of the unique baby names meaning snake are Donelle,  Drake, Chua, and Coatl.

13. Ahiratha (Indian origin) means "having a snake". The name denotes the symbol of strength and power.

17. Drake (Old English origin) means "snake", or "a dragon". Drake is one of the most common chosen baby names. It is also  the name of Canadian rapper Drake.

19. Fani (French origin) means "snake", or 'hood of snake". The name is also for a cyclone 'Fani', pronounced as 'Foni' and it was suggested by Bangladesh.

21. Nagarjun (Indian origin) means "best among the snakes". The name for a boy refers to one of the best among others. It is also the name of famous Indian actor Nagarjun.

22. Nagendra (Indian Origin) meaning "lord of snakes". One of the other meanings of the name is elephant. The name was derived by adding the word Nag with the name of the Hindu God Indra.

23. Nathair (Scottish origin) means "snake". Boys that are names Nathair possess the intelligence and longevity of the snake.

24. Ophiuchus (Greek and Latin origin) meaning "serpent bearer". This name belongs to the arrangement of stars at the equator. It also shows the god of medicine, Asklepios, with a snake.

25. Ormr (Old Norse origin) means "snake", "serpent", or "a dragon". The Old Norse name is one of the unique baby names meaning serpent.

26. Phani (Indian origin) means "snake". The person with the name Phani is mainly Hindu by religion.

27. Sheshdhar (Indian origin) means "one who holds snake". In Indian mythology, it is believed that the name spelled Sheshdhar represents Lord Shiva, who holds the snake on his "shesh", i.e. on his head.

28. Vasuki (Sanskrit origin) means "King of the serpents". The name is a famous snake in Hindu mythology.

Many parents take time to ensure that their child gets an opportunity to live their lives the way they want. So, to help you select some gender neutral names we have compiled this list though really most of the names on this list can be used for any gender.

29. Coatl (Nahuatl origin) means "snake".  This gender neutral name is also one of the day signs in the Aztec Calendar.

30. Nyoka (Swahili origin) means "snake". The gender neutral name was more in the highlight after it was named for a fictional character in the Edgar Rice Burroughs' novel 'Nyoka the Jungle Girl'.

Kidadl has lots of great baby names articles to inspire you. If you liked our suggestions for names that mean snake then why not take a look at our ultimate guide to 'Game Of Thrones' dragons or famous sword names.